‘If no one looks at you, your wife says maybe she is better with another guy’: Mauricio Pochettino uses strange analogy to explain why uncertainty over his future is a help for Tottenham

Mauricio Pochettino has expanded his repertoire of unusual analogies in an attempt to explain why uncertainty over his future is a help rather than a hindrance in getting players to commit to Tottenham.

Dele Alli signed a new long-term deal with Spurs this week and it is understood the club are hopeful Christian Eriksen will soon follow suit.

Those developments come at a time when it is being asked, quite reasonably, whether their Argentine manager will soon feel he has taken the club as far as he can. It was Pochettino himself who fuelled that narrative by speaking last week of his frustration at the delays to Tottenham’s stadium move and the associated restrictions in spending. 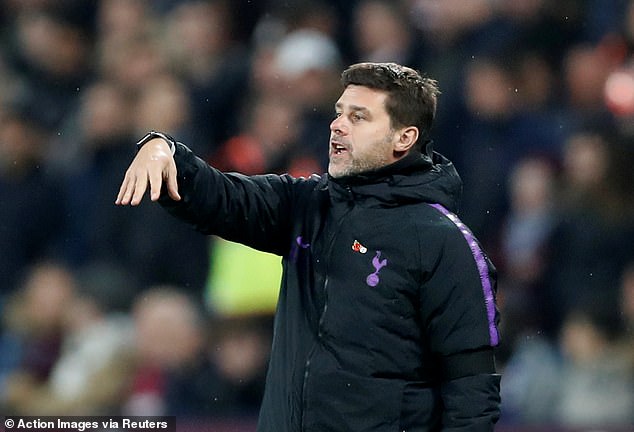 It wouldn’t take an enormous leap to believe the club’s leading players could be unsettled by whispers of outside interest in their manager, namely from Real Madrid, but Pochettino sees it quite differently.

‘It is like with our girlfriend or wife,’ he said. ‘When you are like this, walking down Regent Street (holding hands) and she is so proud about you because another woman is looking at you. Your wife, rather than be worried, is happy to be with you, in love with you.

‘If no one looks at you, your wife says maybe she is better with another guy.’

The quirky analogies are becoming a theme in Pochettino’s briefings, with his talk of cows and trains in September and a comparison on Friday between his club and a boat that is getting closer to a harbour, imagery relating to Tottenham’s proximity to silverware.

Pochettino maintained on Friday that they are ‘very close’ to that breakthrough, but it is entirely fair to wonder if he will still be in charge when they do, because the club’s transition via a new stadium is posing a restriction on what they can spend. 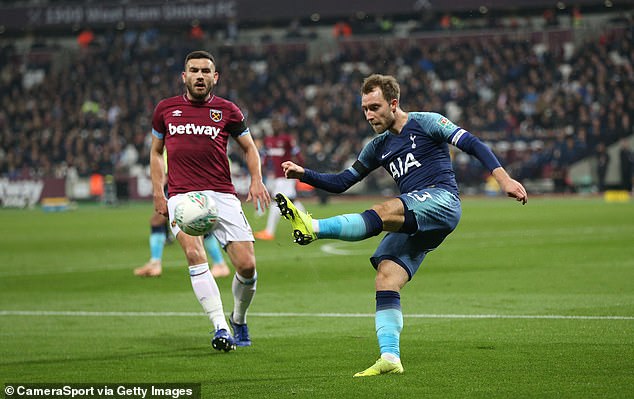 It will be interesting, therefore, to see how Spurs approach the January market, having signed no one in the summer.

‘We need to be careful how we manage January,’ Pochettino said. ‘It is not a window where you can do many things and not affect the dynamic of the team and the group.

‘If you are doing well and you arrive in January, no-one is going to change too much. But the teams that are not so good they change maybe 10 players. Ten out. Ten in. Because they need to spark the dynamic. Always we need to know what happens when we arrive. Are we going to have the possibility to fix problems or are we going to manage in the same way? It always happens like this.’

Tottenham face Wolves on Saturday evening with the unusually late kick-off time of 7.45pm for a Saturday fixture.

‘At 7.30pm on a Saturday I am usually sat on my sofa with my dog Sansa and watching the Spanish league or France,’ Pochettino said. ‘It will be strange for my dog, not for me. “Where is my dad?” she is going to say. She is beautiful and I am in love with her.’