OLIVER HOLT: Patrick Vieira was NOT in the wrong for his reaction to the pitch invasion at Goodison Park… fans and clubs MUST starting taking responsibility to ensure that order is restored

There have been suggestions over the 48 hours since the incident happened that Patrick Vieira may be charged by the FA for the altercation he had with a goading, shouting, rambling, taunting, swearing, abusive Everton fan who ran through the chaos of the Goodison Park pitch on Thursday and chose to celebrate his side’s deliverance from relegation by baiting the Crystal Palace manager.

‘Suck on that, you muppet,’ the Everton fan yelled at Vieira, as he danced unsteadily around him in the post-match mayhem, flicking the V-sign in his face. Then he shouted: ‘Whaaaaaay, f*** off.’ We know all this because the Brain of Britain in question was filming it on his mobile phone, hungry for a moment of fame, caring little that it was a moment of ignominy.

He seemed surprised when Vieira, who was being jostled and surrounded, reacted and kicked out at him. So surprised that he fell over. People like him have grown used to the impunity of social media where they can hurl abuse at whomever they want from a safe remove and, unless the abuse is particularly egregious, there will be no repercussions. When you shout abuse at someone face-to-face, often there are consequences.

The idea that somehow Vieira is the person who has done something wrong here is a sick joke. Football and the people who run it should be under investigation, not the Crystal Palace boss. Football — the Premier League, the FA, Everton — left him unprotected in the middle of a mob. They put him in harm’s way. They left him vulnerable to attack in his place of work. It is the pitch invaders and the authorities who enable them who should be under investigation, not Vieira.

So I’m sorry to resort to a cliche favoured by previous generations but given that these scenes of mob violence at our football grounds feel like a throwback to the Eighties, maybe it’s apt: the FA should give Vieira a medal for what he did at Goodison, not criticise him or investigate him or sanction him.

Enough is enough. If no one at the Premier League or the Football League was going to make a stand, then thank God for Vieira. Players and managers have become sitting ducks at our grounds. It was about time one of them signalled that the danger they are being subjected to is utterly unacceptable before someone is killed. 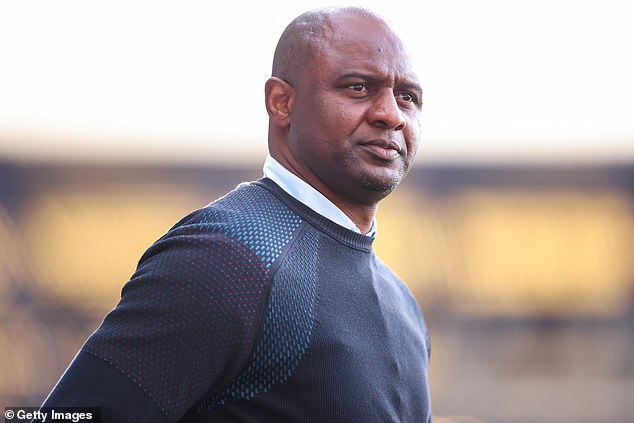 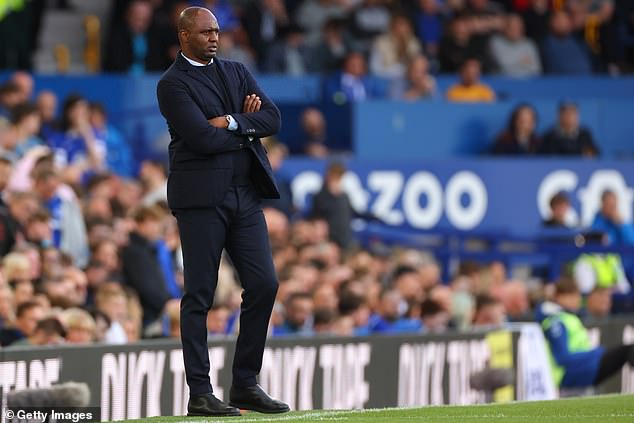 Accuse me of hyperbole for that if you want but think about it first. I still hear people saying that we need to do something about pitch invasions before a player or a manager is seriously hurt. But somebody already has been seriously hurt. Sheffield United’s Billy Sharp needed medical treatment after being flattened by a fan in the aftermath of Nottingham Forest’s play-off victory over the Blades at the City Ground last week. Forest season-ticket holder Robert Biggs was jailed for six months and banned from football grounds for 10 years for his sickening assault on Sharp, who was standing on the touchline as fans invaded the pitch. Biggs launched a flying headbutt at Sharp, who did not see the attack coming. He suffered cuts and bruises. He was lucky, in a way. It could have been a lot, lot worse.

In another world, supporters running on to a pitch to celebrate would be a demonstration of spontaneous joy. But this is a football climate where joy often curdles quickly and turns to anger or provocation or mockery.

I was at Edgeley Park last Sunday to see Stockport County seal promotion to the Football League after 11 years lower down the pyramid and, even though it is tempting to look the other way when it is your own club, there were seeds of concern in the pitch invasion that happened at the end of the game against Halifax Town.

The fans were massing on the touchline five minutes before the end. Any pretence at keeping them at bay had been abandoned. I was worried initially that they would invade the pitch before the end and the game would be abandoned. That didn’t happen but I watched the referee in those final seconds and he started sprinting for the tunnel before he blew the final whistle. 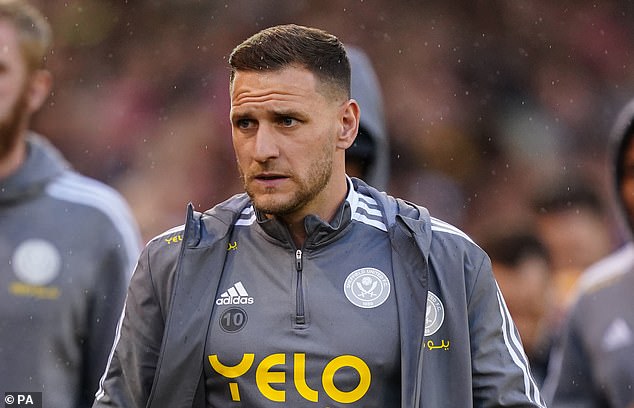 Then the crowd poured on. And there was joy. And, as far as I’m aware, none of the Halifax players or staff was manhandled. And I saw Stockport’s centre-forward Scott Quigley dancing with the fans and other players being carried aloft. But again, the joy was not enough. Other fans ran towards the Halifax supporters and threw missiles into their ranks. Some Halifax fans returned fire. It was not a good look.

There has been a sense this past week that English football’s social contract has been broken. The assumption has generally been that the pitch is sacrosanct and that anyone who encroaches on it is committing trespass and will be dealt with. That contract, though, requires mutual respect for it to work and that respect has gone.

A pitch should be like the stage at a theatre. The audience stays off it. That was one of the reasons Will Smith’s incursion at the Oscars ceremony when he marched on to the stage and slapped Chris Rock felt so shocking. It breached a convention. People worried it would spawn copycat attacks and, this month, a man leapt on stage and attacked the comedian Dave Chappelle as he performed at the Hollywood Bowl. When a convention is broken, it is as if a wall comes down. It is the same at football. One pitch invasion has spawned others. Often, broadcasters, desperate to confect the passion their meddling with the game’s traditions has eroded, lionise these infractions only to recoil when they realise quite what they have helped unleash.

So what is to be done? Some have suggested a return to the fences of the Eighties. That must be avoided at all costs. Football is not worth going to if we return to treating supporters like animals. That would be a sign of defeat.

But the breakdown in order at games cannot be allowed to continue. The game, in the Premier League at least, is awash with cash. Some of it must be used to ensure the safety of its participants because, without being able to guarantee that, we do not have a game. At a ground like Goodison Park, there is no excuse for what happened to Vieira. 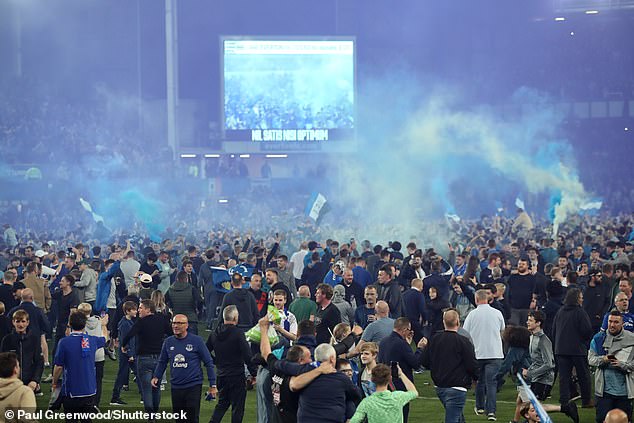 As a first step, if clubs cannot pay for the security and the policing to prevent invasions, then they must pay for protection for men like Vieira and Sharp and the Swindon players who were attacked by Port Vale fans at the end of their League Two play-off game last week.

Beyond that, we have reached the stage where clubs must be punished for the actions of their fans. Their actions are the club’s responsibility and they must face up to that. They must be warned that a pitch invasion will result not just in a fine but in playing a match behind closed doors and, beyond that, the deduction of points.

It is a shame the few have spoiled it for the many but, from now on, anyone who runs on to the field of play should expect to be prosecuted and banned from the stadium. We live in a society where we are told we can be anything we want to be and that expertise is a myth but it is time to remind supporters their place is in the stands. The pitch is the preserve of the players.