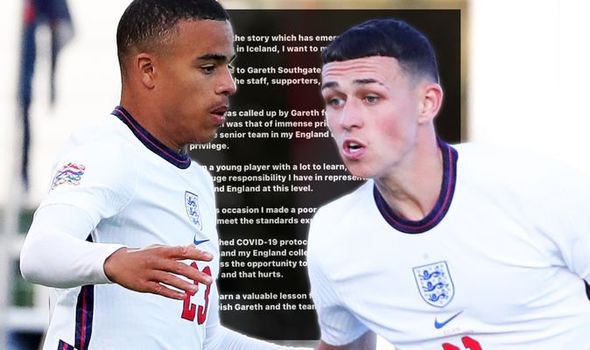 Phil Foden has put a statement apologising for his “poor decision” which led to Gareth Southgate axing him from the England squad to face Denmark on Tuesday. Foden and Mason Greenwood were labelled “naive” by England boss Southgate after breaking quarantine guidelines in Iceland.

According to reports in Iceland, both Foden and Greenwood allegedly met two girls in the same hotel their England team-mates were staying.

But they were said to have met in a separate part of the hotel that England players and staff were staying in.

The duo were condemned for leaving England’s bio-secure bubble.

And they were even fined by Icelandic police for breaking the country’s coronavirus rules. 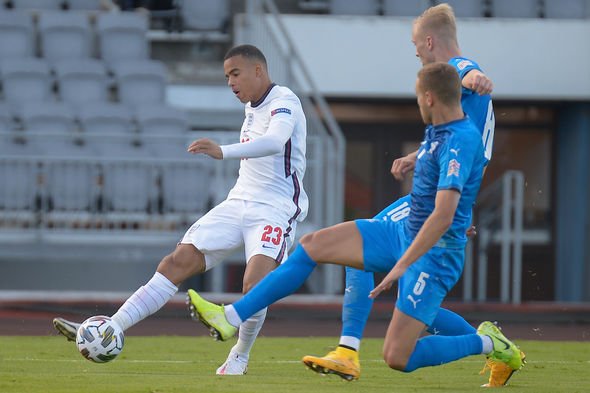 Southgate addressed the matter in his press conference ahead of England’s match against Denmark.

“It’s a very serious situation and we have treated it that way and have acted as quickly as we have been able to,” he said.

“We have dealt with it appropriately. I recognise their age but the whole world is dealing with this pandemic.”

Kalidou Koulibaly salary: How much does the Man City target earn?

And Foden has now released a statement, apologising for his actions and insisting he will learn from his mistake.

He wrote on Instagram: “Following the story which has emerged today regarding my actions in Iceland, I want to make a fully apology.

“I apologise to Gareth Southgate, to my England team mates, to the staff, supporters, and also to my Club and my family.

“When I was called up by Gareth for these games, my first reaction was that f immense pride. To pull on that shirt for the senior team in my England debut was an incredible privilege. 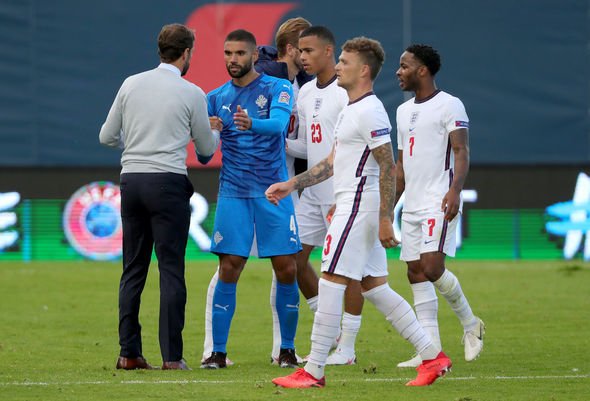 “I am a young player with a lot to learn, but I am aware of the huge responsibility I have in representing Manchester City and England at this level.

“On this occasion I made a poor decision and my behaviour didn’t meet the standards expected of me.

“I breached COVID-19 protocols put in place to protect myself and my England colleagues. As a consequence I will now miss the opportunity to travel to Denmark with the squad, and that hurts.

“I will learn a valuable lesson from this error in judgement and I wish Gareth and the team good luck this week.”