Pep Guardiola keeps his eyes on the prize as he kick-starts Man City’s recovery following defeats by Leeds and Chelsea… now, after beating Aston Villa, he only needs eight more points to see his side crowned as Premier League champions once again

Pep Guardiola has not always resembled a manager owning such an imposing lead recently.

He has looked a bit miffed, peeved about the persistent chatter surrounding his rotation policy. Perhaps launching such impassioned public opposition to the European Super League served as light relief.

This has been a strange period for Manchester City and juggling all four competitions proved too much in this relentless season. They possess a fabulous squad but found it is not so deep and powerful that they could just swat away Chelsea in an FA Cup semi-final with half-a-dozen first-choice starters watching on. 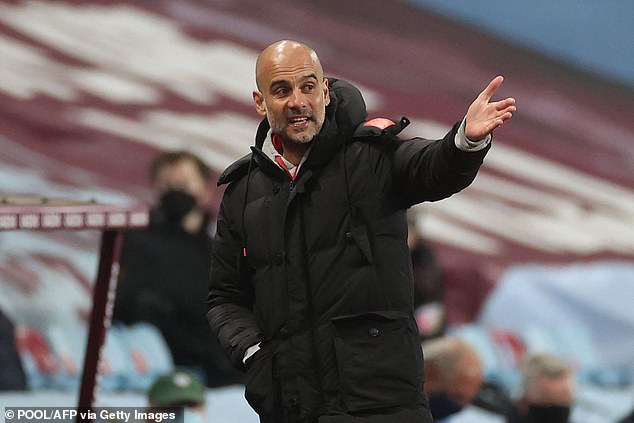 Privately, Guardiola will have known that as he travelled to Wembley last weekend for a tie that now feels like a lifetime ago.

Those changes were a consequence of what had occurred against Leeds United a week prior and there is an argument that Marcelo Bielsa actually did more to knock City out than Thomas Tuchel. That stoppage-time defeat by 10 men altered Guardiola’s plans, made him rethink the next two games.

He trusts all of his players but did admit some of those picked in attacking areas in the semi-final – namely Raheem Sterling – were struggling for form and confidence. 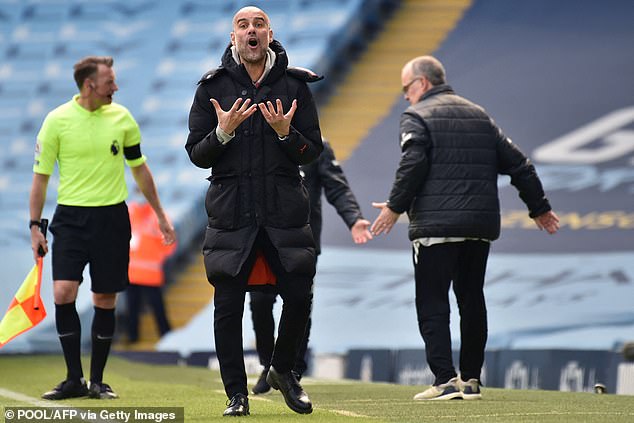 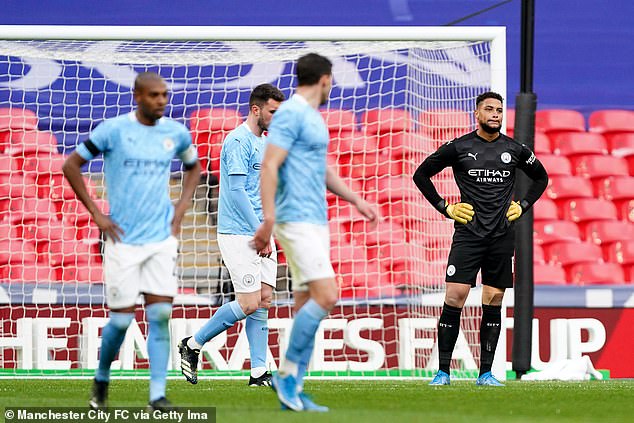 Gamble is the wrong word, but there is absolutely no doubting that the Premier League took priority after the Leeds reverse.

Guardiola’s mantra is that the league takes precedence – anything else is a bonus – and he could simply not bear the prospect of ceding such an advantage to Manchester United, who have lurked with intent over recent weeks.

Aston Villa became more important with the lead cut to eight points. City know all about a late run to pinch a title, of course.

‘To the English clubs: well done, let’s get back to football,’ Guardiola said on Wednesday night. ‘It’s over. The focus is on the game. We are so concerned with what we have to think about.’ 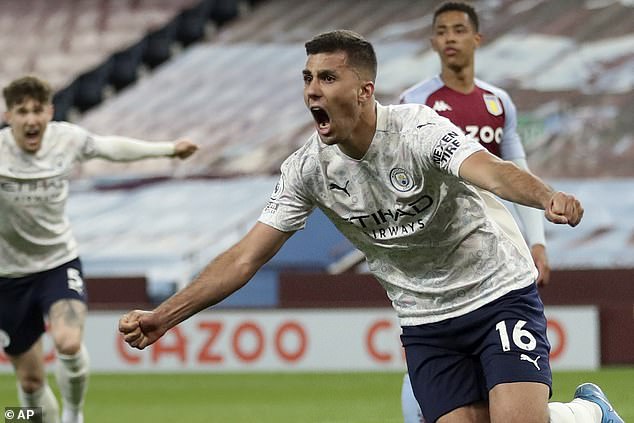 Concerned the key word there and he will feel vindication as City rallied after gifting Villa a goal within 20 seconds, bossing proceedings for 44 minutes and then making sure they left with a result after trading red cards.

Maybe they will still win this league at a canter and maybe hindsight will dictate that Guardiola could have gone full strength at Wembley.

But he does not know that right now and a third title in four years is paramount – even to a club that fancied jetting off with the cabal.