‘You have to be pushed to win it… we still don’t have that feeling’: Pep Guardiola urges Manchester City fans to embrace Champions League or face another year of European heartache

Pep Guardiola is in such credit with Manchester City’s fans that he felt emboldened enough on Monday to tackle the thorny issue of the club’s stay-away supporters — unprompted and with no fear of reproach.

His 322-word message was delivered with clarity: the manager wants proper backing from the City fans in the Champions League.

‘One important thing to win this kind of title is you have to be pushed, not just by the manager, by everyone surrounding Manchester City that we have to win it — and still we don’t have that feeling,’ Guardiola said last night. 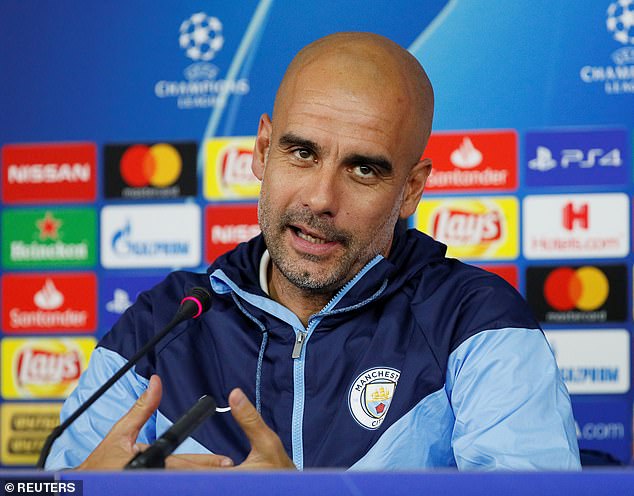 ‘That feeling that the fans are pushing that we have to win the Champions League — in this competition you need something special and still I don’t feel it.’

The Etihad Stadium is rarely full on European nights. There is apathy towards the competition, born of a dislike for UEFA, and that is never more overt than during the anthem when thousands boo in unison.

Sportsmail revealed Guardiola’s worries about the atmosphere at the Etihad 18 months ago, when he suggested to chief executive Ferran Soriano that finding a solution was a priority.

Even now, with City favourites for the competition and ready for a double-header against Shakhtar Donetsk as they aim to take control of Group F, he is playing down the prospect of lifting the trophy. 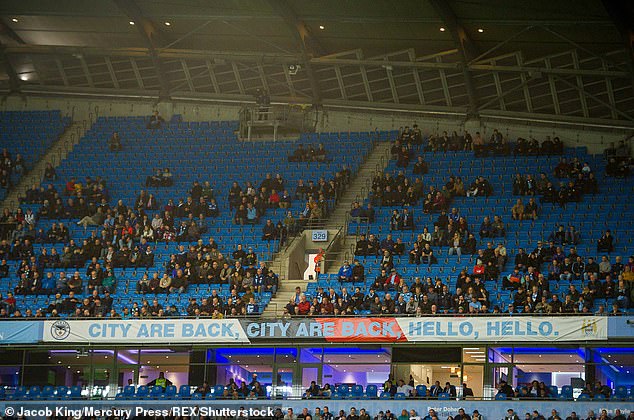 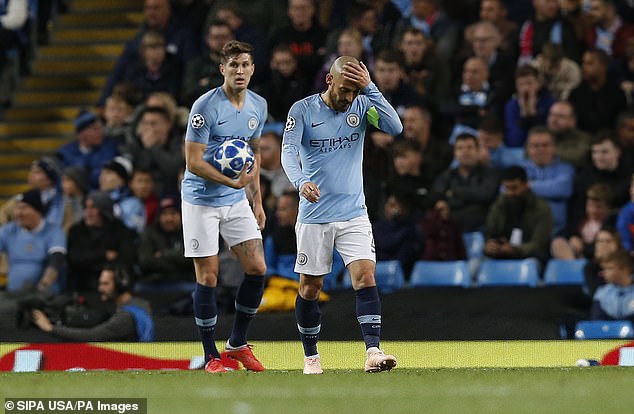 ‘I saw last season and this one that in many circumstances, the club that we are, still we are not ready to win it,’ Guardiola added. ‘That’s what I feel. That doesn’t mean we are not going to try.

‘To win this competition it’s not enough just to have desire. I was born in Barcelona and when you start to play, they inoculate it into your blood and body that the only way to survive is to win.’

These were pointed, calculated remarks and so too were his comments on the influence of former Shakhtar man Fernandinho.

Guardiola described the midfielder as ‘extraordinary’ on Saturday against Burnley and followed that by saying he would ‘make every manager the luckiest and happiest in the world’.

Fernandinho is so revered at Shakhtar that they still write to him. Letters signed by president Rinat Akhmetov arrive at City’s training ground every May to mark his birthday and a congratulatory card was sent when his daughter, Mariana, was born in 2017. 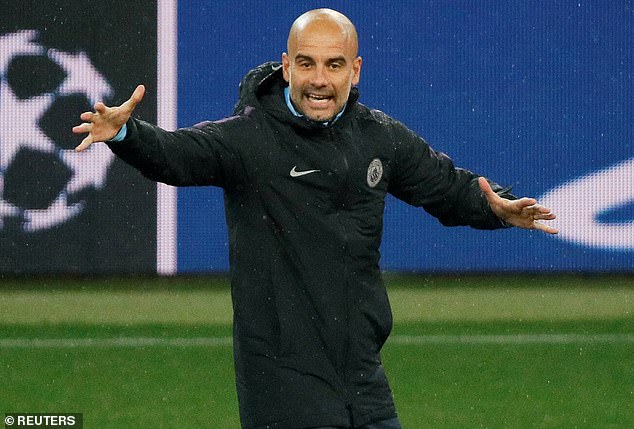 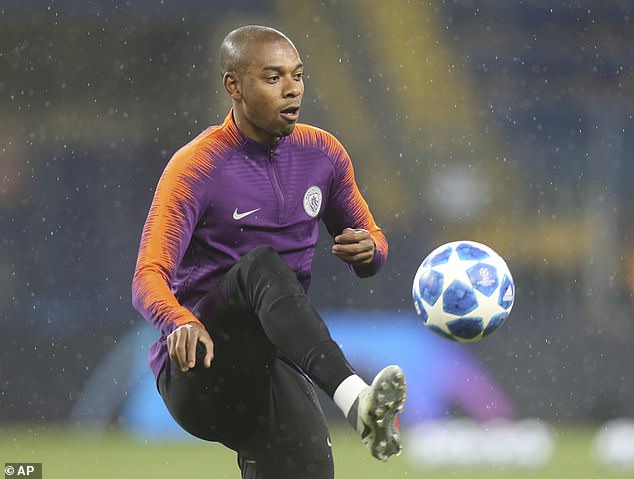 The Brazilian, who left Shakhtar five years ago for £34million, is in Kharkiv on the back of playing some of the best football of his career. His impact is still growing — even at 33 — and fitness is the key. Fernandinho revealed this is the sharpest he has ever felt.

‘I don’t know why,’ he claimed, although the lack of international football — and regular 12,000-mile round trips — has clearly helped.

‘I had a rest last week. I’ve been in Dubai with my family. When you are out of international duty, you can forget just a little bit about football. You can spend more time with your family and clean your mind and body. It helps a lot. Maybe I am finished with Brazil, I don’t know. We’ll see.’

Fernandinho needs to be on alert tonight, given Shakhtar have 31 goals in 12 league games and scored two in each of their opening Champions League draws.

City lost here last year, albeit in a dead rubber, and need a result if Group F is to be straightforward from here on in. If not, Guardiola will need those supporters more than ever before.