Paul Scholes has taken Roy Keane’s side after the Sky Sports pundit took aim at Manchester United’s lack of leaders last weekend. Keane was left frustrated by the performance in the 1-0 defeat to Arsenal at Old Trafford and made it clear that he felt Ole Gunnar Solskjaer’s were lacking characters in the dressing room.

United failed to build on their magnificent 5-0 win over RB Leipzig in the Champions League as they were succumbed to defeat by the Gunners on home soil.

After the game, Keane said: “I don’t see any leaders out there, right through the whole team from the experienced players.”

Speaking ahead of the Champions League visit to Istanbul Basaksehir, Scholes sided with his former midfield partner.

“Anything Roy says, I tend to agree with,” he said on BT Sport. 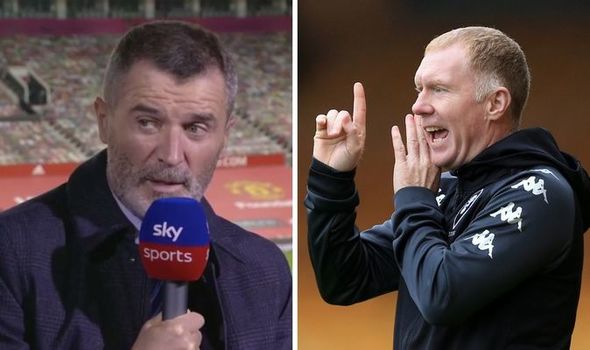 “I think Harry Maguire is a good leader. There isn’t many in the squad possibly Bruno Fernandes could be.

“The problem he has had is with his 1 on 1 defending and Lindelof next to him which is why they’ve needed so much protection.”

Keane’s comments did not sit well with United captain Maguire, who launched a defence of his team-mates ahead of the trip to Istanbul.

“But we don’t look at what’s happening, especially after a negative result, we don’t bring the negativity into the place, we stay positive.

“Obviously, as the captain I focus more on the team than the individual. Defensively we didn’t start in the best shape against Crystal Palace, we were too open.

“Against Tottenham we left ourselves go, especially when we went down to 10 men. To concede six in any game, especially at this club, isn’t good enough so we’ve worked hard on that since we’ve come back from the international break. 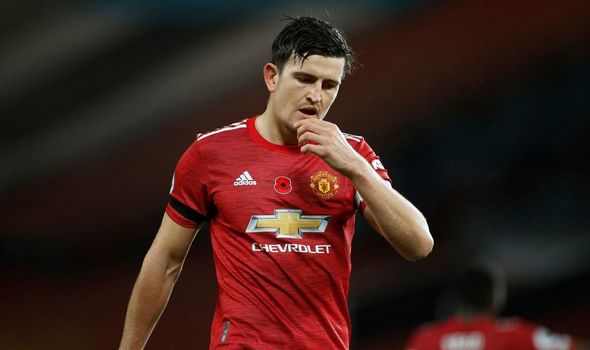 “Since then we’ve been really good and not conceded many chances at all. We feel like we’re on the right track and we’ve got the balance right.

“The main thing is working hard, coming into training each day, trying to improve. We want to be consistent.

“I feel at the start of last season we were a bit inconsistent with our performances and the results showed that, then we found some consistency after the lockdown period and reached Champions League football.”

United are looking to make it three wins from three in Turkey in Group H, which would stand them in good stead of reaching the last 16 as group winners.