Manchester United legend Paul Scholes has made it clear Ole Gunnar Solskjaer will have to replace Edinson Cavani this summer if the Uruguayan leaves at the end of the season. Cavani scored twice as United brushed aside Roma 6-2 in an emphatic Europa League semi-final first leg win at Old Trafford on Thursday. The forward has now scored 12 goals for United since his free transfer last summer.

Cavani only currently has a one-year deal with United, with reports claiming he is keen to return to South America.

The 34-year-old has sometimes been used sparingly by Solskjaer, with Marcus Rashford, Anthony Martial and even Mason Greenwood used as the main central striker.

But Scholes says Cavani’s performance on Thursday proved the difference of having a natural No 9, making it clear Solskjaer must replace him if he were to leave.

Scholes said on BT Sport: “[Cavani] was sensational. As you say, an all round centre-forward performance. 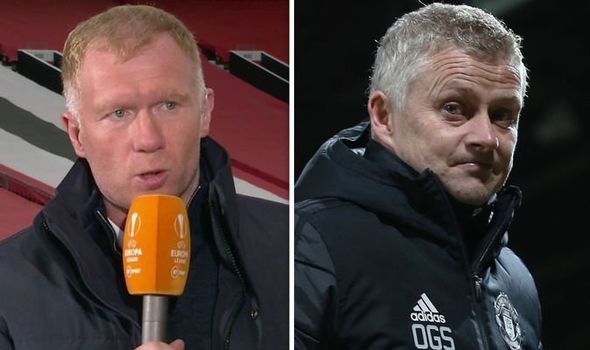 “You’ve seen your Marcus, your Mason, your Martial – we’re not quite sure they’re centre-forwards. Tonight that tells you, that is a real centre-forward up there.

“What a brilliant finish the first one was. Gave the keeper no chance.

“And a sniffers goal as well. It was a brilliant all round performance. Just disappointed he didn’t get the hat-trick really.” 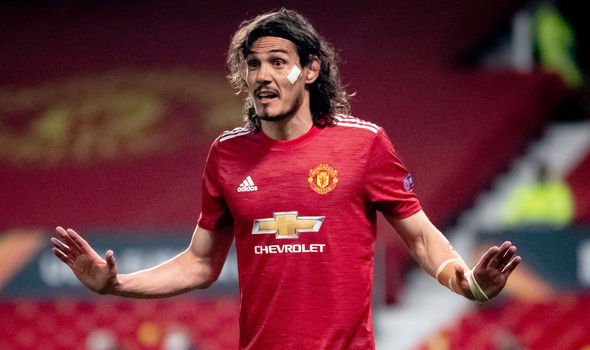 When asked about Cavani after the match, United boss Solskjaer said he is doing all he can to convince the forward to stay for another year.

“He knows my feelings, he knows that I would love to have him for another year, we have spoken about it,” Solskjaer said.

“I understand this year has been very difficult, but I promised him that Old Trafford and Manchester is a different place with fans in the stadium.

“I’m doing my best, nights like this [help], hopefully we can get to the final and hopefully he can see himself being here for another year.

“We don’t have to sell the club to him. It’s about the feeling he gets coming into training every day, the environment we created, the team we are creating that he is a part of.

“He has to feel what it’s like to score those goals at the Stretford End with fans, it’s a different feeling.

“We’ve got the best fans and, as a goalscorer, there is no better feeling than scoring and celebrating in front of them.”