Ole Gunnar Solskjaer’s tactical tweak looks like it has got the best out of Paul Pogba at Manchester United. Something Jose Mourinho simply could not do when he was in charge at Old Trafford.

In comparison to Jose Mourinho’s treatment of the France international, the Red Devils coach has done what The Special One could not – get the best out of Pogba.

United were in breathtaking form in the Europa League after thrashing AS Roma 6-2 at Old Trafford.

That is despite the Italian side going into the second-half 2-1 up – with Solskjaer’s men steamrolling their opponents in 45 minutes. 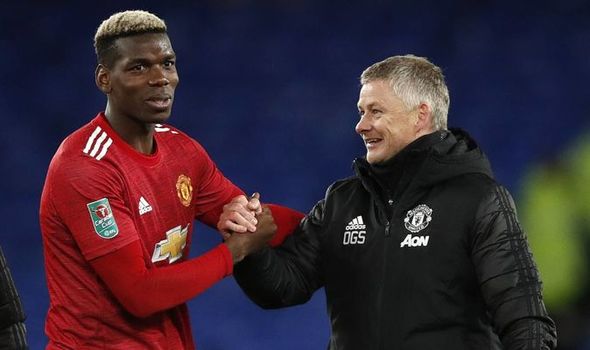 One of the standout stars was Pogba, whose one goal did not do him justice after a glistening display along with Bruno Fernandes and Edinson Cavani.

The World Cup winner was deployed on the left-wing, not necessarily a new usage of his services from Solskjaer but it worked with devastating effect on Thursday.

In 12 appearances on the flank, he has scored two and made four assists but this felt like a breakthrough moment for the ex-Juventus star.

Pogba appears to be in the form of his life, playing with a smile on his face and combining well with Fernandes.

It spells danger for teams next season after the 28-year-old missed large portions of this campaign through injury.

Now in full fitness, Pogba can cause devastation to team defences in the coming years at United and they can finally see some value in the then-world record £89m fee they paid back in 2016.

And it is all down to Solskjaer, who appears to have worked some magic with the midfielder – by using him as a winger.

He has picked up where Mourinho disastrously failed – who only alienated the mercurial talent and threatened to let him go. 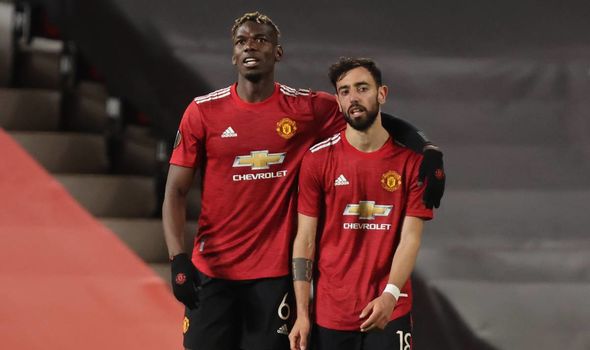 One infamous incident between the two saw the Portuguese coach brand Pogba a “virus” in a dressing room rant.

Mourinho, now sacked from Tottenham after fractures with his players, never wanted the Frenchman and did not see him as his ideal central midfielder, instead opting for the more industrious Ander Herrera and defensively stoic Nemanja Matic.

It may have never even occurred to the ex-Real Madrid coach to utilise the obvious skill of Pogba in another area of the pitch.

However, Solskjaer has done that and more – and that can only be good news for United as they chase the biggest prizes. 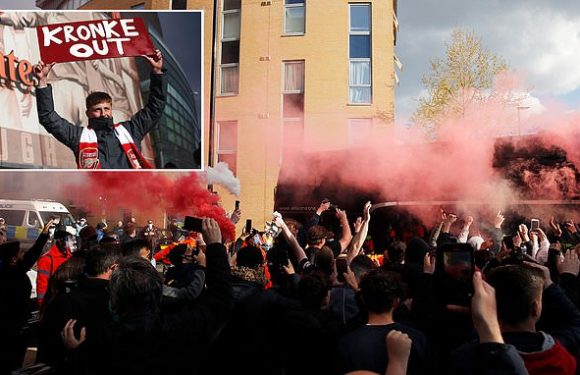