The jury in the trial of former football star Paul Gascoigne, who is accused of sexually assaulting a woman on a train, will continue their deliberations on Thursday.

The 52-year-old ex-England midfielder denies the offence, saying it was not sexual, and that he kissed the stranger to boost her confidence after he heard someone call her fat.

The jury, who were sent out on Wednesday, were told they can consider a lesser, alternative count of assault by beating if they clear him of sexual assault.

Teesside Crown Court has heard the complainant was on a York to Newcastle train in August 2018 when Gascoigne, who was loud and swearing, drunkenly sat down next to her, tapped her on the arm, grabbed her by the cheeks and planted a sloppy kiss on her lips.

In her closing speech to the jury Michelle Heeley QC, defending, told jurors the former footballer kissed a woman who was not expecting it and did not like it, but that did not make him a sex offender. 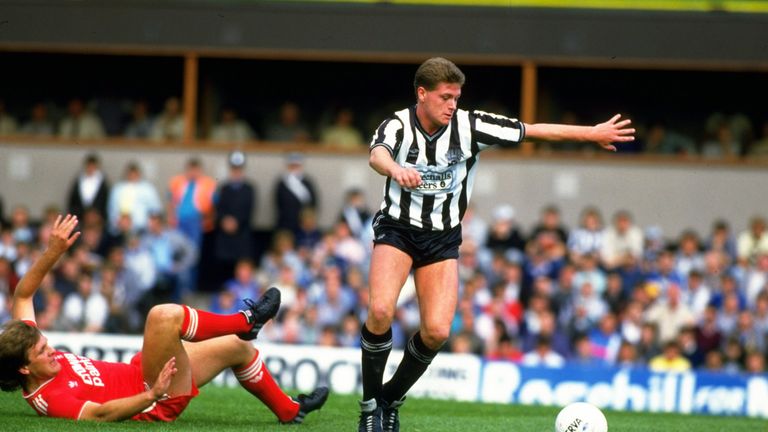 Speaking about the alternative charge, she said: “You may think, 14 months after this incident, this is really a sexual assault, or nothing.”

Referring to his illustrious international career, she said a kiss could mean many things, including a celebration “when you score one of the greatest goals England has ever seen, against Scotland in Euro ’96”.

She said the kiss lasted two or three seconds, on a packed train, and was not preceded by any “lecherous comment”, touching or groping.

Miss Heeley said: “You cannot be sure Mr Gascoigne had a sexual intent.

“He has been consistent throughout, he didn’t kiss (the complainant) for any other reason in his mind than to reassure her that she was not fat or ugly.”

She said it might have been “misplaced”, but it was not sexual.

In his closing speech, prosecutor William Mousley QC said Gascoigne had repeatedly lied about what happened, and that someone had abused the woman.

He said: “There’s an obvious reason as to why he lied and that’s because he knows he is guilty of sexual assault but wants to put up a smokescreen, cause a diversion, suggest it was not as it so obviously was.”

Mr Mousley said of the kiss: “Either it was an unpleasant assault, or it was an act of kindness. Guilty if the former, not guilty if it were the latter.” After she was kissed, the woman, who cannot be named, was shocked and a fellow passenger challenged Gascoigne, saying: “What you have just done is sexual abuse.”

Police later traced Gascoigne to a hotel in Jesmond, Newcastle, and when an officer spoke to him on the phone, prior to arrest, the footballer said: “I know what it’s about, I kissed a fat lass.”

When he gave evidence, Gascoigne said he was trying to reassure his alleged victim after he claimed to have overheard someone say of her: “You don’t want a photo with her, she’s fat and ugly.”

He spoke of his own battle with his weight, struggles with bulimia and bullying suffered by family members.

Gascoigne said that he came and sat next to the woman, telling her “take no notice of what they say” and “listen, you’re not fat and ugly”.

He denied being drunk at the time, telling the jury he had undergone an operation in Australia to have pellets implanted in his stomach which would make him “spew up” if he drank spirits.

The defence showed the jury pictures of Gascoigne kissing and being kissed by other people, including former footballers Steve Bull, Ian Wright, Ally McCoist and Wayne Rooney, as well Diana, Princess of Wales.