Ruben Loftus-Cheek is a ‘Swiss army knife’: Owen Hargreaves advises Chelsea ace to specialise as a midfield goalscorer and claims Europa League hat-trick ‘could turn his career around’

Chelsea starlet Ruben Loftus-Cheek needs to rebrand himself as a midfield goalscorer, according to former England international Owen Hargreaves.

After watching Loftus-Cheek bag a hat-trick in Thursday’s 3-1 Europa League win over BATE, Hargreaves described the 22-year-old as a ‘Swiss army knife’ who needs to be less of an all-rounder and focus on finding the net.

Loftus-Cheek had earlier spoken of his willingness to be patient and claimed that ‘good things will come’ if he maintains his professional approach in life and training. 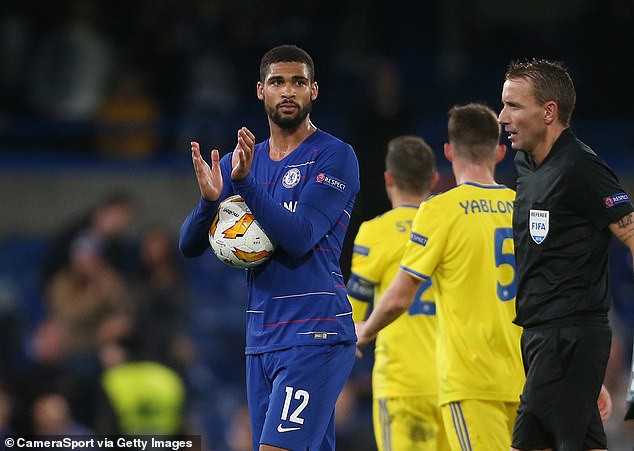 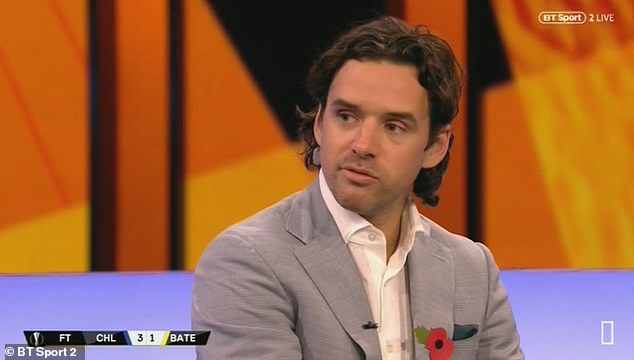 Speaking to BT Sport, Loftus-Cheek said: ‘The first thing in my head is to keep training well and as hard as I can to keep fitness up and keep sharp for when times like this do come, when I get an opportunity to start or come on.

‘First thing is to keep doing the good habits – eating well, sleeping well and training well. If I keep doing that, good things will come.’

But Hargreaves disagreed and told his fellow pundits: ‘He said all the right things in that interview – that he needs to train well, sleep well and eat well. But actually the most important thing he has to do is play football. He needs to play games.

‘Training is… he’s past that point. He’s 22. This hat-trick… in fact, forget the goals… his overall performance was exceptional. He’s almost the perfect midfield player.

‘Before he didn’t really have a position. He didn’t stop anyone like (N’Golo) Kante, he didn’t score goals from midfield like (Frank) Lampard, but today he got three.

‘Ross Barkley has recently started to chip in with goals. If Loftus-Cheek can add this to his game he’s virtually like Dele Alli… he’s an unstoppable force. But this is the first time we’ve seen it this clearly. He’s been on everybody’s lips for a very long time.

‘This today was a dominant performance and this could turn his career around.’ 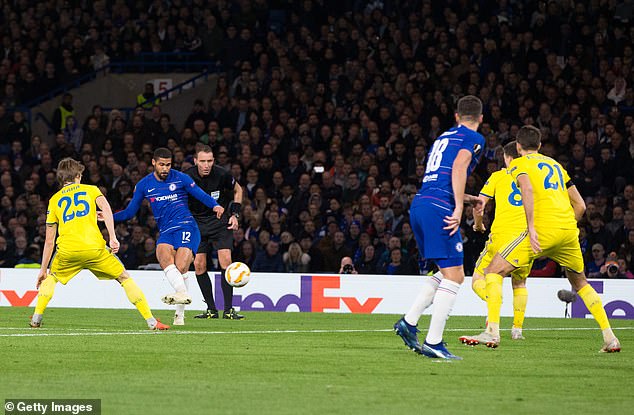 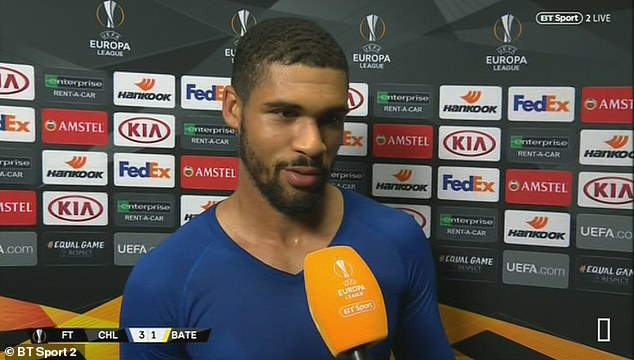 Speaking to BT Sport, Loftus-Cheek said: ‘The first thing is my head is to keep training well’

Hargreaves went on to suggest that Loftus-Cheek could shine as the spearhead of a three-man midfield unit alongside French World Cup winner Kante and summer signing Jorginho.

He added: ‘Kante is the best player in the world in his position. He’s a specialist (at breaking up play). Jorginho is one of the best passers of the ball in Europe. They are specialists in their positions.

‘Ruben Loftus-Cheek is a Swiss army knife, really. He’s got everything.

‘But today he specialised as a goalscoring midfield player and I think if he can give that to his manager he will play him.’ 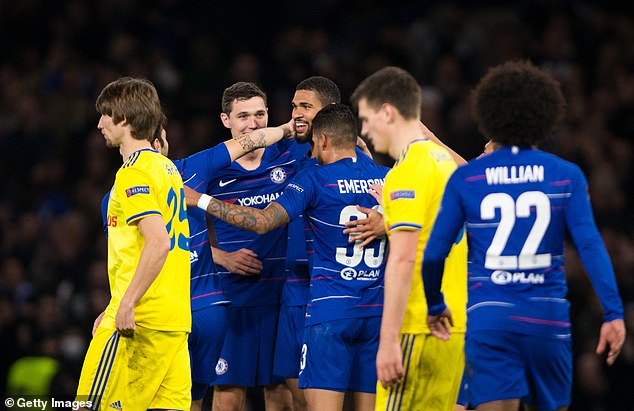