Home » Soccer » ON THE ROAD: Survival experts Darlington do it again

ON THE ROAD: Survival experts Darlington do it again as they snatch FA Cup replay against Walsall

Alun Armstrong knows what it is to be an underdog. When he was at Ipswich, he scored against Inter Milan in the San Siro. ‘I scored in the first leg as well. It was nearly as good as this,’ said the Darlington manager, pointing to where the club’s supporters had finished streaming away.

The National League North club, that has been reborn since bankruptcy and taken over by its fans, had snatched a replay with almost the final kick.

Facing a Walsall side two divisions above but who had lost six successive games, Darlington had been four minutes from the FA Cup second round, where they have not been for 13 years. 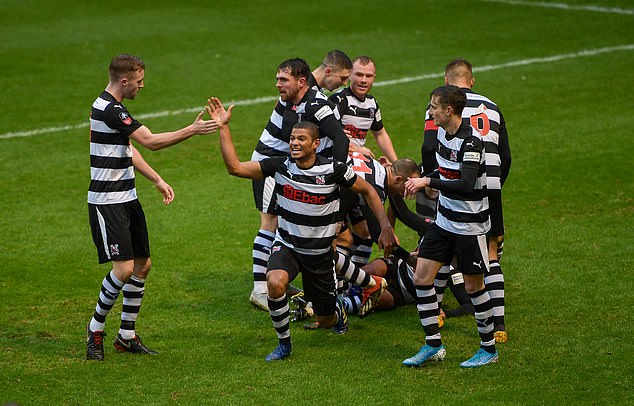 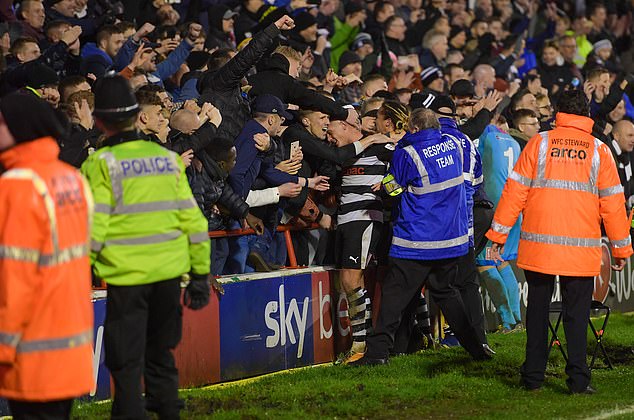 Walsall were down to 10 men. What remained of the game would see three goals and a sending-off that restored the numbers on each side to parity.

In the penultimate minute of normal time, following Caolan Lavery’s leveller for Walsall, Darlington keeper Liam Connell punched Alfie Bates’s corner into his own net to give the League Two side a lead they barely deserved.

When Connell had opened his kit bag in the away dressing room at the Banks’s Stadium, it was to find a good luck message from his young daughter.

This was bitter, even by the standards of cruelties visited on goalkeepers, but the luck wished by Evie Isabella Connell would eventually hold for Darlington.

Seven minutes of stoppage time had gone when the ball broke to Joe Wheatley in the chaos of the Walsall penalty box. In front of the stand which held 1,229 Darlington fans, he prodded in his first goal of the season. The fans flooded on to the sodden pitch. With them was their manager. 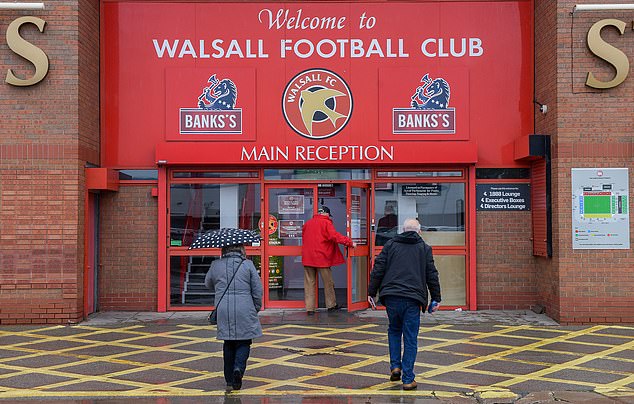 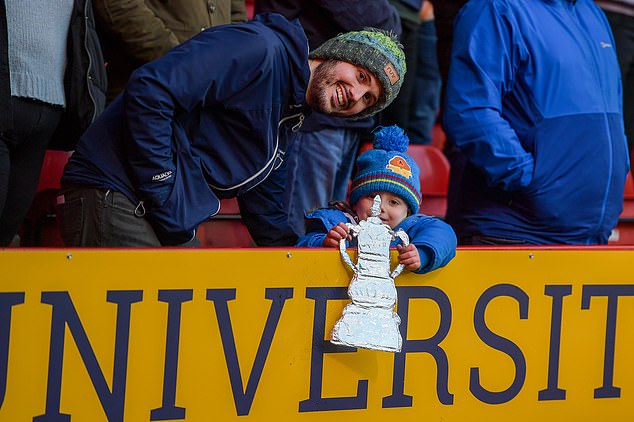 ‘It has been a long time coming for this football club,’ Armstrong said. ‘I thought we were gone when they got the second. I hope the BBC televise the replay. The town and the fans deserve it. They’ve put a million pounds in to keep this club going.’

FA Cup first-round day had been quite an event for the Armstrong family.

Alun’s son, Rhys, was on the bench with him as a substitute, while older son Luke was with Salford City, who earned a rather less dramatic draw at home to Burton. ‘I hope we don’t get Salford,’ said Alun. ‘The last time I played against him I was in charge of Blyth Spartans, Luke was playing for Gateshead and he scored a hat-trick.’

Walsall were once known for cup upsets of their own. Colin Forrester, a retired teacher, was at Fellows Park when Walsall beat Manchester United and Newcastle in the FA Cup in 1975. He was not around when they overcame Arsenal, who were on their way to the 1933 league title, in one of the biggest upsets in the competition’s history. ‘Although Gilbert Alsop, who scored that day, used to sit behind me.’ 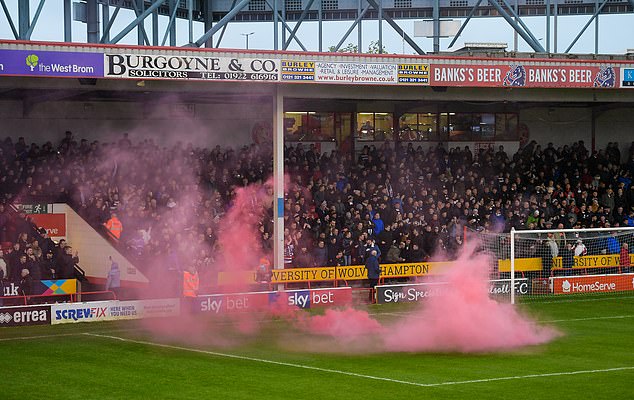 With his club fighting to avoid a second successive relegation, Walsall’s chairman, Leigh Pomlett, acknowledged the fans were ‘frustrated to the point of anger’.

In the 22nd minute, with his side 1-0 down to Omar Holness’s goal, Walsall’s boss Darrell Clarke made a double switch, hooking Rory Holden and Zak Jules early. With his job on the line, Clarke may have felt he had no option.

‘I went to the meet the manager event they had here,’ said Forrester. ‘I said to Darrell Clarke, “I very much like what you’re saying and I quite like you, but I won’t love you until Valentine’s Day because by then we will know”.’

For Walsall and their manager, Valentine’s Day seems very distant. 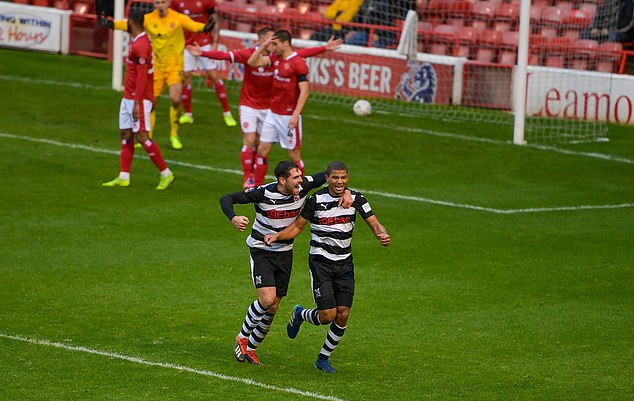