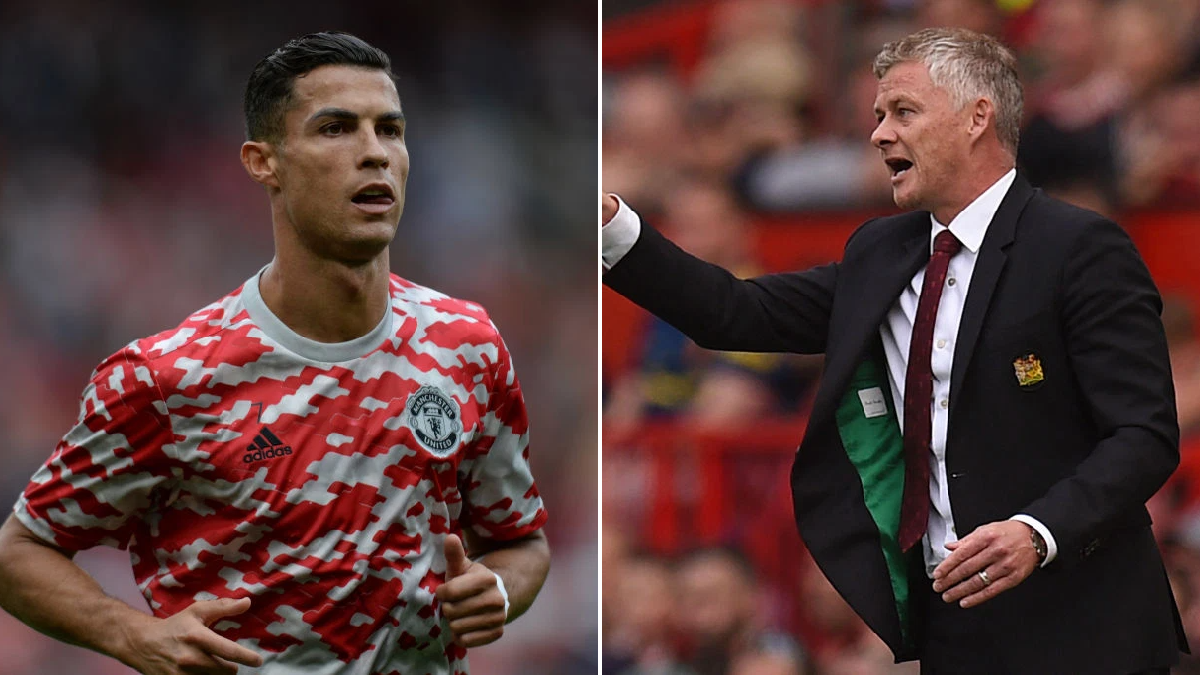 Ole Gunnar Solskjaer has warned Cristiano Ronaldo that he could be left out of some of Manchester United’s upcoming games in order to ‘manage his minutes’.

Ronaldo scored a goal in each half during United’s comprehensive 4-1 Premier League victory against Newcastle on Saturday, following a 12-year hiatus away from the club.

United now have to play three games in nine days starting with a Champions League tie against Swiss side Young Boys on Tuesday, followed up by a Premier League game against West Ham on Sunday and an EFL Cup match versus the same opposition next Wednesday.

With Solskjaer looking ahead to those matches the United manager suggested that he may have to drop Ronaldo in order to preserve him as best he can.

‘Just like Mason Greenwood at the other end of the spectrum at 19, the United boss has warned that Ronaldo may not be able to play every game.

United will be hoping to continue their fine start to the season going into the hectic period, after winning three and drawing one of their opening four Premier League matches of the season.