The Championship club, who were dumped out of the Carabao Cup on Tuesday by Burton Albion, launched an appeal for Ansarifard after first being rebuffed in their attempt to sign him at the start of September and hope for a breakthrough this week.

The 28-year-old is a free agent after leaving Olympiacos in the summer. He has 66 caps for Iran and starred for them in the World Cup, scoring a penalty against Portugal. 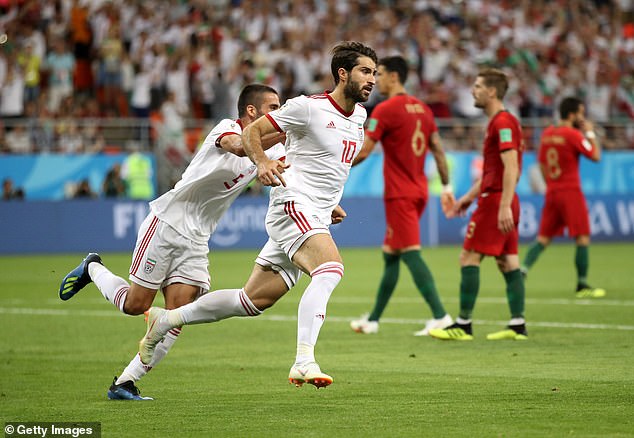 Karim Ansarifard starred for Iran in the World Cup over the summer, netting against Portugal

He scored 18 goals in 34 games for Olympiacos last season and came on as a late substitute in their Europa League win over Burnley in August.

The striker’s arrival would provide a welcome boost for Aitor Karanka with the Forest manager under pressure following their 3-2 humbling at League One Burton on Tuesday.

A furious Karanka was forced to apologise to fans for his team’s performance and has demanded improvement ahead of Saturday’s clash with table-topping Sheffield United.

Forest are seventh, two points outside the play-off positions. 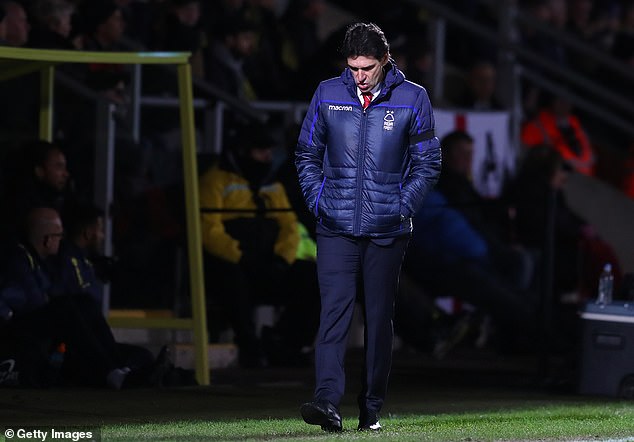