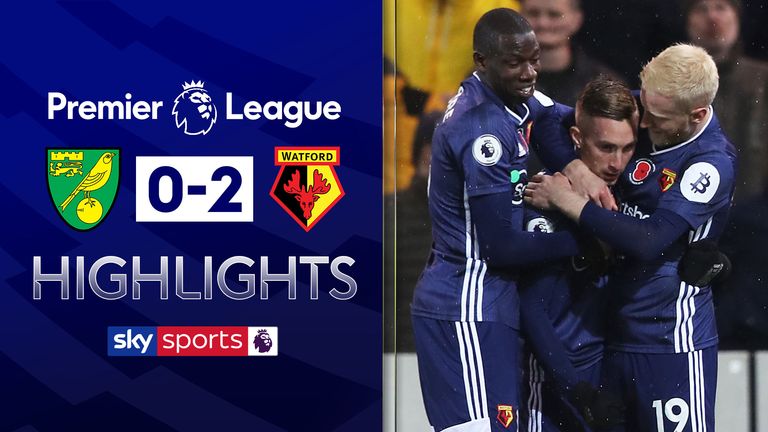 Watford’s first win in 16 league games lifted them off the bottom of the Premier League at the expense of Norwich after a 2-0 victory at Carrow Road.

Gerard Deulofeu fired the visitors ahead after just 76 seconds but Norwich squandered numerous chances to score before half-time against a Watford side who had kept only one clean sheet on the road in 2019.

Andre Gray doubled the lead seven minutes after the break, getting a heel to Deulofeu’s cross with an effort that deflected off Jamal Lewis and beyond Tim Krul.

Norwich were given hope when Christian Kabasele was sent off for a second booking, but found Ben Foster in fine form to deny Lewis with a fine save, before turning Kenny McLean’s effort over too.

An increasingly frustrated Carrow Road watched on as Watford ended the game in control as Norwich squandered their man advantage, leaving them 20th in the Premier League while their visitors jump above Southampton, who host Everton on Saturday, into 18th.

Watford finally get off the mark

Games between sides lacking confidence can often fail to ignite but it took barely a minute for Watford to spark into life, as Deulofeu caught Emiliano Buendia in possession and danced through the home defence before placing the ball in the bottom corner.

A stunned Norwich backline soon had more problems when Watford’s flying Spanish winger turned Will Hughes’ cross wide before they finally threatened an equaliser as Teemu Pukki looked to capitalise on Foster’s venture into no man’s land, but Kabasele made a crucial block. 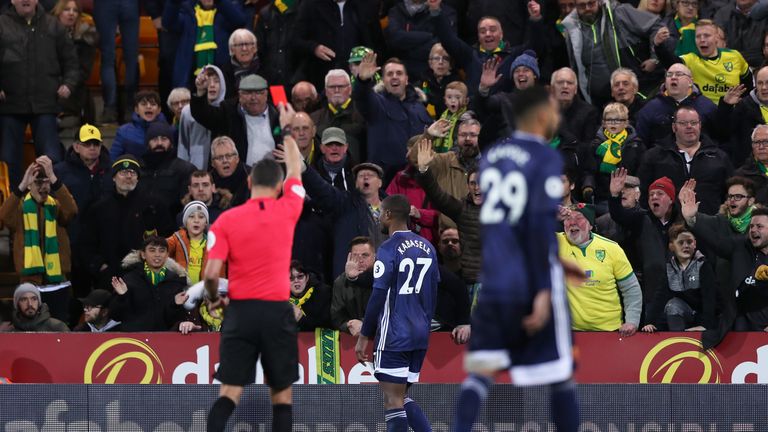 With both sides much more comfortable with the ball than without it, chances were exchanged before the break but the next goal did not arrive until the 52nd minute.

Deulofeu showed his tricky feet again to drift past Alexandre Tettey’s wild challenge on the left before lifting in a cross which left Gray with work to do, but the first-half substitute met it with a deft backheel flick to leave Krul helpless.

Foster was at full stretch to stop Lewis halving the deficit moments before Kabasele received a second yellow card of the night for a needless shove on Josip Drmic in midfield, with the Belgian leaving Watford’s hopes of a first league win since April in serious jeopardy.