Neymar is in talks to extend his contract at Paris-Saint Germain.

The 28-year-old is understood to be happy at PSG at the moment and the club are looking to tie down their star player to a long-term contract.

His current deal at the Parc des Princes, which he signed on his arrival from Barcelona in a record-breaking £200m move in 2017, is due to expire in June 2022.

The Brazil international has been linked with a return to Barcelona in recent windows and handed in a transfer request in June 2019 but he could now be set to extend his stay in France.

The Ligue 1 champions have prioritised extensions for their two star players over any transfer dealings in the January window and Al-Khelaifi said the pair “both want to stay with us”.

Neymar also made it clear he is keen to remain in the French capital after scoring a hat-trick in PSG’s final Champions League group stage game against Istanbul Basaksehir in December. 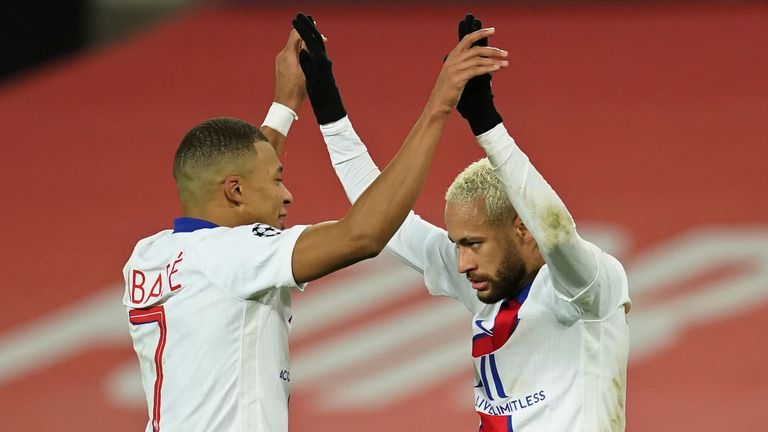 “We need to talk. We have a very good relationship, I am very happy and we will see what happens in the future.”

Neymar returned from an ankle injury on Wednesday night and scored a late penalty as Mauricio Pochettino’s side claimed the Trophee des Champions with a 2-1 win against Marseille.

He made 13 appearances in all competitions this season, scoring 10 goals as PSG are second in Ligue 1, one point off leaders Lyon.