Neymar appeared to accuse Alvaro Gonzalez of racially abusing him in the moments leading up to his clash with the Marseille defender on Sunday night. Paris Saint-Germain forward Neymar was given a straight red after VAR saw him strike Gonzalez on the back of the head, but the Brazilian megastar insists that isn’t the whole story.

Neymar was sent off against Marseille for the second time in his career on Sunday after coming to blows with Gonzalez.

Andre Villas-Boas’ side were leading 1-0 going into the final moments of the game when a brawl ensued in the middle of the pitch.

Dario Benedetto went down easily under Leandro Paredes’ tackle on the halfway line, before a large scuffle broke out and Jordan Amavi was spotted kicking out at Layvin Kurzawa.

Referee Jerome Brisard sent Kurzawa and Paredes off, as well as Amavi and Benedetto, but originally didn’t appear to notice Neymar’s actions.

However, he quickly consulted with VAR officials and brandished a red card for the Brazilian megastar after determining the forward had slapped Gonzalez on the back of his head. 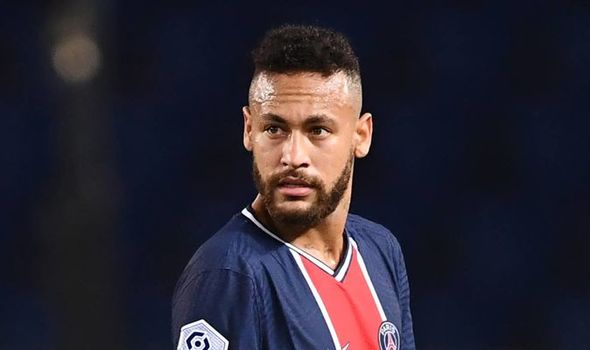 However, on his way off the pitch, Neymar was heard telling the fourth official that he had been racially abused by Gonzalez. The two were engaged in back-and-forth verbals throughout the game and Neymar reportedly complained of racist abuse earlier in the match.

Nothing came off his claims at the time, but the Brazilian took to Twitter afterwards to call for more action.

Neymar claimed in another tweet that Gonzalez called him a “monkey m**********r,” while demanding more be done in the fight against racism.

Gonzalez denied the claims in a tweet of his own, however.

The defender said: “There is no place for racism. Clean race and with many colleagues and friends on a daily basis.

“Sometimes you have to learn to lose and take it on the field. Incredible 3 points today. Allez l’OM Thanks family.” 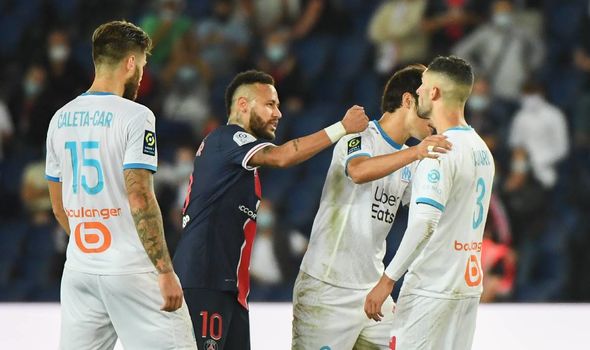 PSG sporting director Leonardo insisted he would be looking into the incident further, and slammed the performance of referee Brisard.

He said: “The fight is something very serious.

“We will deal with that internally with our players.

“We will have to look at everything to take a coherent stance but the situation is serious.”

A total of 14 cards were brandished and five of them were red, which means the match got out of control.

“[Brisard] lost his head. He officiated the League Cup final but he doesn’t have the experience for this kind of fixture.”