‘The referee told me something he should not have… it was disrespectful’: Neymar claims Bjorn Kuipers should be punished after PSG’s draw at Napoli

Neymar has claimed that referee Bjorn Kuipers said ‘something he should not have’ to him during PSG’s Champions League draw with Napoli.

The Brazilian played the full game and was shown a yellow card as Thomas Tuchel’s men were denied victory by Lorenzo Insigne’s 62nd minute penalty.

But despite picking up a good away point, Neymar was left furious after the final whistle following an altercation with experienced official Kuipers. 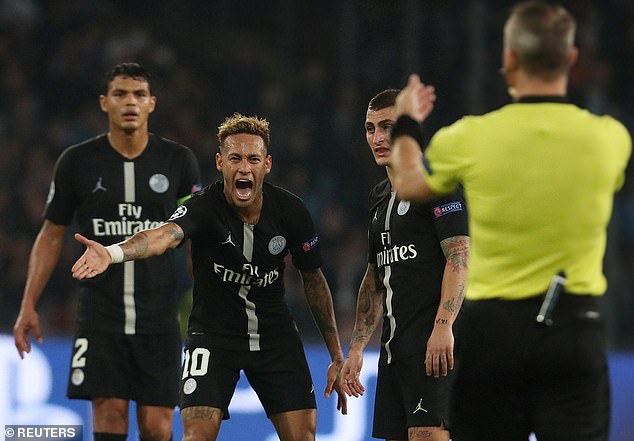 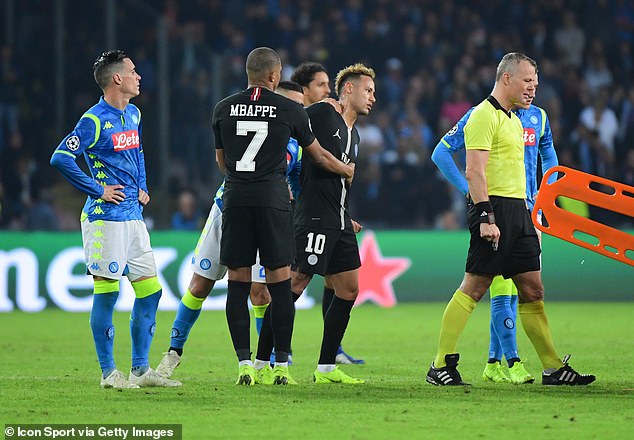 ‘The referee told me something he should not have,’ Neymar said. ‘It was disrespectful.

‘I do not want to repeat what he said to me. However, somebody high up should do something.’

Pictures show Neymar shouting at Kuipers and appearing to be held back by team-mate Kylian Mbappe after taking issue with the referee’s decisions. 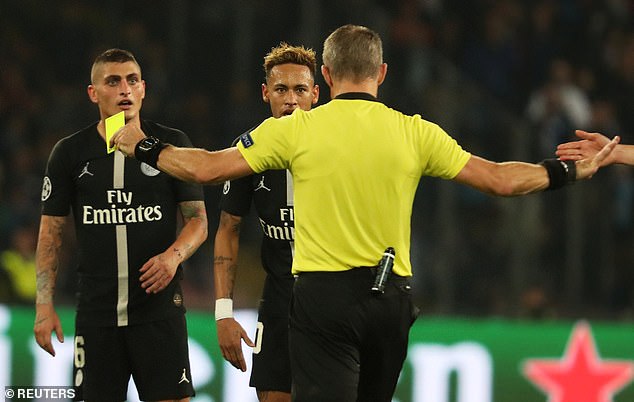 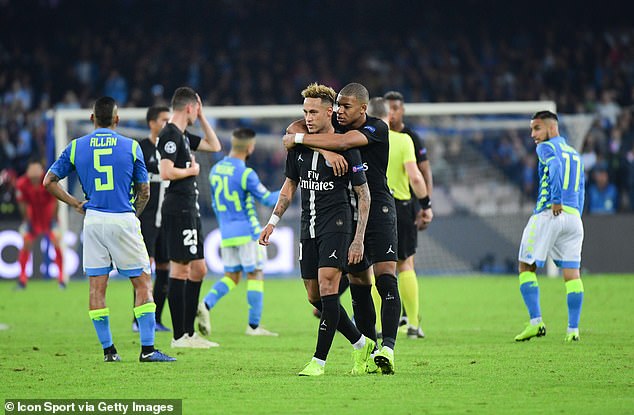 ‘He cannot be as disrespectful as he was with me,’ Neymar added.

‘On the pitch, we are asked to show respect towards the referees. We should get the same in return.’

It remains to be seen whether PSG will lodge an official complaint against Kuipers, who has been a FIFA listed referee since 2006.

The Dutchman took charge of the 2014 Champions League final and this year’s Europa League final between Marseille and Atletico Madrid.