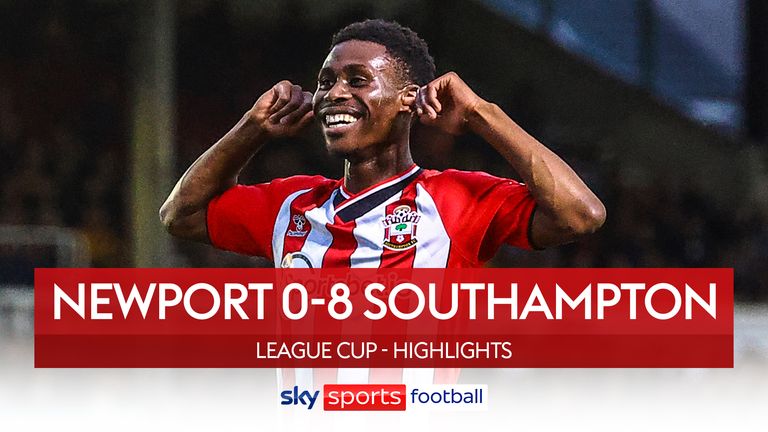 Southampton demolished Newport 8-0 in the Carabao Cup to register the biggest away win in the club’s history.

What had been viewed as a tricky assignment given Newport’s reputation as giant-killers turned into a cakewalk as Saints improved on various 6-0 away wins down the years.

Newport manager Michael Flynn was absent after testing positive for coronavirus and the architect of so many cup upsets was sorely missed by the Exiles.

Rodney Parade has been a graveyard for several Premier League teams in recent years, but a new pristine playing surface being used for the first time was perfect for Southampton.

Saints had boosted their defensive ranks in the previous 24 hours or so with Torino central defender Lyanco and Everton full-back Thierry Small moving to St Mary’s.

But the tie came too soon for the pair to be involved as boss Ralph Hasenhuttl made nine changes from the side which drew at home to Manchester United on Sunday.

Skipper James Ward-Prowse and defender Jack Stephens were the only players retained as League Two Newport welcomed back a meaningful crowd for the first time since March 2020. 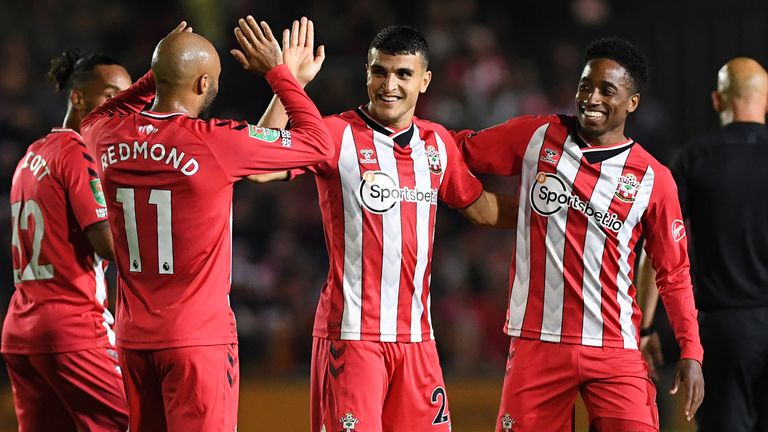 Elyounoussi had already signalled Saints’ attacking intent before Broja marked his loan arrival from Chelsea with a debut goal after nine minutes.

Redmond’s pile-driver was touched onto the bar by Newport goalkeeper Nick Townsend and Albania striker Broja tucked away the rebound from close range.

The excellent Redmond was pulling Southampton strings and it was his 25th-minute pass to Elyounoussi that started the move which Tella finished confidently.

Walker-Peters and Redmond should have put the visitors out of sight before the former did as the game approached half-time.

The ball was quickly switched to the left for Walker-Peters to fire low and hard inside the near post – the full-back’s second senior goal and his first in Southampton colours.

Elyounoussi struck twice soon after the break before Broja’s classy finish made it six.

Redmond added a seventh after 69 minutes and Elyounoussi completed his hat-trick with the final kick as Southampton matched their biggest victory since World War I.