Newcastle have been handed another injury blow as Bruno Guimaraes will reportedly not be available for Brazil’s two upcoming international matches. The news comes shortly after it was announced that striker Alexander Isak had pulled out of the Sweden squad.

Eddie Howe’s side have made a somewhat frustrating start to the season, drawing five of their opening seven matches and winning just once. The Toon Army have impressed on several occasions but lacked the cutting edge to put the game to bed.

The arrival of Isak from Real Sociedad in a deal worth approximately £60million was expected to solve those issues, and his two goals in three Premier League appearances show that the 23-year-old does have the clinical finishing required. But he looks set to spend a spell on the sidelines after injuring himself in Sweden training recently.

The striker could be sat next to Guimaraes in the stands too, as reports have emerged from Brazil suggesting that the midfielder has sustained a thigh injury which rules him out of upcoming fixtures against Ghana and Tunisia. He remains with the squad to receive treatment, which Magpies fans will deem as a positive, though many are awaiting an approximate timeframe for his recovery. 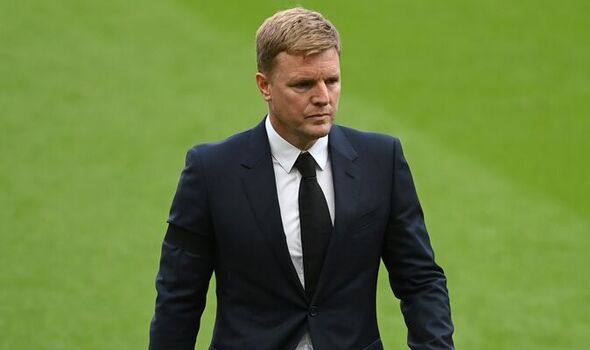 Guimaraes was loosely linked with a move to Real Madrid over the summer having made an impressive start to life in the Premier League, chipping in with five goals and one assist in 17 league starts. However, those claims were quickly rebuffed by Howe, who feels that the 24-year-old is central to the club’s plans going forward – regardless of whether Madrid are in need of a midfielder following their sale of Casemiro to Manchester United.

Newcastle fans may be pleased to hear about how happy Guimaraes is at St James’ Park too, who is overwhelmed by how ‘crazy’ supporters are. He told FourFourTwo magazine: “It’s a dream come true to be playing in the Premier League. Everything is amazing. Sometimes I think to myself, ‘I was born for this, for the Premier League’. I already feel at home here.

Chelsea missing out on ‘biggest transfer in 50 years’

Every Arsenal player ranked so far this season after dream start 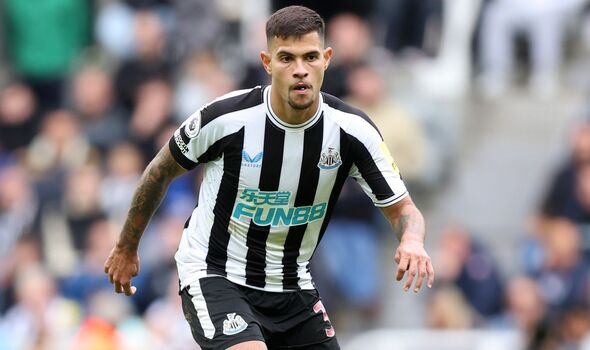 “The fans are crazy about me, and nothing beats that in football. Honestly, I get so much love out on the streets that sometimes it feels like I’m the mayor of the city! They spot me and start yelling my name, wanting to take a picture. I’ve met people who’ve got a tattoo with my face on! It’s nuts. That’s the love fans have.

“Newcastle have been through difficult times in the recent past and now they’re bouncing back. Every single home game is wonderful, because the atmosphere is incredible – it’s totally different from the atmosphere at any other Premier League ground. Our fans remind me of Brazilian fans and South American fans. It’s damn good to play in a place like this.”