Throwback defenders are few and far between in this modern age, but in Kalidou Koulibaly Napoli certainly have one on their hands.

He is a player who takes pride in the tackle, who extols the virtues of old-fashioned defensive play and will take whatever action necessary to keep the ball out of his net.

The 27-year-old was tasked with keeping Paris Saint-Germain’s star-studded line-up quiet on Wednesday evening and for the most part done his job well.

Scroll down for embedded video 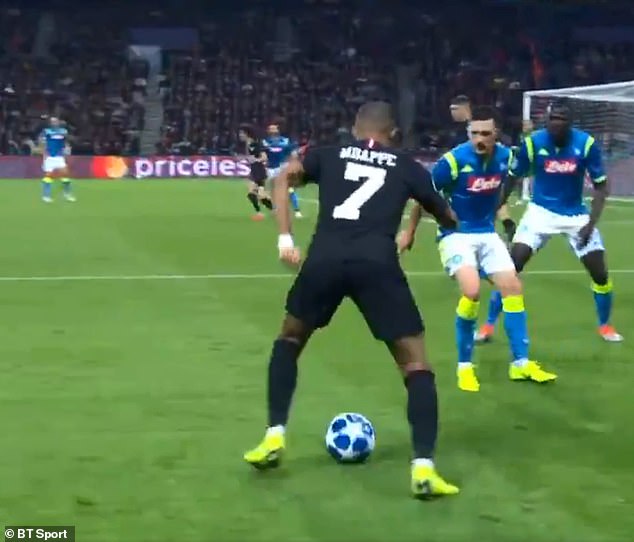 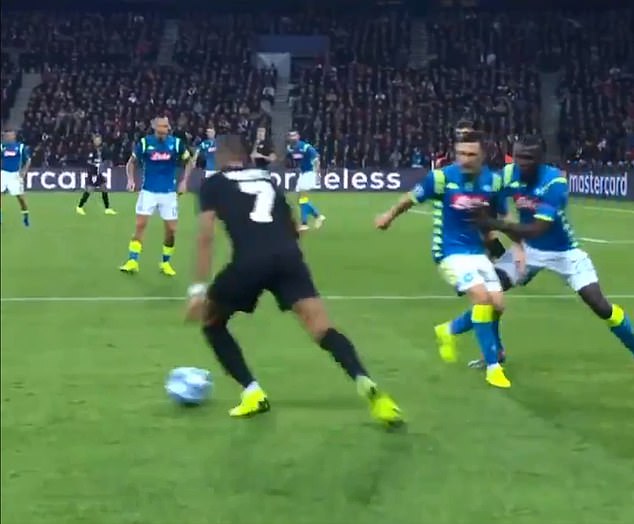 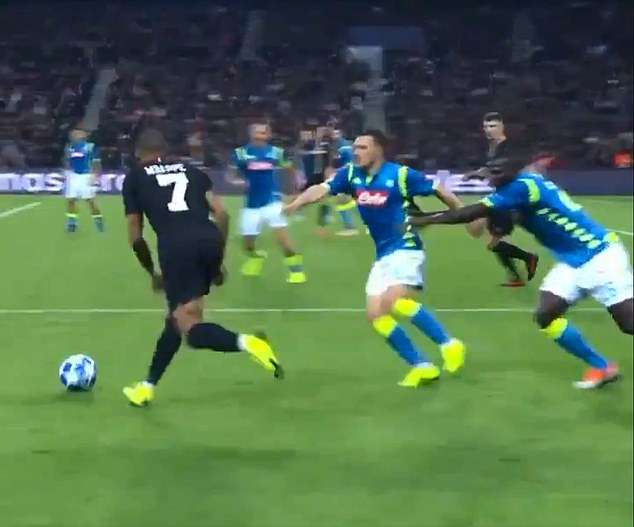 But on one particular occasion, when he was dragged out wide by Kylian Mbappe and backpeddling towards his box, Koulibaly had to think on his feet to try and stop the Frenchman.

Mario Rui was alongside him, but Mbappe quickly shifted the ball on to his left foot and Koulibaly sensed danger.

Having been wrong footed by the PSG striker he pushed Rui out towards Mbappe to try and block him from delivering a ball into the box.

The struggle is real when Kylian Mbappé is facing you with a ball at his feet ? pic.twitter.com/qN2YUAWe1k 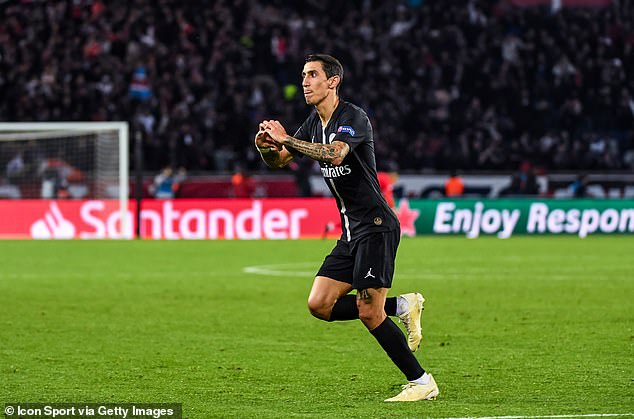 Although Koulibaly passed the buck on this occasion, he largely managed to prevent Mbappe – one of the world’s brightest young talents – from having an impact on the game.

The Napoli defender also nullified Neymar and Edinson Cavani but could not stop Angel Di Maria from scoring a last-gasp equaliser to secure a point.

The draw means Napoli sit in second position behind Liverpool in Group C of the Champions League and one point above PSG, who are third in the table.