Jose Mourinho’s position as Tottenham Hotspur manager is reportedly safe until at least the end of the season despite the club’s current crisis of form.

Despite a positive start to the season which saw Spurs top the table as recently as December, their form has nosedived in 2021 and they have slipped to eighth in the Premier League table – clinging on in a race to reach the top four.

Spurs are in terrible form having lost four of their last five games. That run includes three consecutive defeats in the Premier League for the first time in nine years, as well as an FA Cup fifth round exit at Everton following a dramatic 5-4 extra-time loss at Goodison Park. 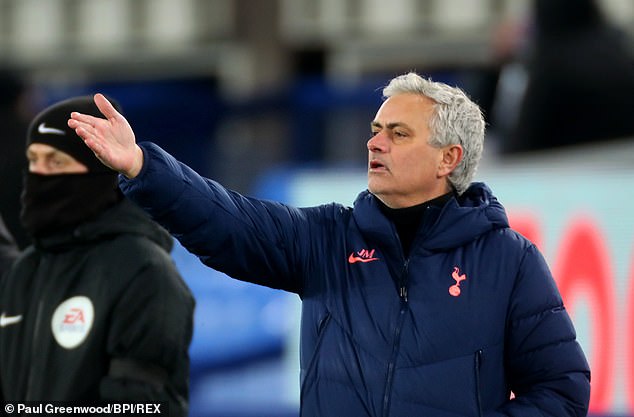 However, according to the Mirror, Mourinho’s position is not up for discussion at the club until at least the summer, with the Portuguese still impressing chairman Daniel Levy who appointed him in November 2019 on a £15million-per-year deal.

Mourinho replaced the sacked Mauricio Pochettino at the club following the Argentine’s own poor domestic run of form stretching across much of the year.

The Argentine though was widely popular with the fanbase, and with Mourinho’s appointment splitting supporters the empty stadiums are arguably helping him avoid a potential toxic atmosphere at home matches amid growing unrest over the club’s dwindling fortunes. 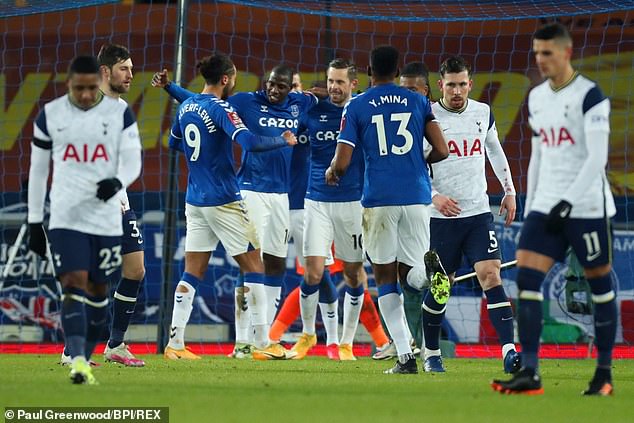 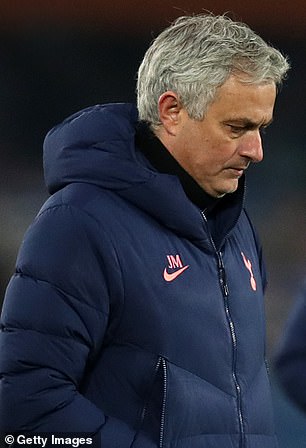 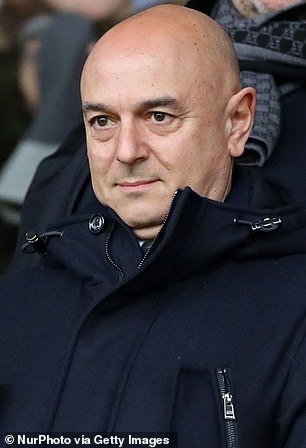 However, Mourinho’s place at Spurs is reportedly safe until at least the summer, with his stock remaining high under chairman Daniel Levy (right)

But Mourinho has also started to fall-out with key first-team stars this season, the most recent being Gareth Bale, whose poor form since arriving from Real Madrid on loan for the current campaign has seen his work rate questioned by the Spurs boss.

Dele Alli has also fallen far down the pecking order, despite featuring at Everton, with his own poor form having stretched back into the final months of Pochettino’s reign despite starting brightly under Mourinho.

As recently as the 3-1 home defeat by Liverpool last month, Mourinho also endured an astonishing half-time row with Serge Aurier which saw the  full-back storm out the ground at half-time after being substituted.

In addition, players including Harry Winks, Eric Dier and summer signing Matt Doherty are also struggling for form and confidence following a mixture of abject displays and costly individual errors, which have been met by disapproval from Mourinho. 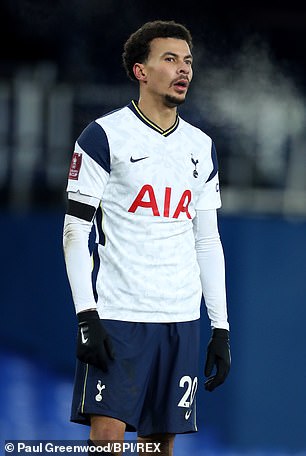 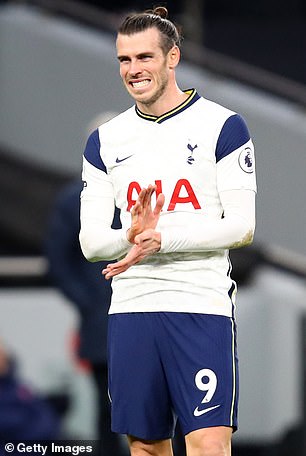 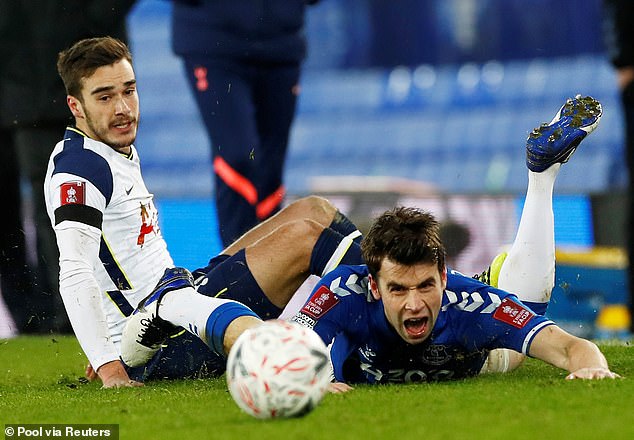 Although Spurs’ title hopes are all but finished just a month after topping the table the club’s initial season target of reaching the top four is still within their grasp as they sit just four points behind Liverpool with a game in hand.

Spurs face a tricky run of games in the top flight though, with a trip to Manchester City next who have astonishingly won their last 15 games across all competitions, while in two of their four games after they face London derbies at West Ham and Arsenal.

A chance of lifting silverware is tantalisingly close though after reaching April’s Carabao Cup final, although they will be underdogs when they face City who have won the competition for the last three seasons.

In addition they remain in the Europa League which could also bag them a Champions League spot come the end of the season, and they face Austrian side Wolfsberger in the round of 32 next week.