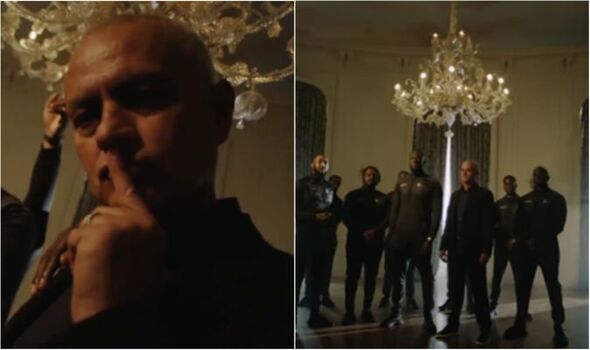 Roma manager Jose Mourinho has made a surprise appearance in the music video for Stormzy’s new song, ‘Mel Made Me Do It’. Some iconic quotes from the former Chelsea boss are featured in the song from a famous interview he once gave in the Premier League.

Success has followed Mourinho for most of his managerial career, and the 59-year-old could reap the benefits of his ‘Special One’ aura once more in the music industry. The Portuguese boss has played a starring role in Stormzy’s new single as he marks his return, sending fans of both into a frenzy.

The seven-minute song was released on Thursday evening, and the clip featuring Mourinho is already going viral on social media. The former Tottenham manager features in an all-black suit with Stormzy and several members of his crew, posing with his finger to his lips – as numerous journalists have seen at his press conferences over the years.

The section featuring Mourinho begins approximately 5minutes 10 seconds into the song, with Stormzy rapping: “You love to talk about the old days, them man are old like Annie, are you okay? I prefer not to speak like I’m Jose.” 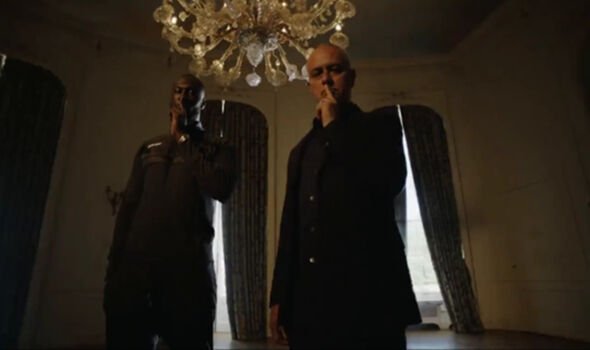 A sound bite is then played of Mourinho’s memorable: “I prefer really not to speak, if I speak I am in big trouble,” followed by several shots of the coach shushing the camera. Football fans flocked to social media when the clip went live, with one user tweeting: “Whoever does Jose’s bookings or PR deserves a pay rise.”

“This is football and grime heritage,” wrote another. One football fan couldn’t help but heap the praise on Mourinho, saying: “The best character the game has ever seen. The King.”

DON’T MISS
Arsenal may have electric Mudryk alternative thanks to ‘£43m Barcelona clause’
Arsenal injury list: Latest on seven stars ahead of derby against Tottenham
Leicester make decision on sacking Rodgers before next game after Tottenham rout 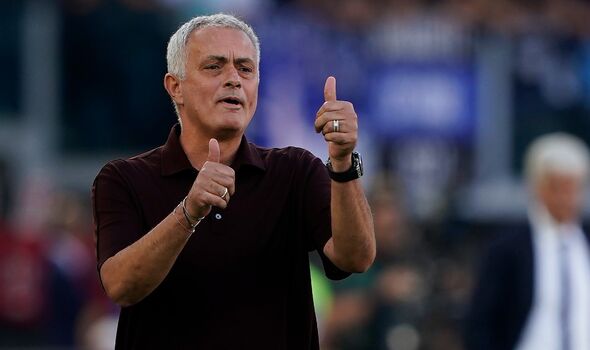 Roma have enjoyed a fairly solid start to the new season, winning four of their opening Serie A matches to put them sixth in the table – above Inter Milan and Juventus. The arrival of Paulo Dybala has certainly sparked an improvement at the Stadio Olimpico, and the Argentina international has revealed how Mourinho persuaded him to join him at Roma after his contract at Juventus expired.

He told ESPN: “I have an anecdote with him: when we played Roma vs Juventus last season, my team won 4-3 and the coach took me off. Mourinho came to the bench to greet me and said ‘You’re a phenomenon’.

“This episode left a mark on me, but at the time we didn’t know anything that could happen. I was supposed to sign a contract renewal, but there was nothing. When he called me, he asked me if I remembered that moment and I said ‘Of course, how could I forget that? It was an honour’. Then he said ‘Well, now what you were doing against me I want you to do with me’. He called me several days in a row and it was a matter of minutes before I made the decision to go and work with him.”