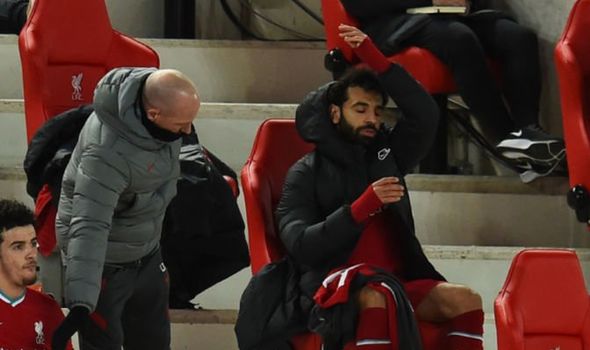 Mohamed Salah was fuming when he was substituted just after the hour mark as Liverpool were trailing Chelsea 1-0 at Anfield and the forward’s agent was quick to post a cryptic message on Twitter.

Rammy Abbas Issa, who represents Salah, posted a single full stop moments after the Liverpool star was taken off.

Mason Mount had given Thomas Tuchel’s side the lead in the first half after Timo Werner had a goal controversially ruled out for offside.

Liverpool were trying to get back into the game but Klopp needed to make changes to unlock the door.

The German coach was heard screaming at Salah to get back and help out defensively just five minutes before he was pulled off the pitch.

Klopp spoke with assistant Pepijn Lijnders and the pair decided to withdraw their biggest attacking threat. 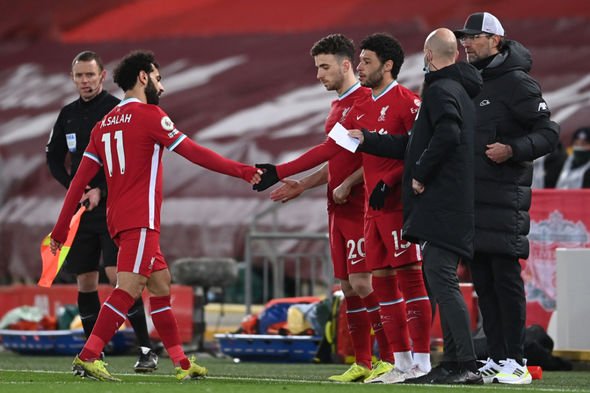 Diogo Jota announced his return from injury in place of Salah, who was fuming with the decision.

The Egyptian was still shaking his head when he took a seat in the stands to watch the remainder of the game.

Fellow forwards Sadio Mane and Roberto Firmino remained on the pitch so Jota tucked into the front three.

It is unclear what Abbas’ tweet meant but it will do little to calm the transfer talk surrounding his client.

Salah has been linked with a moves to Real Madrid and Barcelona as Liverpool struggle to defend their Premier League crown.

The Reds face a tough battle to finish in the top four this year and they sit seventh in the table with the latest defeat.