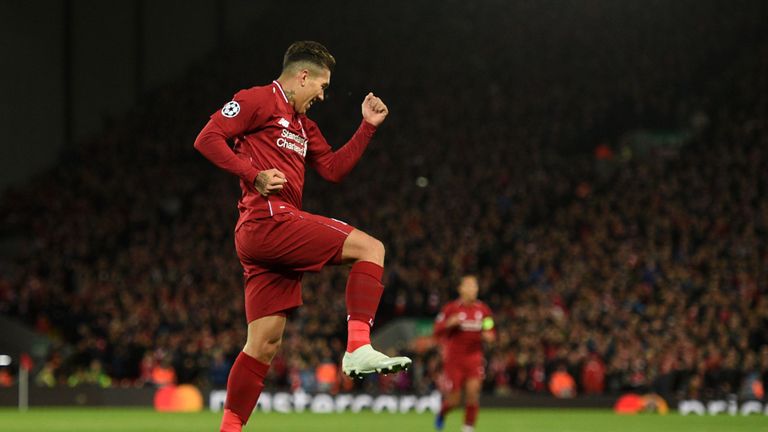 It was a morale-boosting night for Liverpool and their fab front three, as they dispatched Red Star Belgrade in the Champions League, writes Peter Smith…

Liverpool and their front three had fun in their 4-0 win over Red Star Belgrade.

Andrew Robertson had said “relief” was the overriding feeling after their weekend 1-0 win over Huddersfield, when Liverpool were far from their best, but on Wednesday they were allowed to enjoy a morale-boosting exercise against their limited Champions League group stage opponents.

Red Star, who had been thrashed 6-1 by Paris Saint-Germain last time out, started valiantly but Liverpool soon asserted their control without even hitting top gear and, by the end, were showing just how much confidence they had gained from a comfortable victory.

There was more important game time for Fabinho, as his adaptation to his new home continues, while Xherdan Shaqiri impressed. But crucially for Klopp, his attacking trio of Mohamed Salah, Roberto Firmino and Sadio Mane were able to find some form. 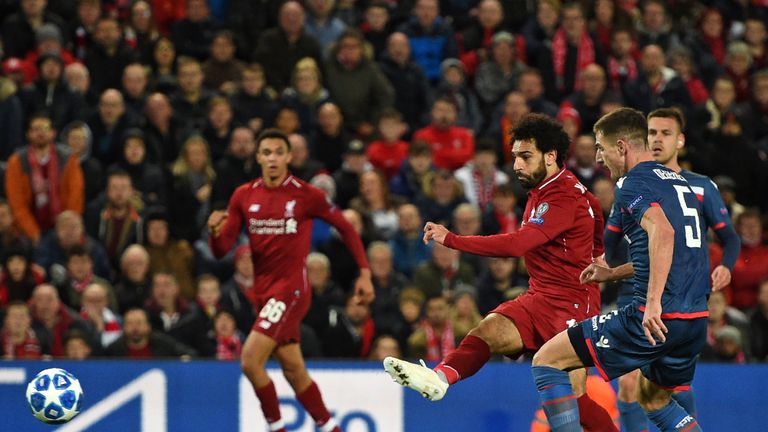 All three have been below the levels they set last season but Firmino and Mane ended relatively long goal droughts, while Salah’s double took him to 50 for the club in just 65 appearances, as he begins to find the form which made him such a devastating threat last term.

Firmino’s seven-game wait to find the net for club and country ended on 20 minutes, when he kept his composure to drill in after impressive play from Shaqiri in the build-up.

Since start of last season, Liverpool’s Roberto Firmino has been directly involved in 19 Champions League goals, (12 goals, 7 assists), more than any other player.

Salah, who had been denied on several occasions, also profited from invention from the Switzerland international, running on to Shaqiri’s cushioned lay-off to convert on the stroke of half-time before firing in a penalty after the break when Mane had been knocked down. 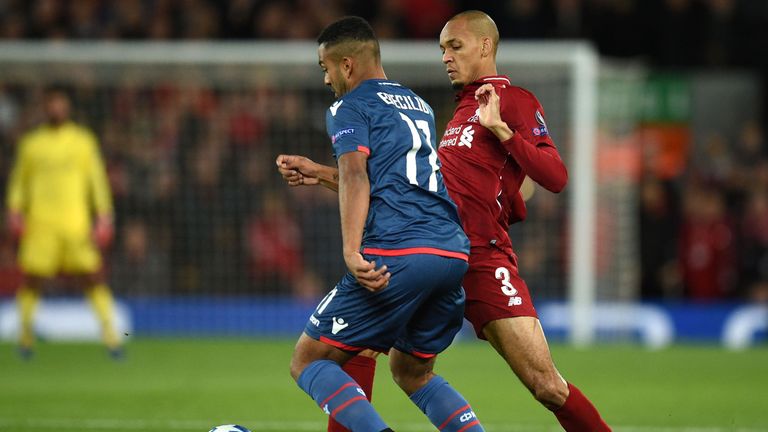 This was the first time Salah had struck twice in a match this season and he would have fancied his chances of a hat-trick if he had still been on the pitch for Liverpool’s second penalty of the night on 76 minutes.

Instead a harsh handball decision gave Mane, who is nursing a broken thumb, the opportunity to end his personal nine-game wait for a goal – but he looked to have blown his chance when he fired against the bar and fluffed the rebound. 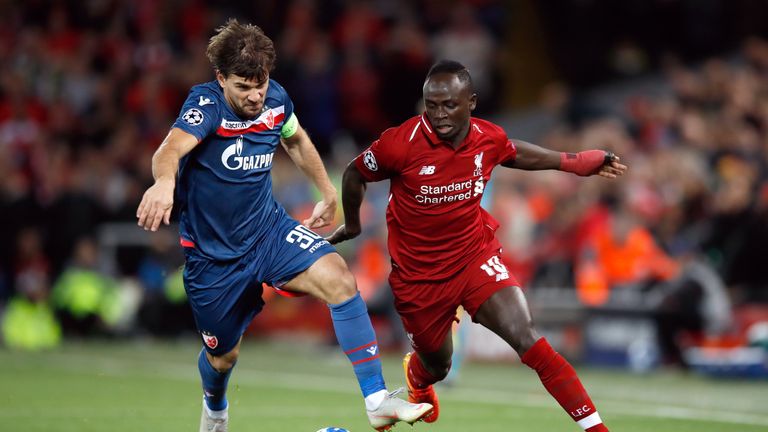 Yet on a night when Liverpool had 11 shots on target, another opening was not far away and the popular Mane was able to slide home a pass from sub Daniel Sturridge much to the delight of his team-mates.

Such was Liverpool’s dominance and ease of victory, Klopp was able to enjoy a laugh and a joke when Sturridge fired a fierce effort just wide in the closing stages, as the Anfield crowd were treated to their side opening up and turning on the style with the match won.

The night was a success for Liverpool elsewhere, too, with PSG’s injury-time leveller in their 2-2 draw with Napoli sending the Reds top of Group C at the halfway stage.

Their trip to Belgrade for the reverse match with Red Star is unlikely to be as straight forward given the atmosphere their supporters can generate, but Liverpool and their front three are warming up nicely.

And that could be bad news for Neil Warnock’s Cardiff, who visit Anfield on Saturday in the Premier League.