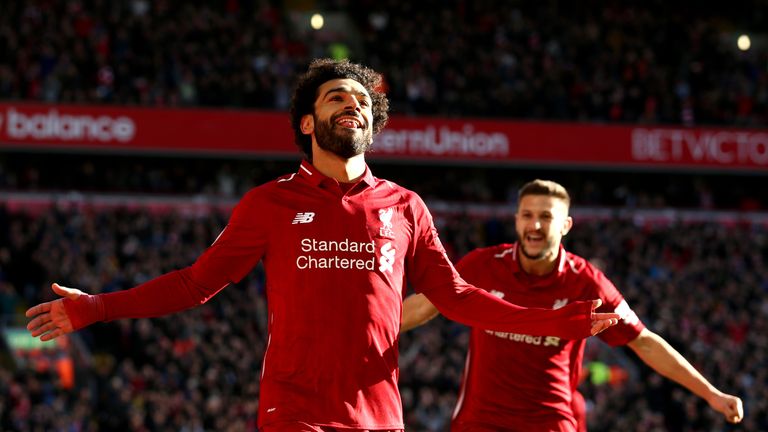 Liverpool moved three points clear of Manchester City at the top of the Premier League table with their 4-1 win over Cardiff City at Anfield, but what were the main talking points from the game?

A relatively quiet start to the campaign provoked doubts in some quarters about whether Mohamed Salah could repeat last season’s heroics, but he looked as dangerous as ever against Cardiff, dispatching the opening goal from close-range before providing two assists as Liverpool ran riot in the second half.

The goal – his fourth in three games – was instinctively taken following a goalmouth scramble, and the assists were even better. First, he flicked the ball through to the onrushing Xherdan Shaqiri with the outside of his boot. Then he produced a beautifully weighted through ball for Sadio Mane to score his second of the game.

Salah was at the heart of most of Liverpool’s attacks and the statistics underlined his influence. According to Opta, he ranked first for shots (four), chances created (three) and crosses (seven).

Salah became the fastest player to reach the 50-goal mark for Liverpool with his second against Red Star Belgrade on Wednesday. You wouldn’t bet against him sending more records tumbling as the season progresses.

Fabinho has had to patient since his £43.7m arrival from Monaco in the summer but having made only his second Liverpool start in the midweek win over Red Star, he kept his place against Cardiff. Neil Warnock’s side did not provide too stern a test on his first Premier League start, but Liverpool supporters will feel encouraged nonetheless.

Like on Wednesday night, Fabinho started alongside Georginio Wijnaldum at the base midfield. He rarely strayed out of position, ensuring Liverpool’s back four were well protected. From the start, the Brazilian could be seen looking over his shoulders constantly to check his positioning. He also gave regular instructions and directions to the team-mates around him. Fabinho generally kept it simple with his distribution, finding a team-mate with 75 of his 85 passes to help Liverpool dominate possession, but he also tried to keep things moving forward when possible. Fabinho occasionally popped up around the Cardiff box. He was involved in the build-up to Mane’s first goal and it was him who found Salah to set up the third.

Fabinho did not have too much to do defensively – there was no repeat of the nine tackles he made against Red Star – but he did display impressive work-rate. According to Premier League tracking data, he ran further (11.2km) than any of his Liverpool team-mates.

Jurgen Klopp said it will take him six months to get up to speed back in September, but recent evidence suggests it could perhaps happen sooner.

Callum Paterson’s goal, prodded through Alisson’s legs after Junior Hoilett’s pass was deflected into his path, was the first Liverpool have conceded in a Premier League game at Anfield since February – preventing a 10th consecutive clean sheet and ending a run of 918 minutes unbeaten.

It was a moment of complacency from Liverpool’s defence but it will not worry them unduly. Over the course of the 90 minutes, the Reds were utterly dominant, limiting Cardiff to just two shots on goal in total. Klopp rested Joe Gomez and Andrew Robertson but Dejan Lovren and Alberto Moreno deputised without any problems.

Paterson’s goal provided a scare but there was never any genuine danger of Liverpool throwing the points away. They have now taken 26 points from their opening 10 Premier League games. It is their joint-best start to a Premier League season and it takes them three points clear of Manchester City, who take on Tottenham on Monday Night Football.