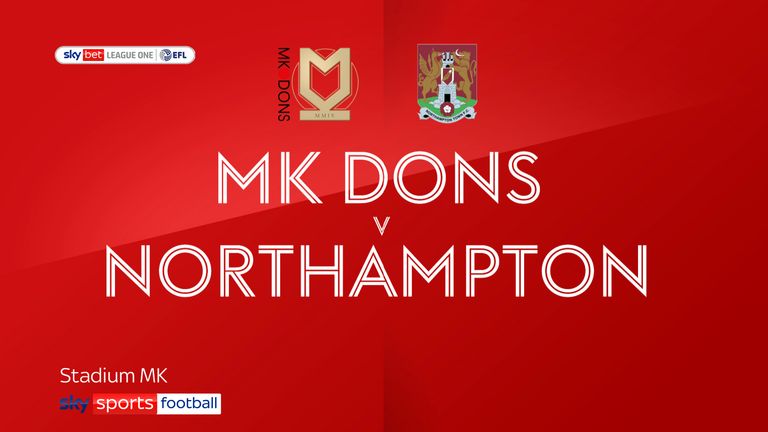 Peter Kioso looked to have put the visitors back on course for victory when he made it 3-2 in the 78th minute, but Cameron Jerome levelled before Brown struck in the 88th minute to snatch the points for the hosts.

Northampton opened the scoring in just the second minute when Mark Marshall’s free-kick was volleyed in by Fraser Horsfall.

The home side equalised 10 minutes later as Andrew Surman struck a fierce first-time volley from the edge of the area past Jonathan Mitchell.

And MK Dons were ahead in the 34th minute when Will Grigg curled a low shot into the bottom right corner.

Ryan Watson levelled the scores seconds after half-time as the midfielder dribbled into the area and drilled a low shot into the net.

The topsy-turvy game changed again when Northampton reclaimed the lead 12 minutes from time when Marshall’s free-kick was flicked in by Kioso.

But, Dons substitute Jerome made it 3-3 when he raced on to a long ball and fired a first-time shot home.

And the home side scored the winner with two minutes of normal time left when Brown coverted Daniel Harvie’s cross at the near post.