Arsenal manager Mikel Arteta will be ‘devastated’ with the way his side crumbled at the end of the Premier League clash with Chelsea and lost the game 2-1, according to BBC Sport pundit Chris Sutton. The ex-Blues striker added that although the Gunners performed well, it was still ‘same old Arsenal’.

Chelsea could barely string a pass together in the first half as Arsenal opened the scoring through Pierre-Emerick Aubameyang.

Chelsea lacked any creativity and struggled to get going even at the beginning of the second half before their equaliser.

But the Blues began to play with a bit more confidence as the final quarter of the game approached and they got their reward when Jorginho tapped in with seven minutes to go. 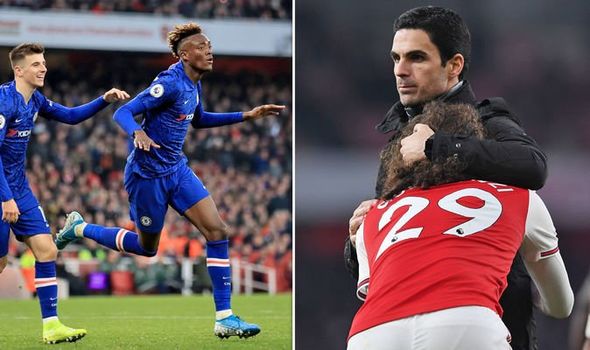 Tammy Abraham combined brilliantly with Willian on the counter-attack and finished under Leno after turning his defender.

Arteta looked abject on the sidelines as the Chelsea fans celebrated, with Sutton concluding that the Spaniard must be ‘devastated’.

“Mikel Arteta will be devastated with the manner of the defeat. It was a terrible error from Bernd Leno and Arsenal were exploited by Chelsea,” he told BBC Sport.

“You could say poor referring has cost Arsenal as well – a cynical foul from Jorginho when he should have got a second yellow and been sent off. Credit to Chelsea because they responded after a poor first half.

“They were sharper, had more energy and determination.

“Frank Lampard was bound to have a rocky period with a lack of consistency and this is a big result for them. 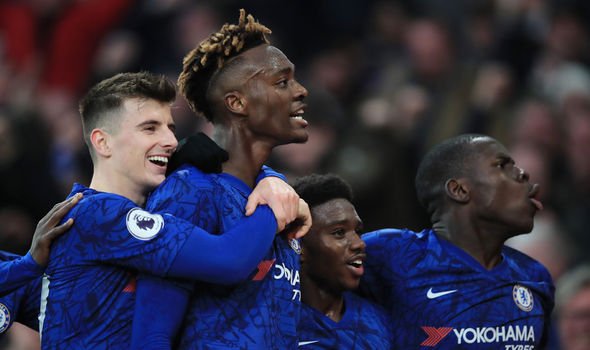 “His substitutions changed the game – you wondered about Tariq Lamptey but he brought real energy.

“The Chelsea fans who were moaning at half-time saying Frank ‘didn’t know what he was doing’ have a different view at full-time.

“It’s a huge win for him. Let’s be honest, though, we have seen an improvement from Arsenal’s defence with the exception of the mistake by the jittery German in goal.

“They were so comfortable for most of the game and you couldn’t see them getting back into the game.

“I think there are sides of improvement, but it’s same old Arsenal.”

Chelsea remain firmly in the top four after the win while Arsenal are in 12th place in the table.