The Gunners went into the weekend bottom of the table having lost their first three league games of the campaign without registering a goal.

But Pierre-Emerick Aubameyang’s second-half tap-in at the Emirates Stadium was enough to seal a 1-0 win over the Canaries, a result which leaves the visitors bottom of the table.

It was not a thrilling victory for Arsenal who showed seven changes from the galling defeat at Manchester City before the international break.

Arteta had already started to come under pressure following the poor start to the season but he insists the work done by the club over the past couple of weeks has seem him rediscover his purpose.

“I must say that probably it has been the best 10-15 days I have ever had since I have been in football,” he said.

“I am not saying that they were the easiest, but probably the best. Because you have to find a purpose, why you do what you do and why you have made the decision to become a football player, a coach.

“It is about the relationships that we have built, it’s about the level of trust that everybody at the club has, the connections.

“Emotionally, how players react, how everybody in the team, and I am talking about any department at the club, supports, follows and tries to be positive around the situation. You have to win football matches but it is a joy to watch how everyone was behaving around the context that we had around.

“I got pretty emotional to see that because I think it is pretty difficult to see football and people maybe were expecting something, they want to go another road – try to transmit hate or whatever – it wasn’t the case at all. So, thank you so much.” 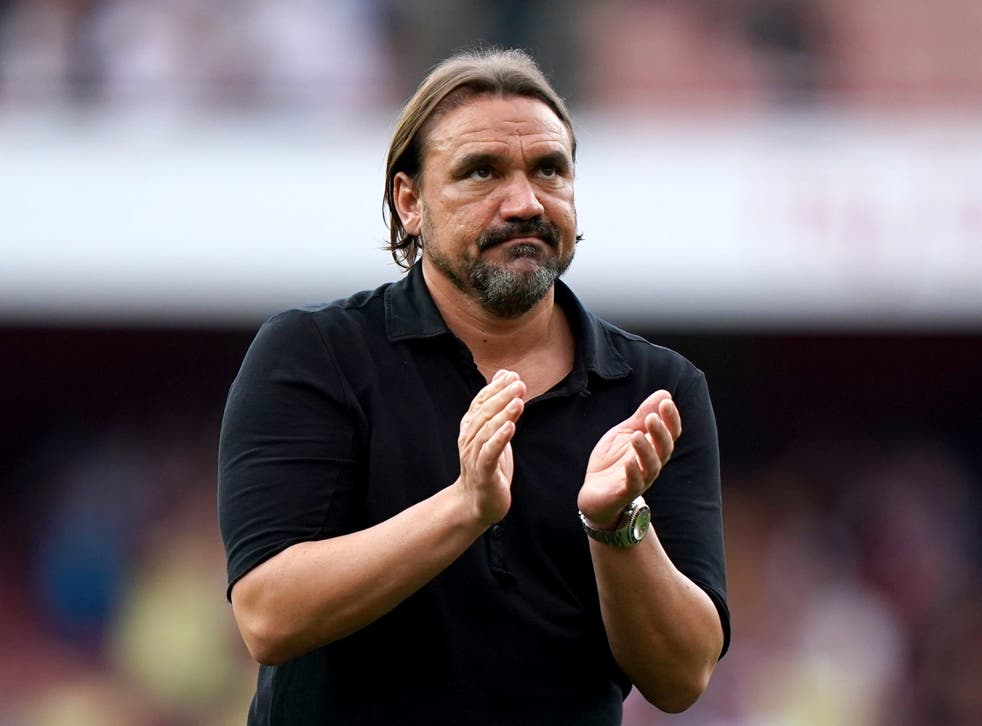 Aubameyang’s winner was delayed by a check for VAR for a possible offside but Norwich boss Daniel Farke was more concerned with a potential handball by Bukayo Saka in the build-up.

He said it was “not so much his topic” as he instead focused on praising the performance of his side – which has now lost 14 Premier League games in a row – adding: “First of all we are unbelievably disappointed because we are not playing for words or great performances, we are playing for points.

“For that we are disappointed, when the dust has settled you have to say that we have so many positive things to take out of this game and I just have compliments for my lads.”