Arsenal boss Mikel Arteta has been reminded that his young guns are the way forward as his side were utterly embarrassed by Liverpool. It was one of the worst performances under the Spaniard’s stewardship and it was no coincidence it came with Bukayo Saka and Emile Smith Rowe missing.

Two of their most important players failed to impress in the shape of Pierre-Emerick Aubameyang and Alexandre Lacazette – who failed to even test Alisson once.

Thomas Partey, brought in to solidify the midfield, had one of his worse showings with Liverpool running through with ease on several occasions.

Arteta went into the match with several key injuries that have ravaged his squad, including Smith Rowe and Saka.

The two have just 68 Premier League appearances between them for the Gunners.

But they regularly shine like seasoned veterans – putting their senior pals to shame. 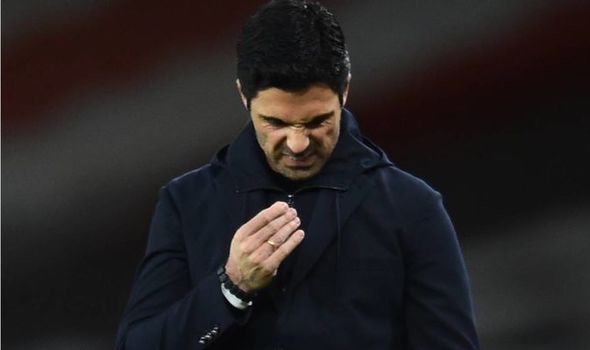 In a short space of time, the London-born duo have asserted themselves as the first and second names on the teamsheet.

With those two in the side, there certainly would have been more purpose and impetus going forward.

Smith Rowe has the creativity to pick a pass and the hustle to jostle with the most fierce of defenders.

While Saka is full of tricks and skill and can score absolute pearlers as well as pick out a marvellous cross.

Instead, Pierre-Emerick Aubameyang toiled on the wings while Alexandre Lacazette was absolutely anonymous.

Can the elder statesmen of this Arsenal side honestly look at themselves and say they gave their all on Saturday?

One thing is for sure, the academy aces would not have left the pitch with anything left in the tanks.

Their love for Arsenal is so prevalent in their every moment in a Gunners shirt and Arteta must surely have learned a few lessons. 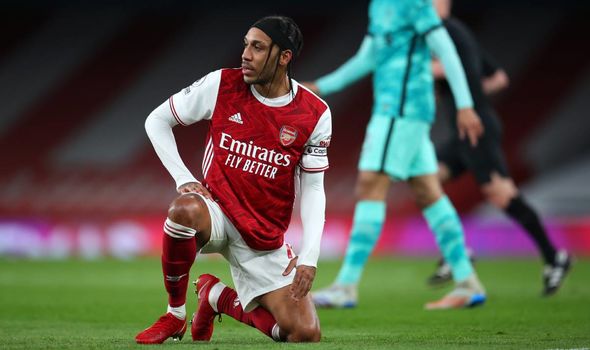 Gabriel Martinelli, a second-half sub, was another to showcase his talent despite his tender age.

Replacing Aubameyang, the 19-year-old was charging around the pitch more in 70 seconds than the club captain did in 70 minutes.

This result also leaves Arsenal’s season in ruins, any hope of a European spot extinguished further than it already had been.

Arteta is overseeing a period of change at the Emirates and the youngsters are clearly the future – and today marked that thinking more than any.