Arsenal manager Mikel Arteta admitted his frustrations after the Gunners only drew with Benfica in Rome’s Olympic Stadium on Thursday night. Bukayo Saka scored a vital away goal for Arteta’s charges in the first leg of their Europa League last 32 tie but they had multiple opportunities to win the game.

Captain Pierre-Emerick Aubameyang was guilty of wasting two gilt-edged opportunities despite netting a hat-trick in his last appearance against Leeds at the weekend.

And Arsenal were made to pay as they settled for a draw, Pizzi scoring from the penalty spot after an Emile Smith Rowe handball before Saka levelled from a Cedric Soares cross just two minutes later.

The Premier League side might have put one foot into the last 16 of the tournament as English rivals Manchester United and Tottenham had done earlier in the evening had they been more ruthless.

And Arteta lamented after the full-time whistle: “Yeah I think so. We were very dominant and created some big chances. In Europe when you have that away from home you have to be more ruthless.

“It was disappointing the way we conceded the goal. We gave them the ball then it was 1-1. Everything will be decided in the next game.” 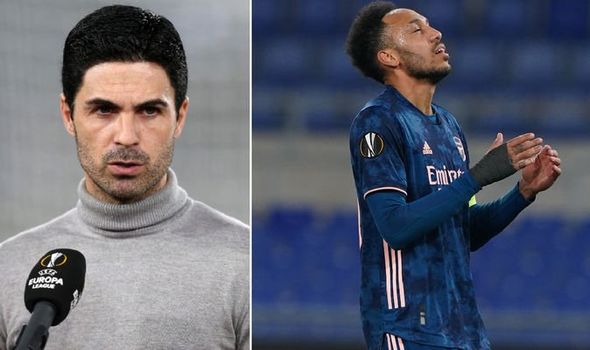 On the penalty decision, Arteta added: “Yeah for me it’s the decision we made before [that is most important]. Giving away the corner in an area you cannot play.

“We conceded a corner and we know the action they are going to do and we did not react quick enough and conceded the penalty.

“Looking at it it’s difficult to judge. It is what it is, the decision was made. We had a great reaction, we scored a great goal.

“We had some other good chances in the second half. We tried to maintain the level. Energy wise, I think both teams dropped in the last 20 minutes because it was a physical game and the amount of games we are both playing.

“But overall we should leave the ground with more.” 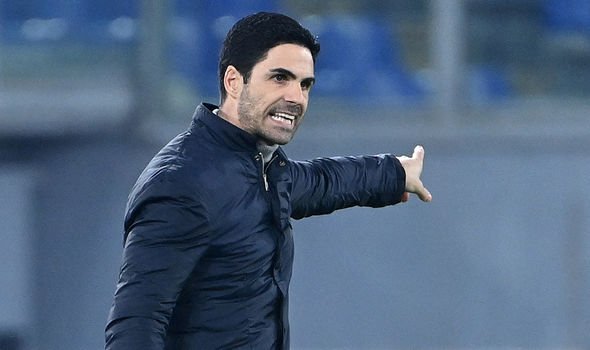 Similarly, asked if Arsenal should have made more of their performance, Gunners goalscorer Saka declared to BT Sport: “Definitely. We had a lot of chances. We’re frustrated. We feel like we dominated the whole game.

“They got a lucky penalty, which I don’t think was a penalty, we just had to react to it and we dealt with it well.

“We got a goal back and I think we could have won it. It’s not the worst result and we got an away goal.

“I think we have to manage the game. Last year when we went out to Olympiakos we conceded a goal that was quite sloppy from ourselves, giving away a silly corner and conceding from the corner.

“So I think it’s just managing the game and we can’t put a foot wrong. Because if we do and they score it’s going to make it very difficult for ourselves.” 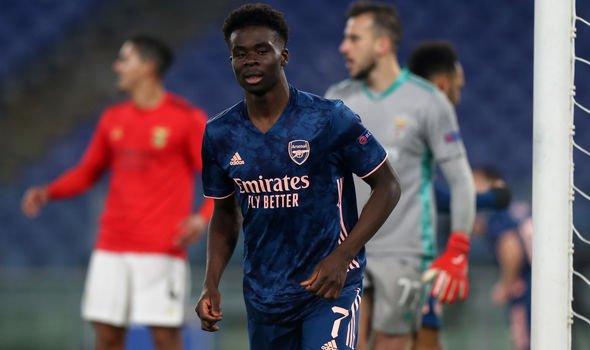 Quizzed about how he feels his own game is coming on, Saka declared that he feels he is continuing to make progress in each and every match.

The 19-year-old now has six goals and five assists from 29 appearances across all competitions this season.

And he said: “I feel like I’m improving every game, trying to progress, listen to the coach because he gives a lot of good advice.

“The experienced players around me are helping me a lot so I’m grateful to have a good team and family around me.”