Freddie Ljungberg has advised Mikel Arteta on where he needs to strengthen his squad, while he also praised the Spaniard for the development of two young stars. Meanwhile, Arsenal are facing an uphill battle to reach the final of the Europa League after a 2-1 defeat to Villarreal on Thursday night.

Arsenal succumbed to a 2-1 defeat to Villarreal in the first leg of their Europa League semi final.

Arteta’s men trailed for most of the game before Nicolas Pepe scored what could be a valuable away goal, while Dani Ceballos was shown a red card. 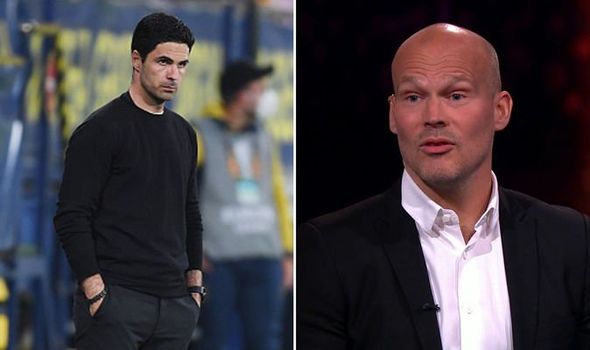 Arsenal have become increasingly reliant on younger players in recent months, with Saka now regarded as one of the club’s most important players.

Meanwhile, usual-playmaker Smith Rowe was tasked with playing on his own up front.

And former Arsenal academy coach Ljungberg admits that while he is absolutely delighted to see the pair shining with the first team, Arteta also needs to find some leadership to the side, potentially hinting at some summer signings. 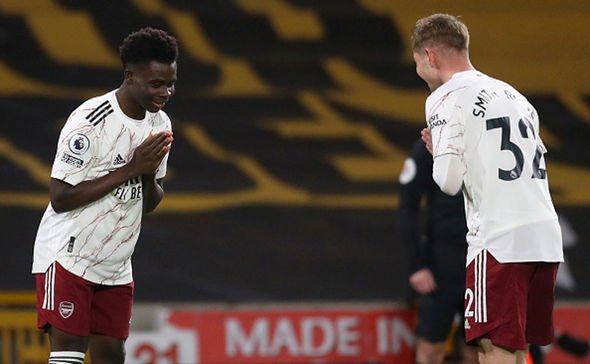 “I have been with them [Saka and Smith Rowe] since they were 15, I know most of their parents,” Ljungberg said on BT Sport. “They’re amazing players.

“I just hope the club believes in them and lets them play, make mistakes when they do and don’t drop them.

“I always thought they had it in them. They’re very different as individuals, but they’re clever boys, they listen and they have a good understanding of football. I always believed in them.

“I mean, when you do youth there’s so many players, but they were training very, very hard, not trying to cheat. They of course had talents that not many other players had.

“You see so many talents that don’t make it, that little extra drive they always had and that drive…

“I’m so happy, when you have a connection with the players and their families, it’s amazing.

“You can’t just trust the young players, you need leadership. What you’ve said is important for them to see the pathway.

“Otherwise they’ll go somewhere else where they get the chance to play.”