Home » Soccer » Mikel Arteta: Aubameyang will have better season now the FANS are back

Arsenal boss Mikel Arteta is backing Pierre-Emerick Aubameyang to be spurred on by the return of fans this season after he hit a hat-trick in their second-round Carabao Cup romp at West Brom.

The Gunners got their campaign up and running with a 6-0 rout of a much-changed West Brom team as Aubameyang shone on his first start of the season. Nicolas Pepe, Bukayo Saka and Alexandre Lacazette also got on the score sheet to at least temporarily ease the pressure on Arteta.

Aubameyang was struck down with Covid and missed the opening-day loss at Brentford before coming off the bench in defeat to Chelsea. 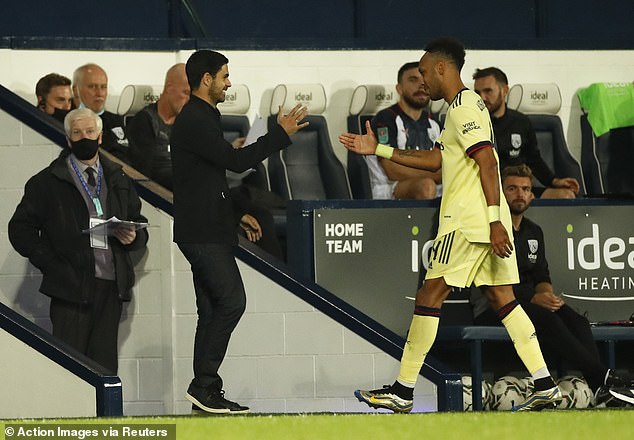 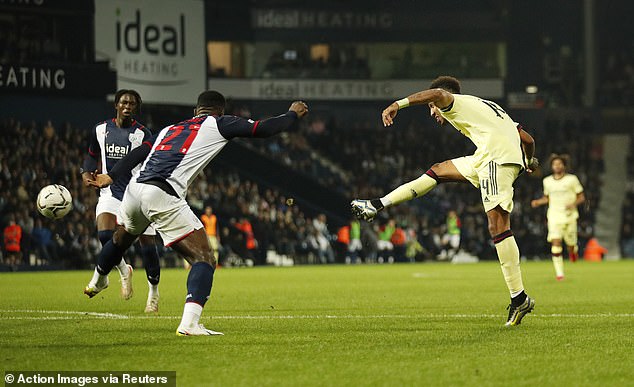 He returned at the Hawthorns and scored with two close-range efforts before sealing his hat-trick with a curling strike. His name rang from the away end and, for the second game running, he gave his shirt to a fan before heading down the tunnel.

Asked if the fans returning following the end of Covid restrictions can make a difference in Aubameyang’s performances, Arteta replied: ‘I hope they do.

‘Obviously he is a really happy character and he needs that connection with people; with family, with friends, with fans.

‘You could see the interaction when he left the pitch and I think that is something really positive for him, yes.’ 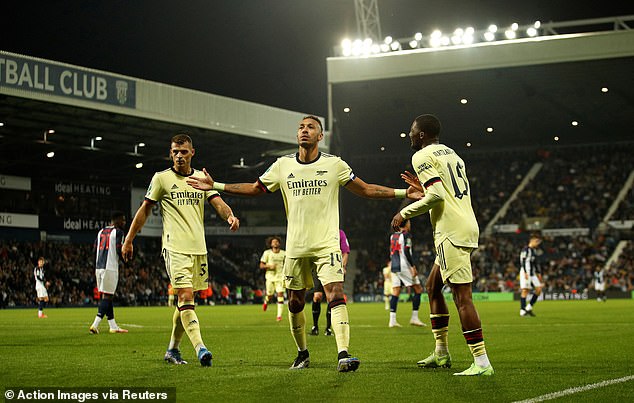 Arsenal – who will host Sky Bet League One side AFC Wimbledon in round three – were under the spotlight having lost their opening two Premier League games.

But Arteta was pleased to get a win under his belt ahead of Saturday’s tough trip to Manchester City.

‘When you lose a game, as quick as possible you have to win,’ he added. ‘Today’s game is going to give us some confidence. We had players who played some first minutes.

‘Auba after his Covid, to get some minutes and score three goals for his confidence is going to be great. Overall I think a really positive night.’ 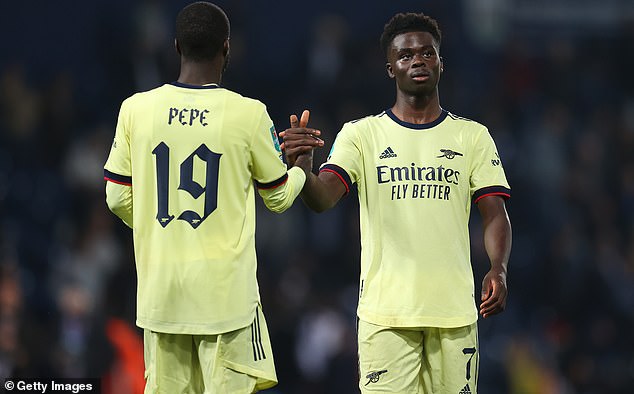 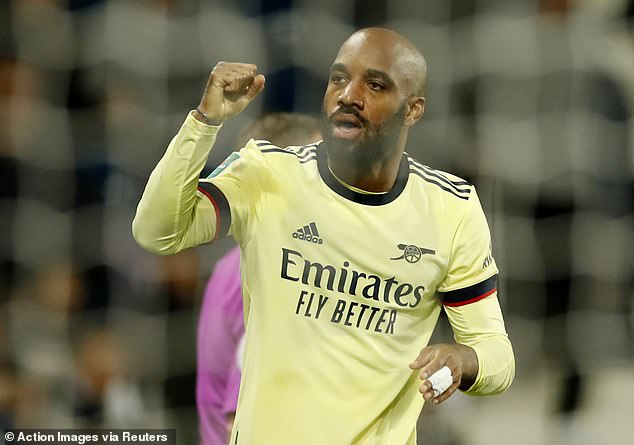 While the defeat appeared galling for West Brom, who went into the game having taken 10 out of a possible 12 points in the Championship, head coach Valerien Ismael was happy with what he saw from his young side.

‘I think we need to establish the two situations,’ he said. ‘I think in the first-half, especially in some points it looked very good, good pressing, good intensity and we won the ball.

‘We had the first big chance of the game and we concede the first goal with a massive mistake and you have to accept this with the young lads.

‘Throughout the 90 minutes we struggled as well at some points but it is about mentality to stay strong.’