‘I don’t listen to these people… they either like me or they don’t’: Mesut Ozil hits back at his critics and admits he gets ‘p***** and aggressive’ in training because he always wants to win

Arsenal star Mesut Ozil has hit back against criticism of his style of play and admitted he even gets ‘p***** and aggressive’ during training because he wants to win all the time.

The German midfielder continues to divide opinion over his pedestrian and lethargic nature on the pitch during matches.

Pundits have slammed him over a lack of work rate but the 30-year-old remains one of the most exciting players to watch in the Premier League and has been a cornerstone of the Arsenal team since joining in 2013. 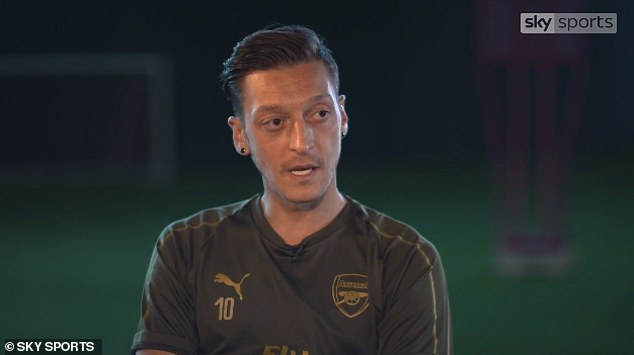 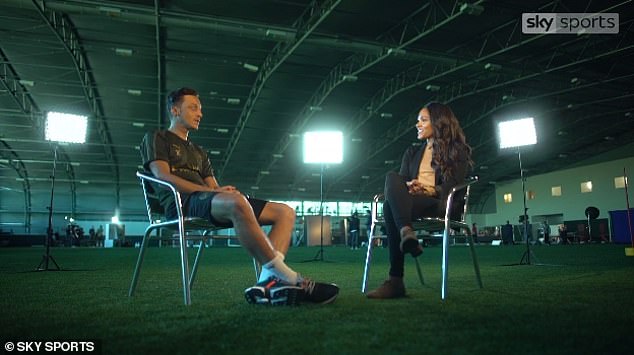 In an interview with Alex Scott, Ozil denied not having the drive and determination to win

When asked about his attitude in an interview with Sky Sports, Ozil hit back at claims he doesn’t possess the necessary will to win.

He said: ‘I am not the youngest anymore but I started playing professionally at the age of 16 or 17 and it’s always been up and down with me – people either like me or they don’t.

‘I don’t listen to these people – I just listen to my coach and my people who say things straight to my face. So of course, if I play bad, I know that just as I know when I play well.

‘But if people just say bad things about me because they want to be in the newspaper – I know that and I don’t care about them.

‘I always have motivation, particularly before the games – I want to win all the games and I hate to lose, even in training I am p****d and aggressive because I always want to win.

‘I am a very calm person, sometimes on the pitch I get very emotional if I make mistakes or give the ball away because I want to make everything perfect. The coach wants me to give everything on the pitch – which is what I do but I still work hard to reach my aims.’ 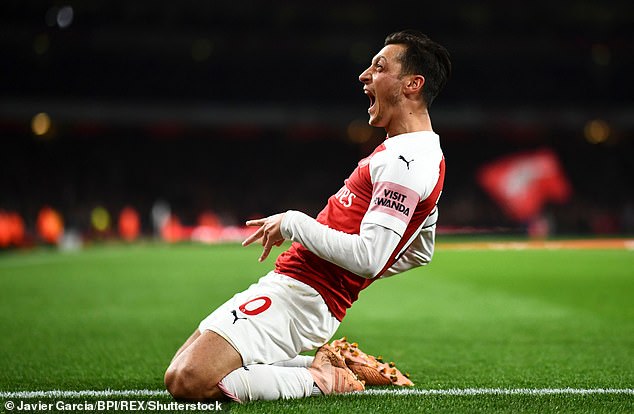 Ozil was in inspired form as Arsenal won their 10th game in a row on Monday night against Leicester.

He scored the equaliser at the Emirates Stadium before assisting team-mate Pierre-Emerick Aubameyang later on in the evening.

He was rested on Thursday for the Europa League trip to Sporting Lisbon but is expected to be recalled to the team for Arsenal’s trip to Crystal Palace on Sunday.

Under new manager Unai Emery, Ozil has contributed four goals and a single assist so far this season as the Gunners have embarked on a stunning run of form since losing their opening two games against Manchester City and Chelsea.