‘The greatest choke artist of all time’: Lionel Messi is ruthlessly mocked by rival fans after Argentina’s shock 2-1 defeat at the hands of Saudi Arabia, as they label his abject display a ‘disasterclass’ and insist he is ‘not winning this World Cup’

Football fans have poured onto Twitter to slam Lionel Messi for ‘choking’, as Argentina suffer a shock 2-1 defeat to Saudi Arabia in their 2022 World Cup opener in Qatar.

The PSG forward opened the scoring for World Cup favourites Argentina from the penalty spot in just the 10th minute of the match after a VAR check.

They had three other goals ruled out for offside calls picked up by the automated system before half-time as Saudi’s high defensive line just about held firm. 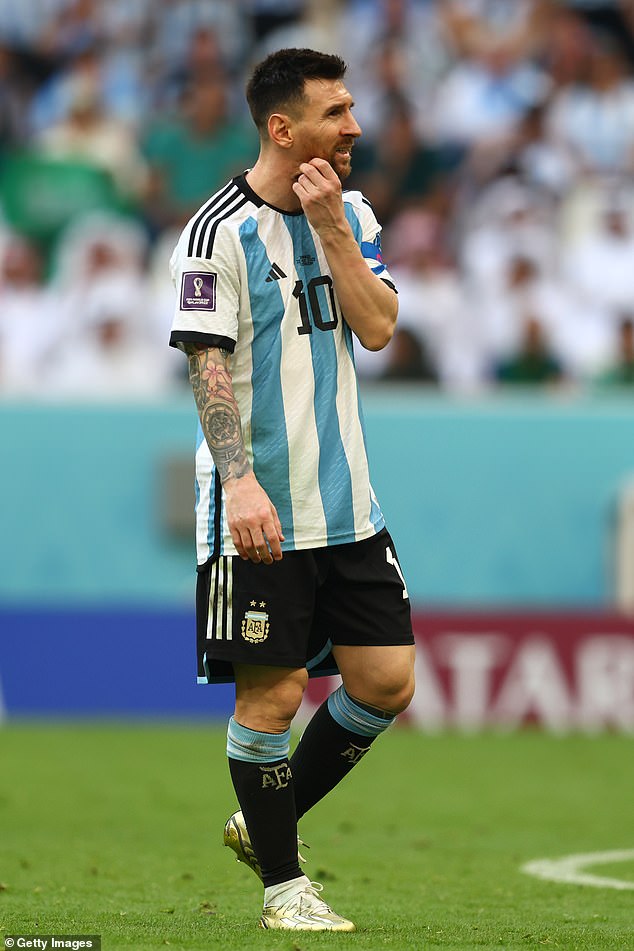 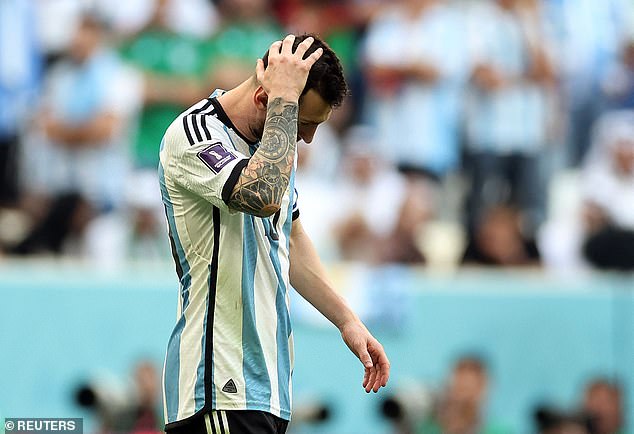 Against all odds Saudi Arabia notched two goals in the space of eight minutes in the Group C clash.

Saleh Al-Shehri drew them level as he stole a yard on Cristian Romero to fire across goal and equalise.

Salem Al-Dawsari then worked himself into space to shoot inside the box to pick out the top corner as Argentina’s defence was breached again.

Rival fans from across the world were left in shock and quickly flooded to social media after the final whistle to slam PSG forward Messi for flopping on the international stage.

One fan said: ‘Messi choked yet again. he is not winning this world cup.

A second quickly posted: ‘Messi the greatest choke artist of all time for Argentina and big moments.

A third tweeted: ‘Messi remains the biggest choke artist in international play. What a loser!

More fans chimed in by agreeing that the 35-year-old continues to choke when it comes to the international stage, having failed to win a World Cup in his illustrious career.

One posted: ‘Messi and Argentina bottle it again overrated as f**k.

Another added: ‘Messi is the biggest bottle merchant in World Cup history.’