Real Madrid caretaker coach Santiago Solari made good on his promise to get the team playing ‘with balls’ again, and he unleashed 18-year-old Vinicius Junior in an impressive 4-0 win over Melilla in the Spanish Cup.

In driving rain and with the side on a run of one point in five games in La Liga, Madrid were ripe to be cup giant-killing victims but they won the first leg and although he did not score, Vinicius was the star. 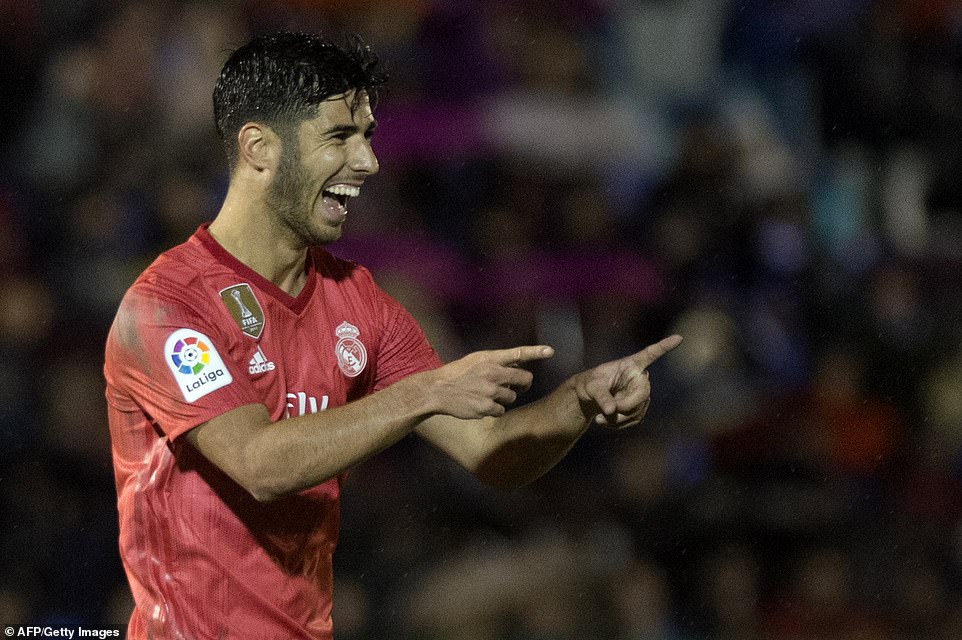 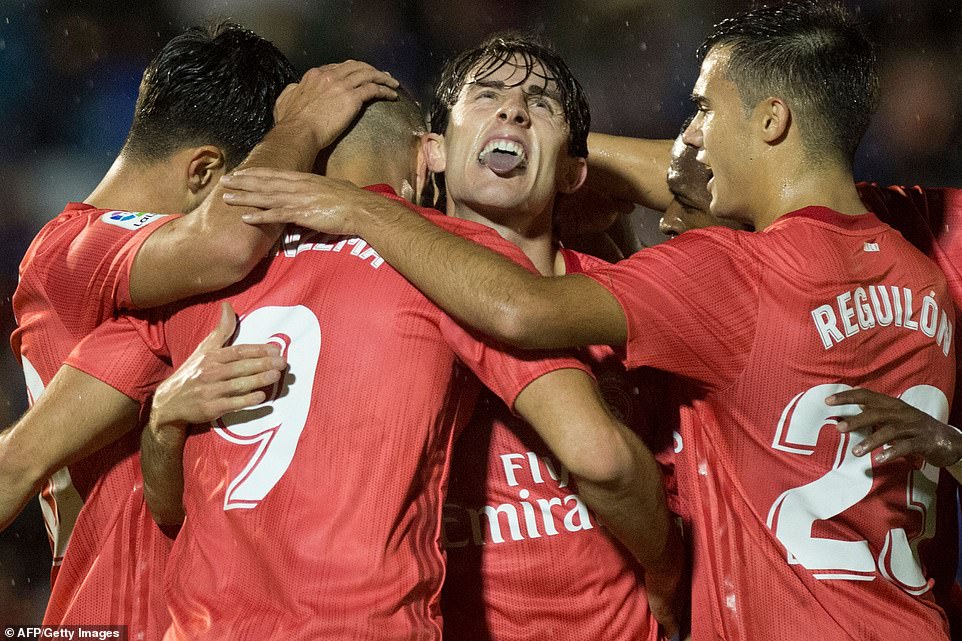 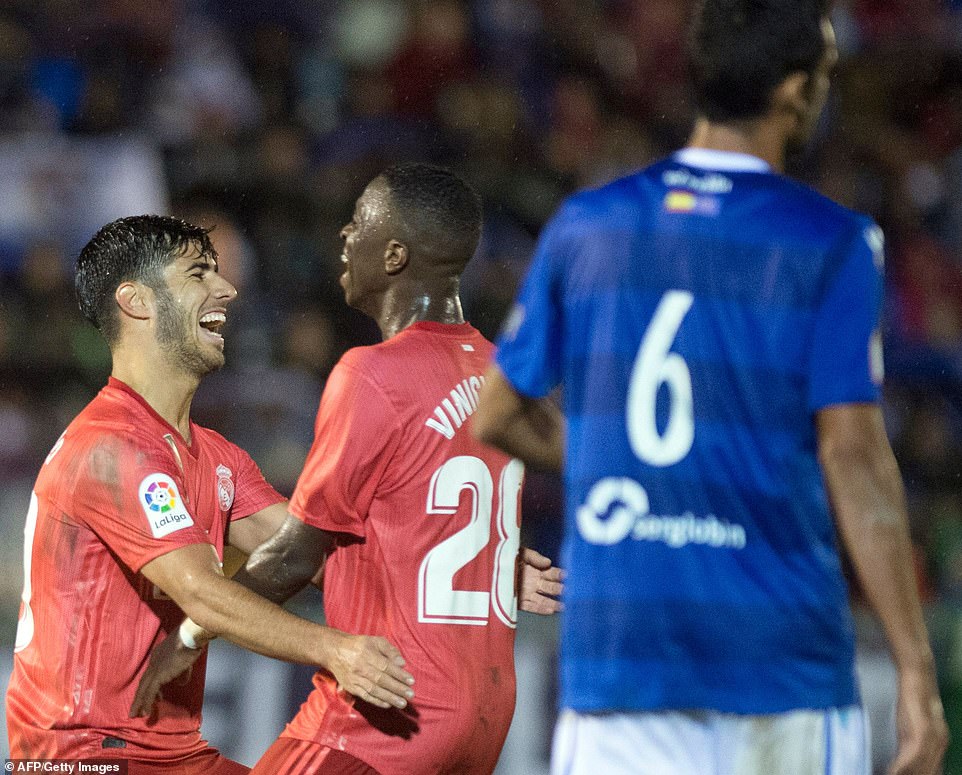 Solari has just two weeks to prove he, and not Roberto Martinez, is the right man to take this job full time, because Spanish Federation rules mean Madrid can only have a temporary coach for a period of 14 days.

But if his remit includes blooding Vinicius and reviving Marco Asensio and Karim Benzema, who both scored, then this was an excellent start.

Vinicius played the pass of the night with the outside of his boot through the legs of a Melilla defender to set up Asensio for the first. Asensio played the first half behind Benzema and the second half as the centre-forward after the Frenchman was taken off.

Benzema scored the first from Alvaro Odriozola’s cross. Madrid were direct and full of energy and Lucas Vazquez could and should have scored two more first half goals. Twice Dani Barrio saved from the winger first pushing over a long shot and then blocking another effort at the near post.

In the second half there was more evidence of Vinicius’ talent as the Brazilian signed from Flamengo in the summer for 45m euros cracked a shot on to the bar.

Watching him terrorize albeit third tier defenders made a mockery of sacked coach Julen Lopetegui’s refusal to give the youngster a chance.

At the weekend Vinicius was prevented from playing with the B-team but then sent to the stands to watch the first team against Barcelona as Lopetegui refused to name him on the bench. 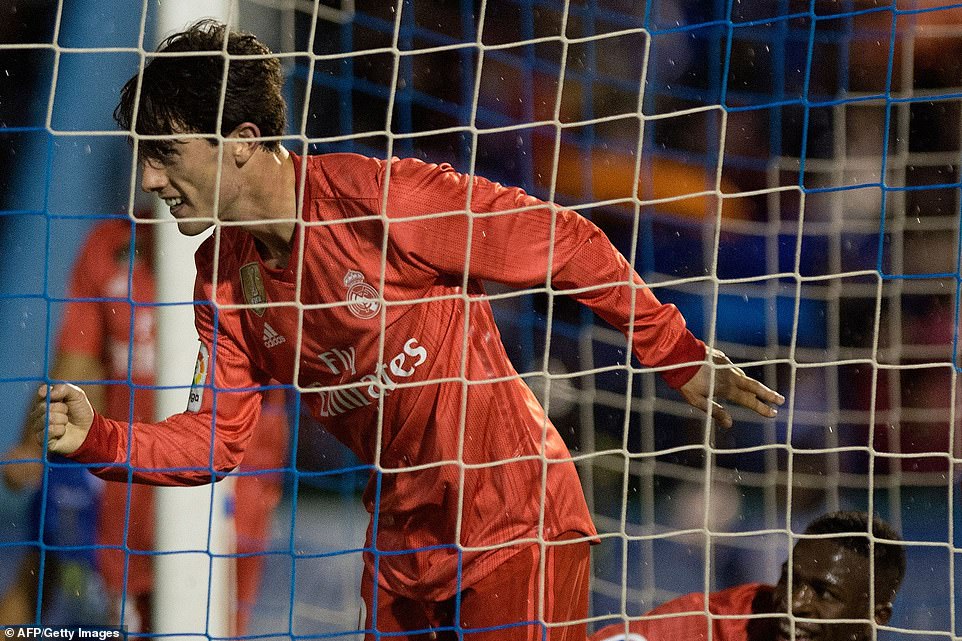 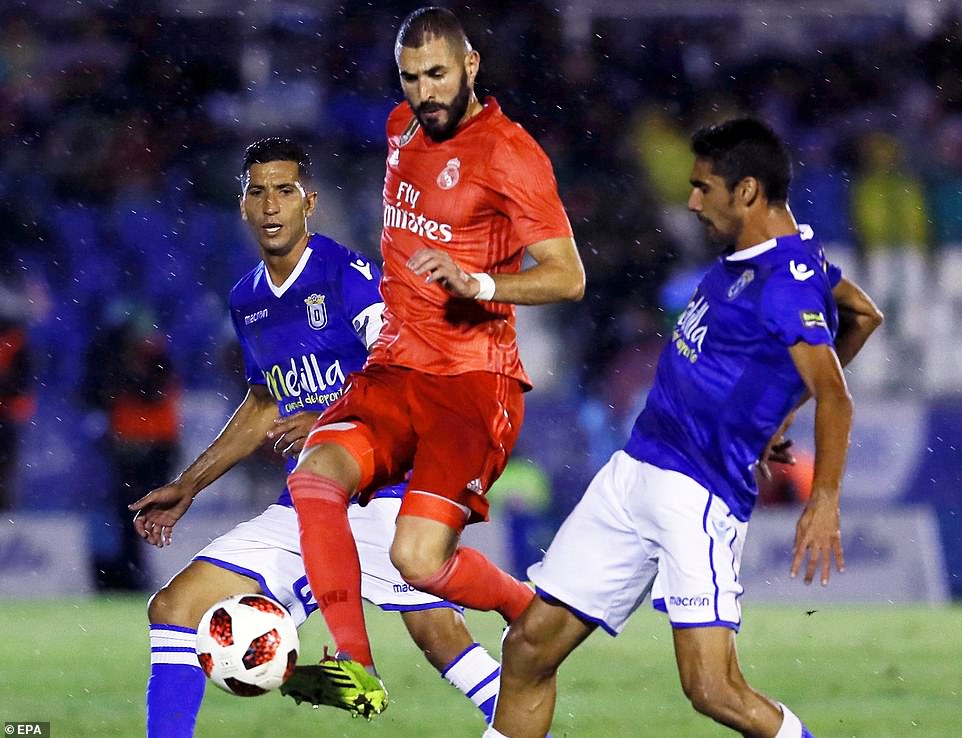 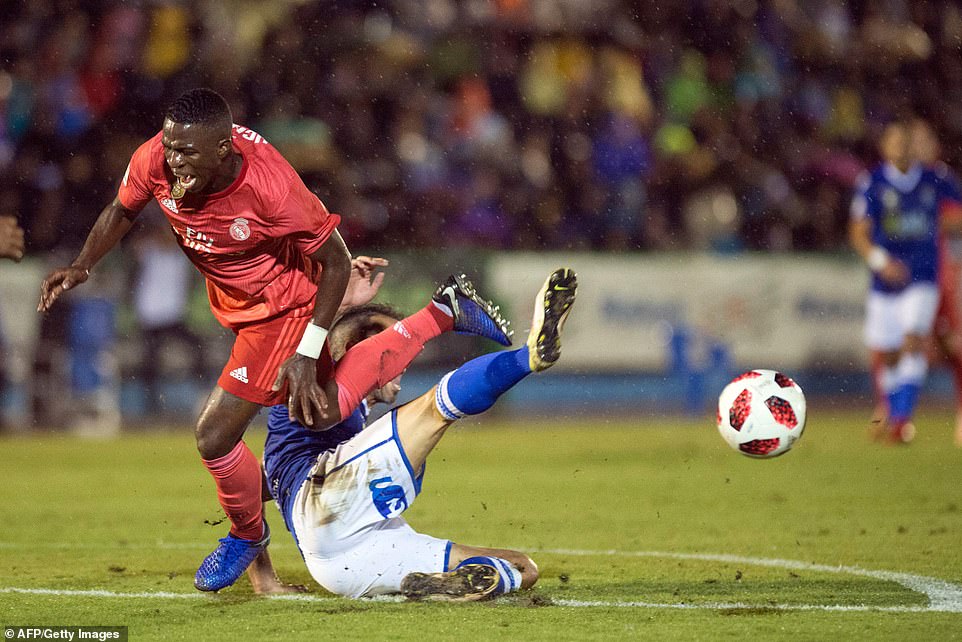 Real Madrid looked comfortable throughout this match with Keylor Navas back in goal as the club’s official cup keeper, and with Sergio Ramos and Nacho playing a half each as Madrid protect their dwindling supply of centre-backs (both Raphael Varane and Jesus Vallejo are injured).

Their third goal summed up the ballsy display. Asensio and Vinicius both tried to bundle the ball over the Melilla line before it was finally buried by Odriozola from one yard out. Youngster Cristo Gonzalez nodded in the fourth with the last chance of the game.

Solari now takes charge of the team against Valladolid in the league at the weekend before travelling to the Czech Republic to face Viktoria Pilsen.

The following weekend they go to Vigo to face Celta and then – during the international break – the club must make a decision.

Solari has made a good start and, in the process, Vinicius has gone from future prospect to part of the remedy for Madrid’s current woes. 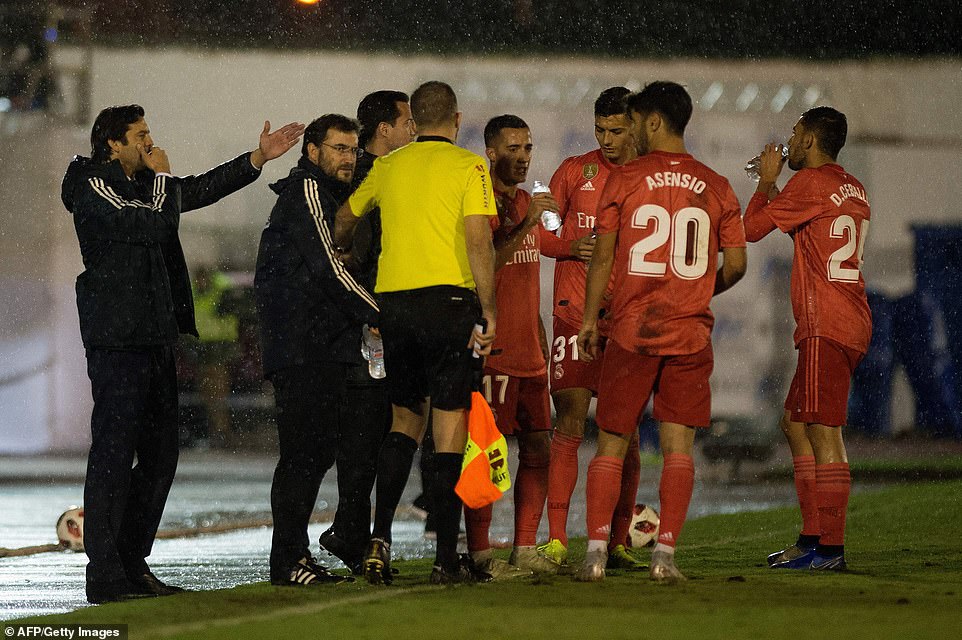 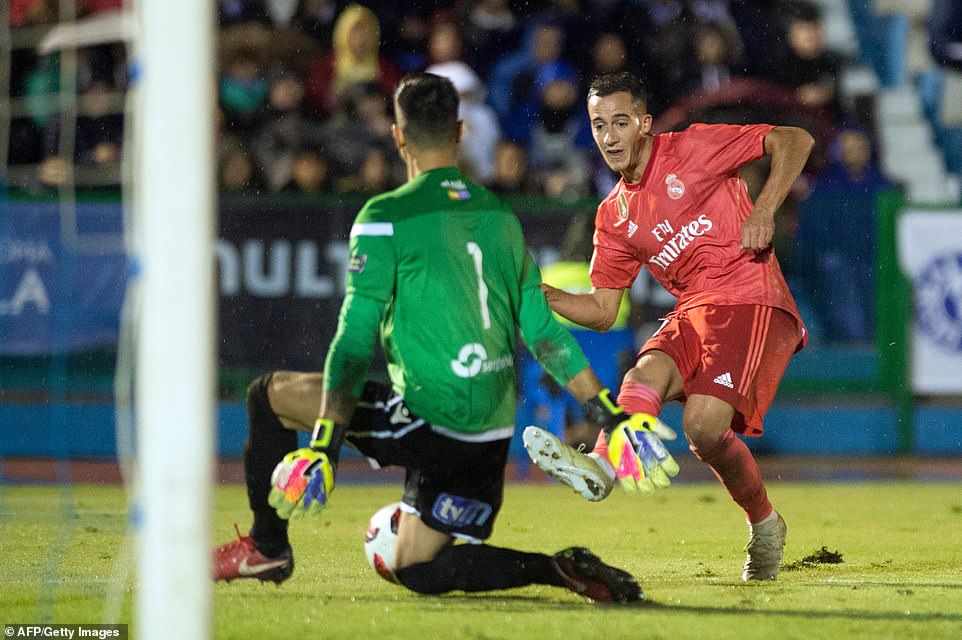 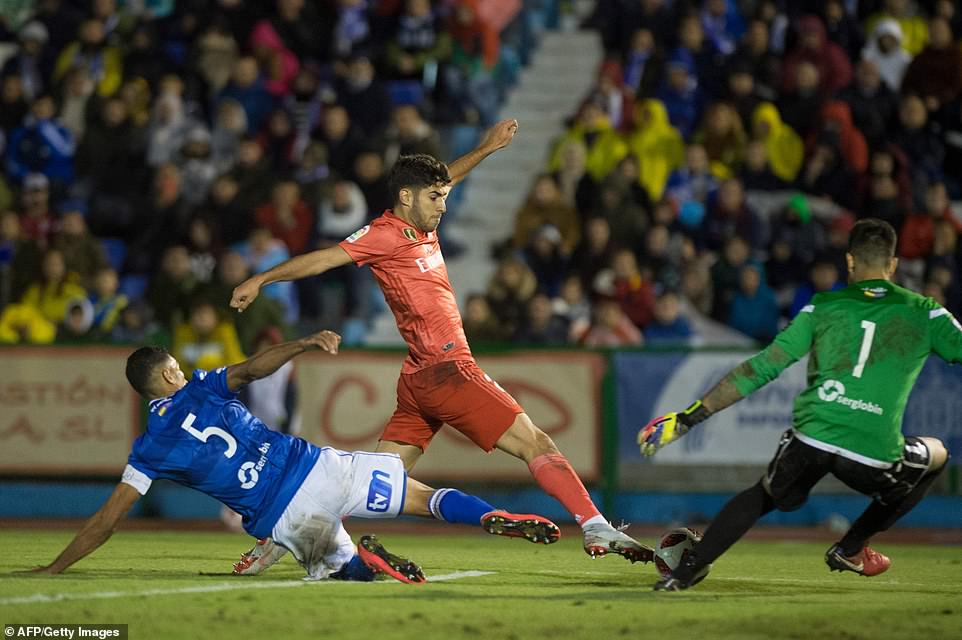 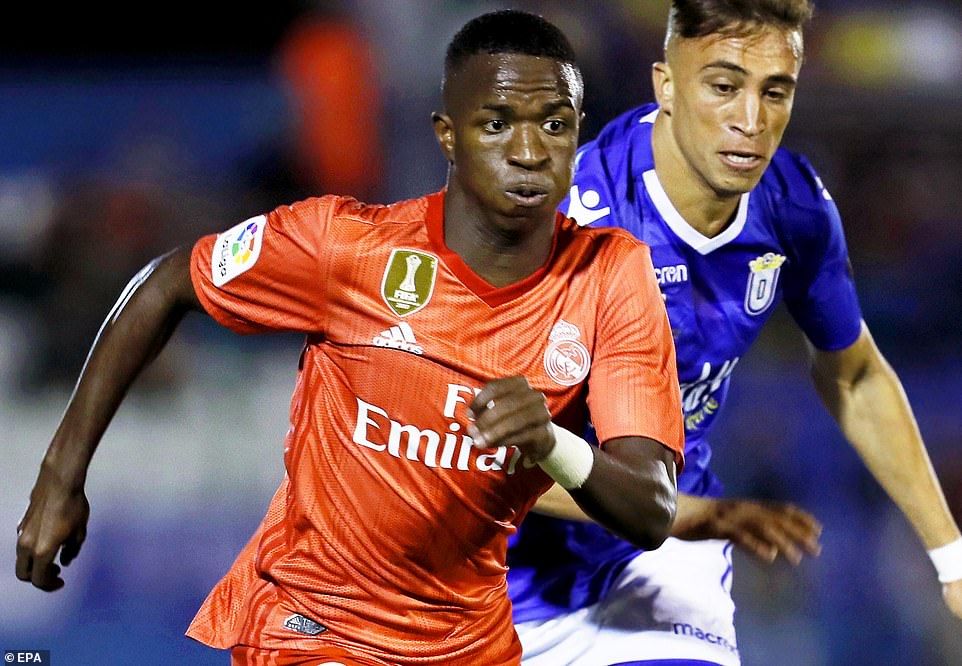