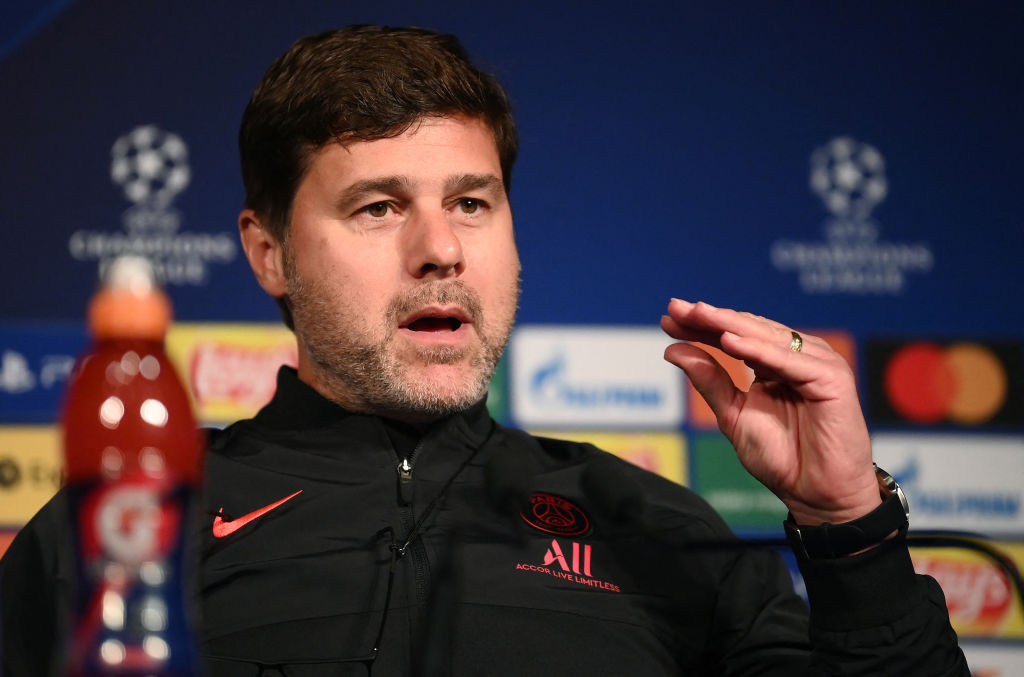 Mauricio Pochettino signed a Manchester United shirt for a supporter inside Paris Saint-Germain’s team hotel before their Champions League tie against Manchester City on Wednesday.

The Argentine is one of United’s top choices to replace Ole Gunnar Solskjaer, who was sacked on Sunday, but the club face huge difficulty in luring away from Paris Saint-Germain will over half of the season still to go.

Pochettino is understood to be interested in taking charge of United, and is said to be unhappy with his current situation at PSG.

However, the French club are unwilling to let the 49-year-old leave before the end of the campaign.

United are now looking for an interim appointment to see them through for the rest of the season with former Barcelona head coach Ernesto Valverde and ex-Lyon boss Rudi Garcia both contacted.

But Pochettino has given a big indication that his long-term future could be at United after he opted to sign a shirt for a fan at The Lowry Hotel this week.

Is it a sign? ð This Man Utd fan saw Mauricio Pochettini inside the PSG team hotel, and he was happy to give an autograph on this #MUFC shirt pic.twitter.com/9PpqatBhLN

‘We met Poch today, my kid had his autograph stuff in the bag and the guy goes, ‘see if you can get him to sign a Man United shirt’. That’s my kid’s shirt, what they didn’t post was the photo of him signing it,’ Billy, the United supporter, said in an interview with talkSPORT.

‘There was a representative next to him going, ‘excuse me, it’s a Manchester United shirt, he won’t sign it’. And he goes, ‘it’s fine, it’s fine’ and he signed it.

‘I fully expected him to [not sign it]. I said [to my son], ‘get your card signed first and put your shirt out and see what happens’.

‘He was being told to turn it down, so he did have an out, but he didn’t and he signed it.’

Following his side’s 2-1 defeat to Manchester City in the Champions League, Pochettino was also evasive when asked if he had reassured his PSG players that he will be staying at the club.