Home » Soccer » Mauricio Pochettino has 'struggled' since arriving at PSG

‘We won’t miss him if he leaves’: Mauricio Pochettino has ‘struggled’ since arriving at PSG, according to those who follow the French giants… Man United may feel they are getting a top boss, but his departure will not be mourned

Mauricio Pochettino will hope Ed Woodward’s search for character and coaching references ends before he reaches the Channel Tunnel.

In two years since leaving Tottenham, Pochettino’s standing has only grown as turbulence swelled in north London.

At Paris Saint-Germain, on the other hand? ‘It’s been nearly one year now and he hasn’t achieved anything,’ says Vincent Duluc of sports newspaper L’Equipe.

Hardly a glowing endorsement as Manchester United scramble for a manager to revive their fortunes. 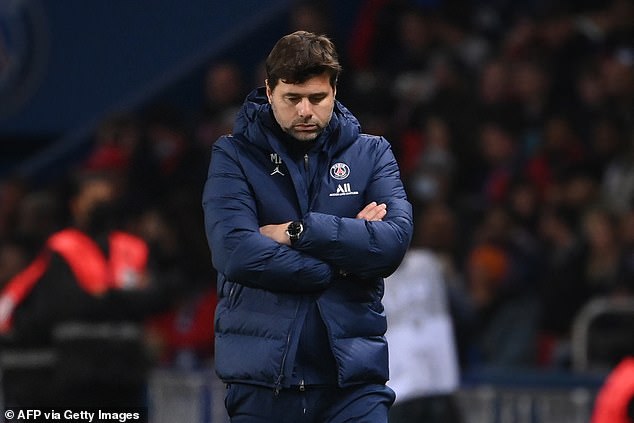 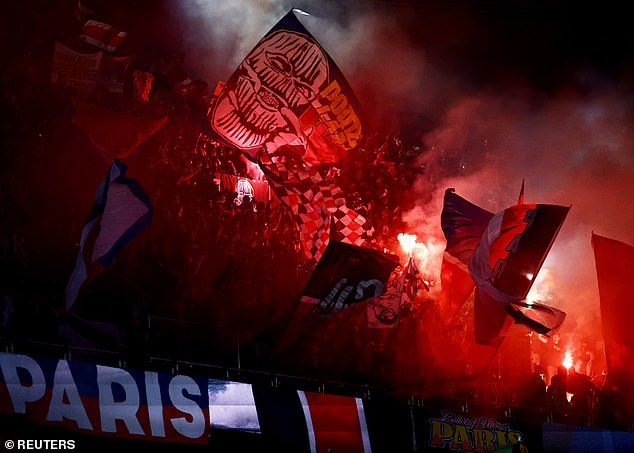 ‘I think we are all disappointed with what we have seen,’ adds Duluc. ‘We all thought that Pochettino could be the man who would force these players to play together. It’s not the case. There is no improvement at all. It’s quite poor.’

PSG are 11 points clear atop Ligue 1 after just 14 games. But domestic supremacy is the minimum requirement — particularly given the summer arrival of Lionel Messi, Sergio Ramos and Co. ‘We feel that he is struggling,’ adds Le Parisien reporter David Opoczynski.

‘Pochettino was very well received by the fans when he arrived because they were fed up with Thomas Tuchel and, above all, he was a former player.’

Now, though, some have turned. #PochettinOUT has appeared on social media. ‘Today, many would not be disappointed to see him leave,’ claims Opoczynski. Some problems don’t reflect well on the Argentine. His side were beaten to last season’s Ligue 1 title by Lille, while his predecessor turned Chelsea into European champions in five months. Pochettino’s distinctive style of play at Tottenham has been lost too.

‘I speak to Hugo Lloris very often and he really liked Pochettino,’ adds Duluc. ‘He said he was a great coach. So we are all disappointed with what we see, the way he makes the team play.’

Many issues, however, run much deeper.

Pochettino is not given total control over recruitment and, perhaps more pressing still, ‘the players are more powerful than the coach,’ says Duluc. ‘They have a direct link to the owner. I think the players like Pochettino — this is not the problem. It’s just that he doesn’t have enough power to change things.’

So far, his only public clash with a superstar came in September, when Messi looked rather miffed at being substituted against Lyon. 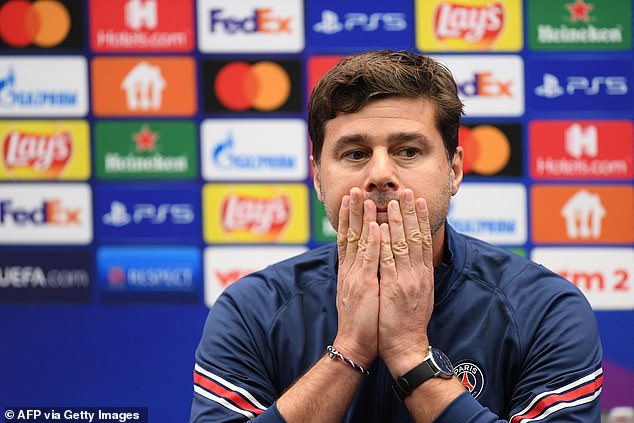 And yet, there have been times when Pochettino has hardly helped himself. Opoczynski recalls: ‘He said that it was not his project, “We are here to develop PSG’s ideas, not our own ideas”.’

For how much longer isn’t clear. Opoczynski believes PSG fans would be happy if Zinedine Zidane was brought in. But would it be a shame for French football to lose Pochettino?

‘No, not really,’ says Duluc. ‘He doesn’t speak French in any press conferences, he doesn’t say anything. It’s always boring. I’m not sure we will miss him.’