Mason Mount’s big moment at Stamford Bridge could be scuppered by a foot injury.

The Chelsea midfielder, on loan at Championship Derby, has been given special permission to play against his parent club on Wednesday night, as has defender Fikayo Tomori.

However, Mount, 19, did not last the 90 minutes against Middlesbrough at the weekend and Derby boss Frank Lampard was giving nothing away about the player’s fitness. 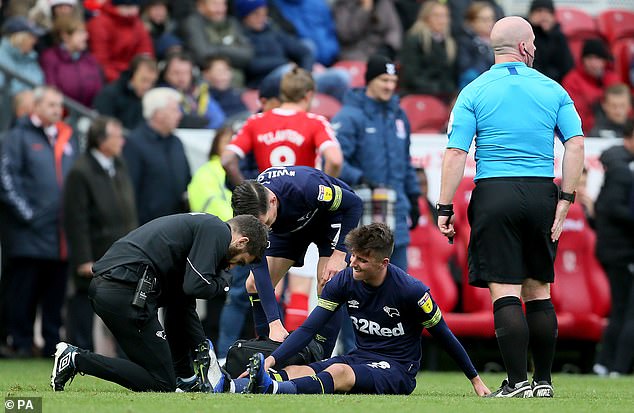 ‘We’ll see,’ was Lampard’s smiling response as he faced questions on his own emotional return to the Bridge.

‘They are Chelsea players and this is an incredible opportunity for them. I don’t want to heap it on Mason but his quality, his talent and his work race means he can be very special.

‘Even if he is having a game where he can’t affect anything, his work rate without a ball is outstanding and that’s what picks him out. 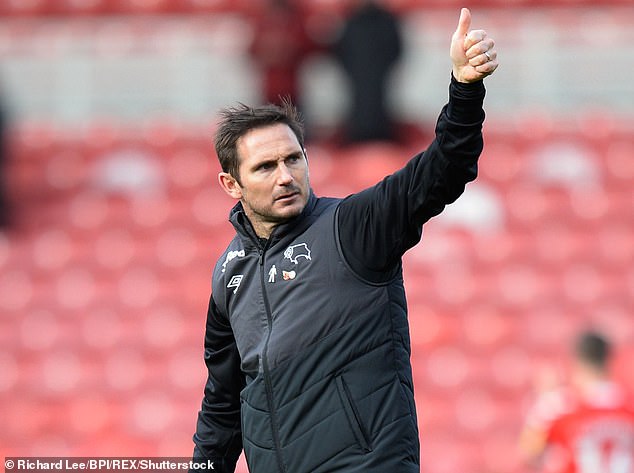 Derby have already knocked out Jose Mourinho’s Manchester United in the Carabao Cup this season and Lampard will take a strong team to the club which will always remain close to his heart.

He believes Chelsea are already looking like title challengers under Maurizio Sarri.

‘Sarri is very impressive. He has made a great start and made his imprint on the team. see them in a mix of teams like Manchester City, Liverpool and Tottenham this season. It will be a great challenge for my players.’