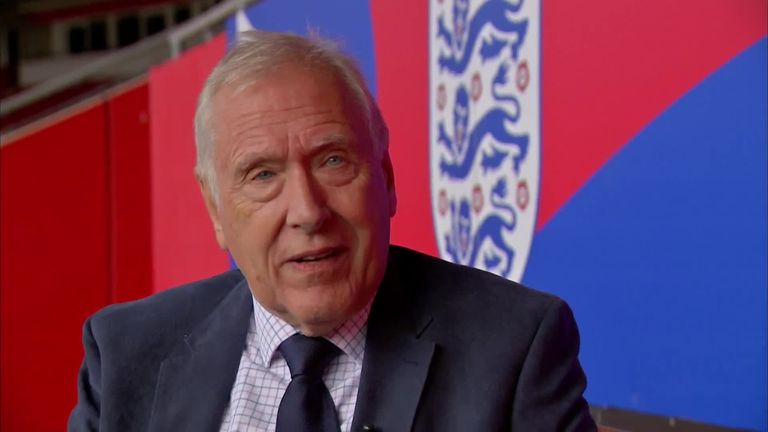 The first England game I commentated on, I’ll never forget. It was a great honour to be chosen, I was working for ITV at the time, in 1982.

They’d selected me to do the World Cup finals that summer in Spain. I pointed out when I was chosen that I’d never done an England game, and I was given a game in the build-up away to Wales at the old Cardiff City Stadium, Ninian Park. England won 1-0 with Trevor Francis scoring the goal. It was a fantastic feeling, in a strange way and other commentators would feel it as well, when you get picked to commentate on England it’s a bit like getting picked to play for England as a player.

And now here we are – it’s been over 300 since then, and every one’s a pleasure.

I guess the best game was the ’66 final. I wasn’t there, I went to a group game against France and stood behind the goal, felt very patriotic, watched the final at home and just stayed in front of the TV.

They showed all the celebrations in the evening, I don’t think I moved for about seven or eight hours. From my commentary career, there’s so many to choose from but one that stands out for Sky Sports was the David Beckham goal against Greece. 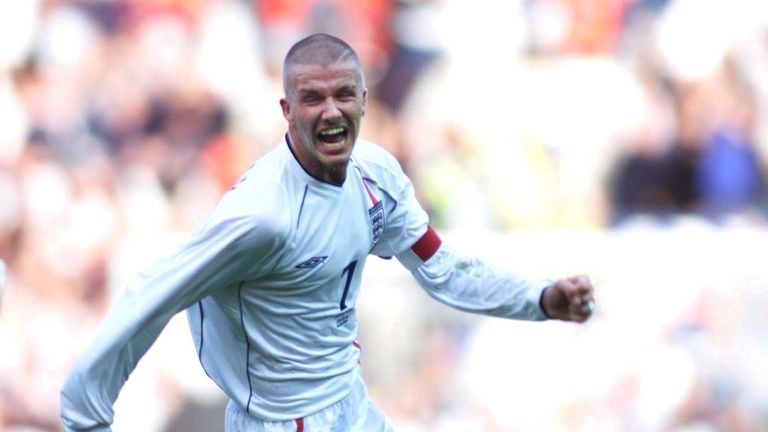 It was a strange feeling because he’d had a few free-kicks, and I felt he was getting closer. The words I chose as he lined it up reflected that, and boy did he deliver – not just for me but the country too.

(Speaking before Tuesday’s game against Kosovo). The last game against Bulgaria was the latest in what Gareth Southgate hopes will be 100-per-cent qualification. They didn’t offer too much to vary the tempo of the game which was attack against defence.

There was that moment at the start of the second half where Wanderson didn’t score and England went straight up the other end and won a penalty, and from that point we were always going to win the game. It’s hard to draw definite conclusions, but the one real positive for me was the front three. 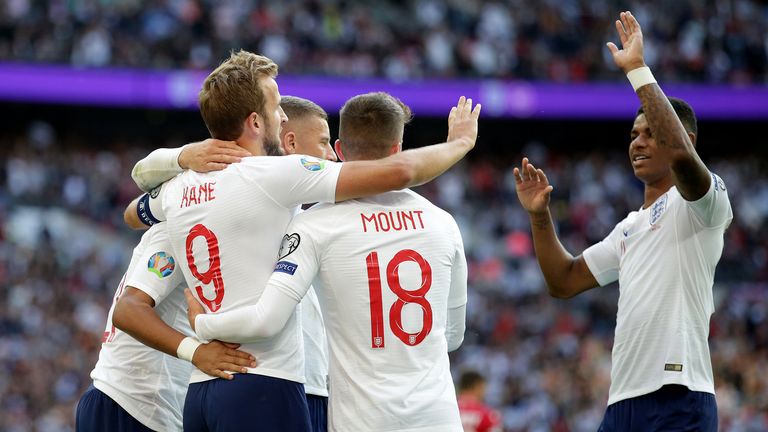 We’ve been talking about the front three at Arsenal and Liverpool having an exciting way of playing where the midfield doesn’t have to be super-creative, and perhaps England are a bit short in that department. But when you’ve got players like Harry Kane, Raheem Sterling and Marcus Rashford – Jadon Sancho capable of pushing them as well as others – I think it’s a good way to go.

Watch highlights of all of England’s Euro 2020 qualifying games for free with Sky Sports.

The best bits from each game will be available on skysports.com, the Sky Sports app and the Sky Sports Football YouTube channel from 15 minutes after full-time – and you won’t need a Sky Sports subscription to tune in.

Our biggest season yet on Sky Sports

The Premier League is back and you can watch more games than ever before on Sky Sports. We’ll show 128 Premier League games exclusively live – and have the first pick of matches every weekend.