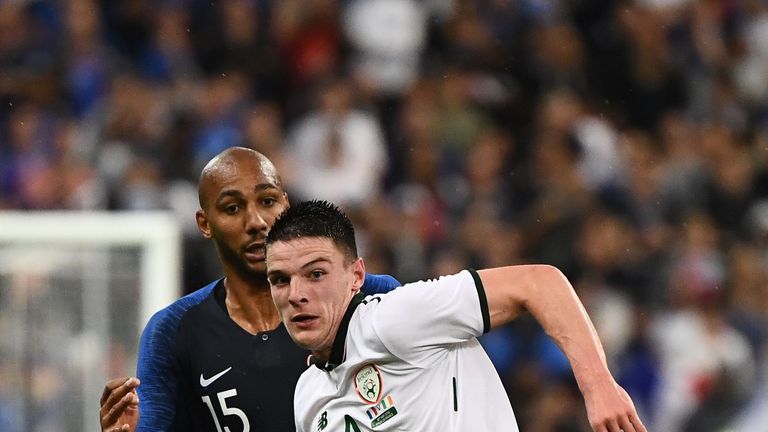 Martin O’Neill has still not given up hope that young West Ham star Declan Rice will choose to play for the Republic of Ireland.

The 19-year-old has not been included in a 36-man provisional squad for the friendly against Northern Ireland and the Nations League trip to Denmark later this month.

Sources have told Sky Sports News that Rice favours switching his allegiance to England, despite having played three friendlies for the Republic of Ireland.

However O’Neill is still hopeful he will get the answer he wants from the English-born player, who qualifies for Ireland through his father’s side of the family.

Asked about the suggestion that the player has made his decision, O’Neill told a press conference in Dublin: “That may well be the case, I don’t know. I’m in contact with the family and they said they would let us know.

“The player will have the decision. I’m not waiting every single moment. I would hope that he would come and play for us – that would be great, for the next 10 or 12 years, for him.

“But he’s got things to consider and whatever decision he comes up with, I will abide with.”