Martin Odegaard has reportedly been left devastated at being told by Real Madrid that he no longer has a future at the Bernabeu but the midfielder has made it clear where he wants to move in the summer. Odegaard has made a strong impact at the Emirates since he joined Arsenal on loan in January.

When Odegaard arrived in north London, the Norway international made it clear that his plan was to return to Spain in the summer to once again battle for his place at Real.

He’s been sent out on loan to various clubs since joining Los Blancos as a teenager back in 2015.

But his successful loan spell at Real Sociedad last season saw him recalled by Zinedine Zidane at the start of this campaign.

It was thought that Odegaard would be given prominent minutes in the Spanish capital but he quickly fell out of favour under Zidane. 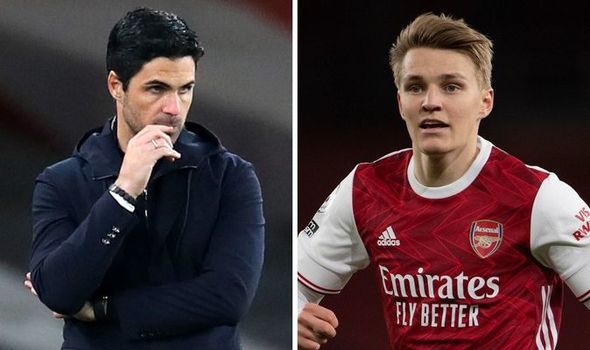 He was made available for a loan move again in Janaury with Arsenal swooping in to sign the 22-year-old on a short-term deal.

And Mikel Arteta has already indicated that he would like to have Odegaard at the club next season.

Odegaard’s preference has always been to return to Real as he believes he has what it takes to make it at the Bernabeu.

But, according to 90min, Real have made it clear that Odegaard will not be in Zidane’s plans for next season and either and a transfer away will be on the cards.

It is claimed that Odegaard has been left ‘heartbroken’ by the news, but he is already looking at where his next move could be.

The report claims that Odegaard would prefer a switch to the Premier League having settled in at Arsenal in just a few months.

However, the Gunners will not be alone in trying to sign Odegaard with three other Premier League sides said to have made contact with the player’s representatives.

Paris Saint-Germain and Inter Milan are also said to be keen, but Odegaard reportedly doesn’t want to move to Italy. 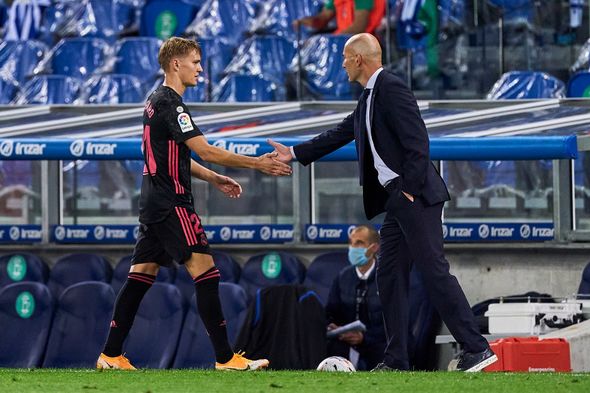 Arsenal may well have the biggest advantage in negotiations with Odegaard working closely with Arteta for the remainder of the season.

And Odegaard admitted last month to being impressed by the Spaniard since his arrival at Arsenal.

“Very good. He is incredible. I have a lot to learn from him,” he said.

“I just need to ‘sharpen my ears’ and pay attention. He is fantastic.”