Denmark striker Martin Braithwaite was one of those players who walked around the perimeter of the Parken Stadium to accompany heart-attack victim Christian Eriksen off the pitch last year at Euro 2020.

Nothing brings a bigger smile to his face as he talks up Denmark’s chances of winning this World Cup, than the prospect of him walking back out on to the big stage with Eriksen alongside him on Tuesday.

Eriksen had to be resuscitated on the pitch during Denmark’s game with Finland last year. One of the enduring images of that awful sequence of events is Braithwaite, hands clenched in prayer, being supported by Kasper Schmeichel as Danish team-mates formed a human shield around their stricken friend.

‘It was something that went beyond football,’ says Braithwaite. ‘Life passes by so fast and you need to enjoy every moment.’ 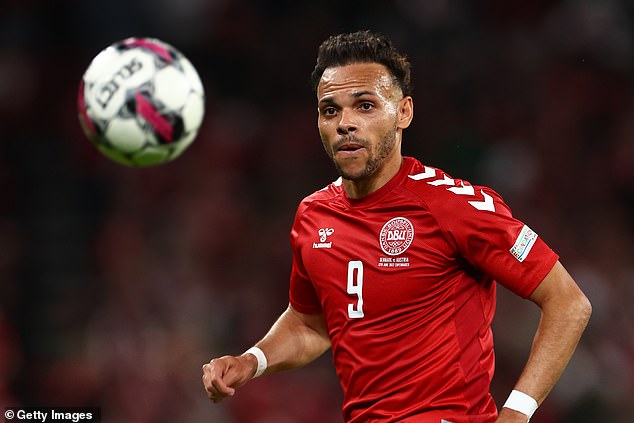 Looking back can he still close his eyes and remember the feeling of terror at what was enfolding?

‘Seeing that Christian is good again, it’s not with the same fear that I look back on it,’ he says. ‘It’s the first couple of days when you are unaware of what will happen.

‘In the end everything turned out really great for Christian. And it’s kind of like a fairytale now. We are playing a World Cup and he is part of the team again. No one imagined that at the time. It’s incredible.’

Denmark beat Russia 4-1 in their last group game at the Euros and the result sent them through so that just nine days after Eriksen’s heart stopped on the pitch, and with him now discharged from hospital, there was joy in Copenhagen. 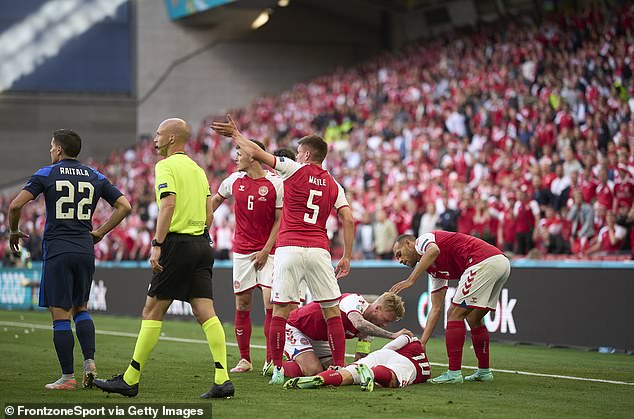 ‘You are ultra-focused when the game begins and you feel the special energy in the stadium,’ recalls Braithwaite of that emotional last group match.

‘The game is the only thing you can control and you just want to go and play it but leading up to the kick-off there was so much emotion in the stadium with the supporters really getting behind us.’

Braithwaite scored in Denmark’s last-16 4-0 win over Wales. They beat the Czech Republic in the quarterfinals and it was then an extra-time penalty given generously after Raheem Sterling went down in the area that saw them lose the semi-final against England.

‘We were definitely robbed,’ he says of Sterling’s penalty. In part the Eriksen incident still loomed large over Danish consciousness leaving a sense of football still being secondary, but the Danes were flying at this point – who knows what might have happened in the final had they got past England. Their unexpected tournament win at Euro ’92 is also ingrained on the national psychic. 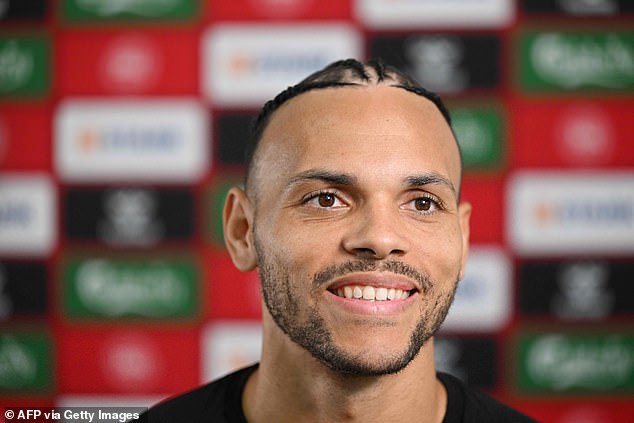 This World Cup sees Denmark in France’s group as they were in Russia four years ago. But that does nothing to temper Braithwaite’s supreme confidence in Denmark’s chances.

They topped their World Cup qualifying group winning nine of 10 games and they have beaten France twice recently in Nations League matches.

‘We know we are going to play against the best teams in the world, but we are one of them now so we are confident,’ he says. ‘We know France are the champions and they want to be champions again. But we believe we can achieve something so it’s good to play them early and get a good result and show the world that we are to be taken seriously.’

The meeting with France, after their group opener with Tunisia, will be a reunion with Antoine Griezmann who Braithwaite shared a dressing room with at Barcelona. Both became saleable assets as the threat of bankruptcy forced a fire sale at the Camp Nou.

Does he agree Griezmann is under-rated despite being a World Cup winner? His spell at Barcelona is always looked back on as a failure because he never clicked with Lionel Messi. 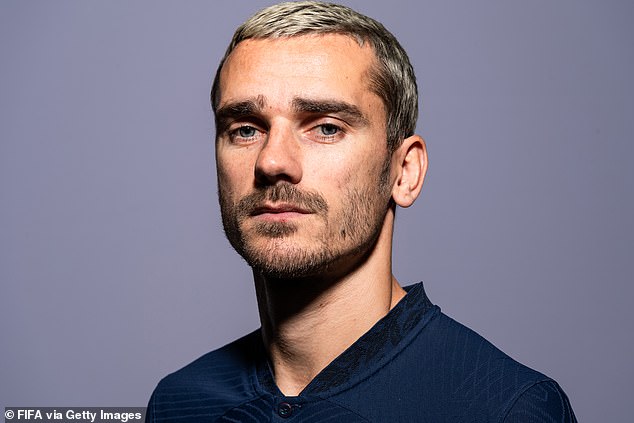 ‘People that don’t understand everything about football only see the things that are really visual like a player who goes past an opponent or scores goals,’ he says. ‘And the time when people really rated him [which I still do] he was scoring a lot of goals.

‘But he has so much quality. His movement is so good. He was amazing to play with. He sees the passes. He’s generous. He works hard and he is a true team player.’

Braithwaite never looked out of place at Barcelona and in the 2021-22 season, the club’s first without Messi, he scored twice in three starts before a knee injury that needed surgery ruled him out for four months. When he returned Ronald Koeman had been sacked and he was on new coach Xavi’s list of surplus players.

‘A lot happened in that season, it was crazy,’ he says. ‘I started really well because I wanted to prove a point and after the injury I was ready to prove myself again but sometimes these things don’t happen and you have to accept it and move on.’

He eventually moved on to Barcelona’s neighbours Espanyol where he stepped straight into the first team, despite having been out for so long. 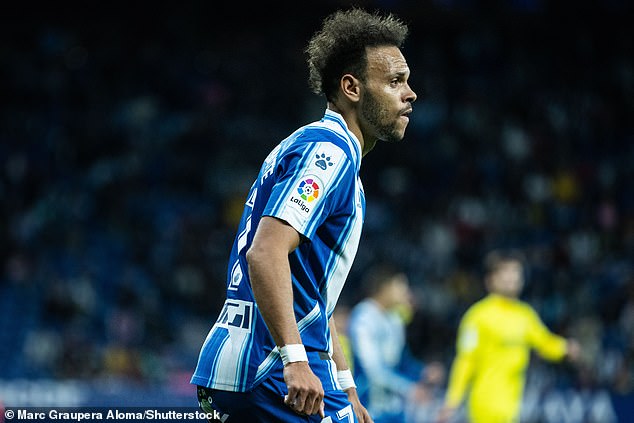 ‘After my injury I trained so hard,’ he says. ‘I had my personal trainer with me on the holidays. Sometimes my wife was not too happy about it but I knew I was going to find a club and I knew I had the World Cup so I would need to put the work in during the summer.’

It has paid off and now he is in coach Kasper Hjulmand’s squad and ready to help a Denmark side, buoyed by the presence of talisman Eriksen once more, go as far as they possibly can.

‘I’ve seen the pictures of the Denmark team winning the Euros in 1992,’ Braithwaite says. ‘I would love to be part of the team that brings back a trophy.

‘The Danish mindset is humble and hardworking and sometimes the humbleness can overtake any sense of what we are capable of. But the mindset has changed and people believe we can go on and win it. That’s why we are serious contenders.’