Ligue 1 have docked Nice two points, one of which has been suspended, and banned Marseille physio Pablo Fernandez for the remainder of the 2021-22 season after the violent brawls that broke out at their clash in August.

The game between the fierce rivals was abandoned after Nice fans invaded the pitch after 75 minutes with their team leading 1-0.

The homes fans angrily confronted opposing player Dimitri Payet, who had thrown a bottle initially aimed at him back into the crowd. 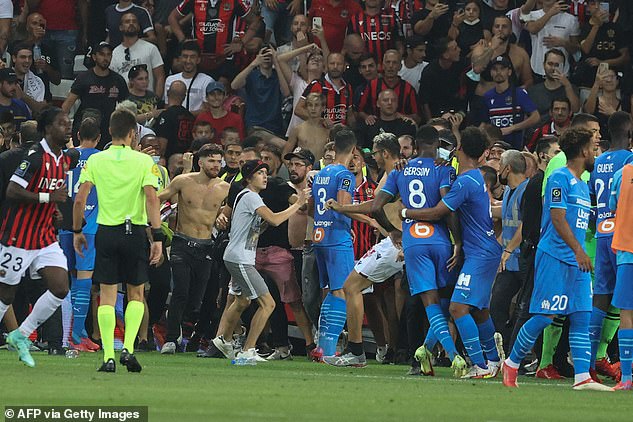 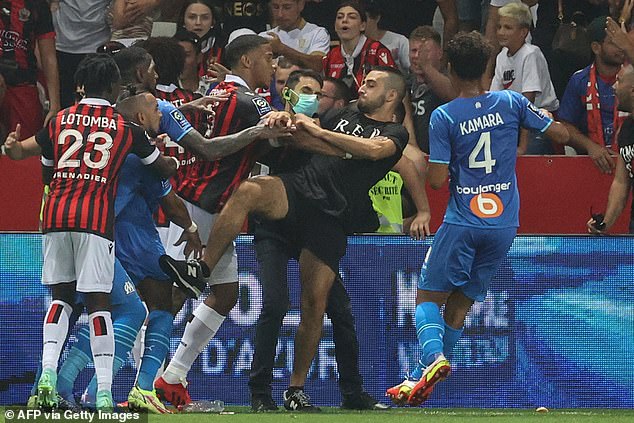 The pitch invasion sparked violent brawls between both sets of players, fans and staff members.

The game was called off and will now be replayed behind closed-doors at a neutral ground.

The hosts have been docked two points, one of which has been suspended, following the Ligue de Football Professionnel’s disciplinary hearing.

Marseille representatives also face sanctions and physio Pablo Fernandez has been handed a season-long ban, according to Goal. 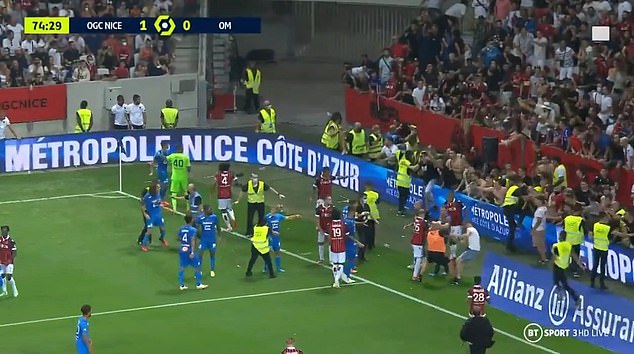 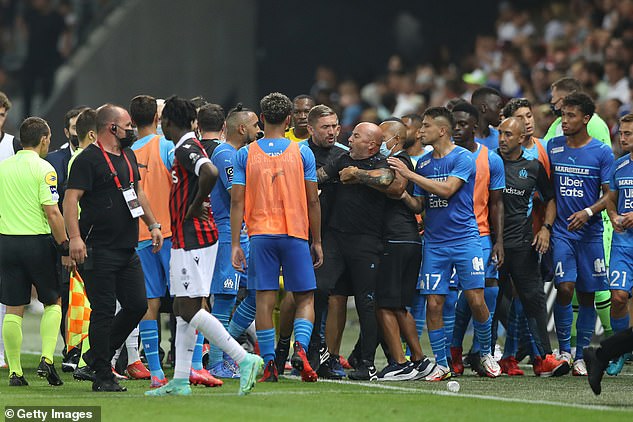 During the melee, Fernandez could be seen punching a Nice fan in the chest, putting him in hospital, according to Marca.

The Marseille staffer had already been suspended indefinitely by the LFP after his actions were caught on film.

It was originally reported that the physio could face a ban from football for years but he has gotten away with just one.

Payet has been sanctioned with a one-match suspended ban for his actions at the Allianz Riviera, while his team-mate Alvaro Gonzalez has been suspended for two games for provoking the home fans.

‘Meeting this Wednesday, the Disciplinary Commission of the LFP ruled on the incidents which occurred the third round Ligue 1 Uber Eats match between OGC Nice and Olympique de Marseille,’ the association explained in a statement published on its official website.

‘After reading the investigation report in the presence of the two clubs, the Commission decided to replay the match behind closed-doors on a relocated field. In addition, two penalty points were imposed on OGC Nice, including one suspended point.’

After the mass brawl, the referee led both teams off to the safety of the dressing room. Eighty minutes after the game was suspended, Nice said they wanted to restart.

But Marseille refused with club officials claiming their players’ safety could not be guaranteed.

During the on-pitch scuffles, an irate Marseille manager Jorge Sampaoli had to be restrained by his own staff and players as he confronted opposition stars before being led down the tunnel.

French newspaper L’Equipe reported that visiting players Payet, Matteo Guendouzi and Luan Peres were injured in scuffles with the crowd and riot police were deployed in front of the tier packed with Nice fans.

There were unverified photos circulating on social media of Payet with blood and scratches on his back, while more photos appeared to show team-mates Guendouzi and Peres with strangle marks on their necks.

‘Apart from the photo that is everywhere, there has been no violence against OM players,’ he told L’Equipe. ‘By the way, Guendouzi, with pictures to prove it, has no marks on his neck when he is on the pitch.’

Marseille were quick to refute the accusations with director of communications, Jacques Cardoze, insisting that an independent doctor checked out Guendouzi’s injuries. 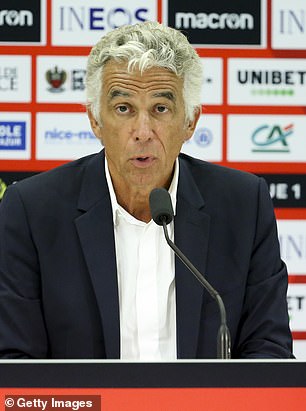 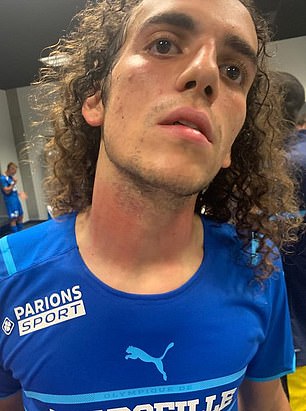