Mark Noble will become West Ham’s sporting director at the start of next year.

The former midfielder, 35, who spent his entire 18-year career with the Hammers, will take up a position that has been newly-created.

His remit will include supporting manager David Moyes, working with the club’s board of directors and matters such as academy development, player recruitment and staff wellbeing. 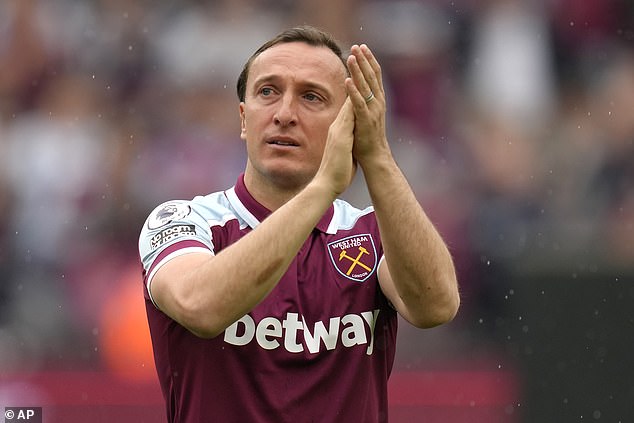 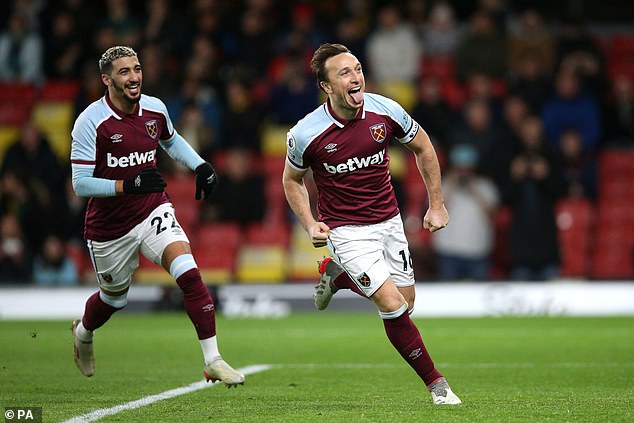 Noble said: ‘I’m really happy to be coming back and can’t wait to get started. I’d like to thank the Club for giving me the opportunity – it’s a great honour for me to take up this role at West Ham United.

‘I’ve spent the last 24 years as a player here, first in the Academy and then in the first team, and obviously have a deep knowledge and understanding of the Club.

‘Throughout my playing career, the one thing I strived for more than anything was constant improvement, on and off the pitch.

‘That became even more important to me when I was named club captain in 2015, and the last seven years have given me such great experience and preparation for the next stage of my life and career.

‘In particular, the last two years, as my playing days began to naturally wind down, gave me a fantastic opportunity to really spend some time educating myself and gaining greater knowledge and understanding of the work that goes on behind the scenes.

‘This Club has made some fantastic strides forward in that period and I am really looking forward to coming back at such an exciting time. 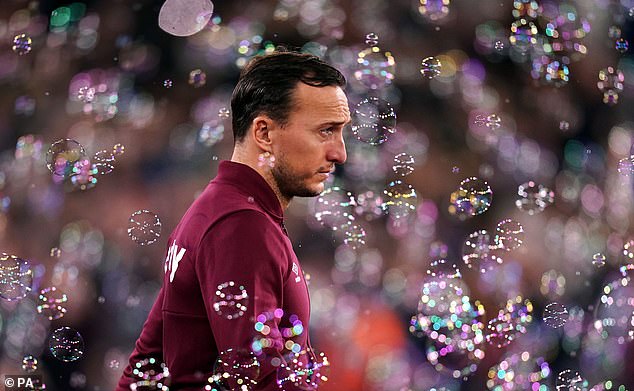 ‘I see it as a position that I can grow and develop in both personally and professionally. There are always difficult decisions to be made in football, but along with my colleagues at the Club, I will continue to put the best interests of West Ham United first.

‘The last two seasons have been a time of great progress, and I want to help us to continue moving forwards in the right direction.

‘I believe in the ambition shown by the Board and I am excited about helping to build on the success that has been delivered so far.

‘I feel that it is a great opportunity for me to make a real contribution and help the Club in a number of different ways, and I can promise everyone in the West Ham family that I will give it absolutely everything I have.’

Noble’s primary focus will be on helping players coming through the academy learn club values.

He travelled to the United States earlier this summer to complete an Entertainment, Media and Sports Business leadership course at the Harvard Business School. 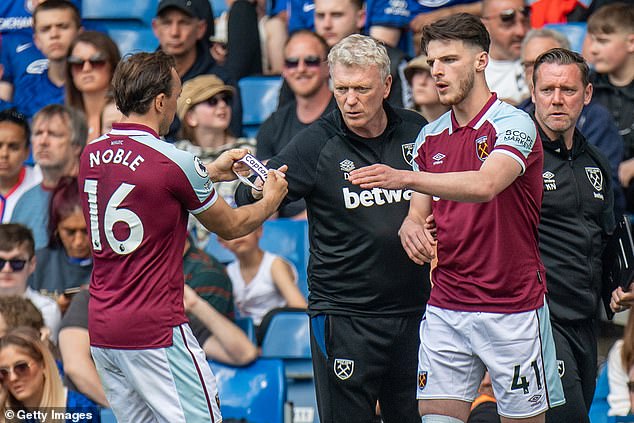 The Hammers have made a disappointing start to the season on the field, winning just one of their opening seven Premier League matches and sit in the relegation zone entering the international fortnight.

Manager Moyes said: ‘I am really pleased to welcome Mark back and to have the opportunity to work closely with him again.

‘He was a great asset and strength to me as a player and a captain, and I know he will give the Club and myself fantastic support again in this role.

‘As Mark has said, it is an opportunity for him to develop and grow in the position and he will have our full support in doing so.

‘There is nobody better qualified when it comes to understanding West Ham United and its ethos, and to bring new ideas to take the Club forward in the right direction.

‘I know from my dealings with Mark throughout his time as a player – and particularly when we were going through the hugely challenging COVID-19 pandemic – that he possesses all of the necessary skills and attributes, and the right personality and character, to be a huge success in this role.’ 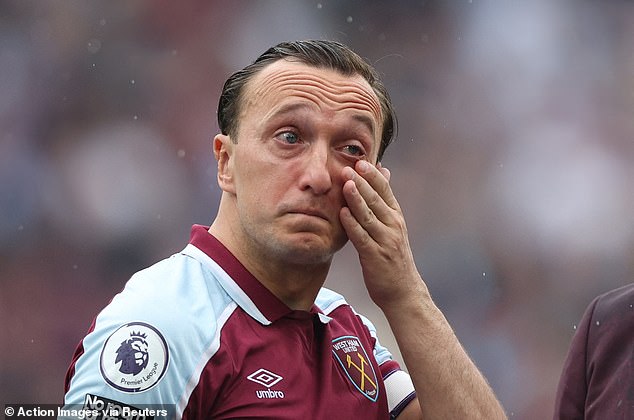 Joint-Chairman David Sullivan said: ‘On behalf of everyone at West Ham United, I would like to say how delighted we are that Mark has agreed to accept the offer to return in this new and exciting role.

‘He has been and always will be a part of the fabric of this football club. Mark rightly wanted to spend some precious time with his family after 18 years of non-stop devoted service as a player, but there was never any doubt that he would come back in a senior role in the near future.

‘He is already familiar in every aspect of the organisation, he personally knows all of the staff who work here across all departments, and he always puts the Club’s best interests at the heart of everything he does.

‘He will help to provide another strong link between the football operation and the wider Club, and will continue to be a great asset to West Ham United.

‘On behalf of the Board, we wish him all the very best and look forward to seeing him continue to represent West Ham United with passion, commitment and style.’