Mark Hughes took a dip into his memory on Saturday evening to recall the coping mechanisms he adopted as a striker when goals were scarce.

The lost souls of his Southampton attack desperately need to find a few of their own.

It has become the glaring weakness in this struggling team — for all they create, they cannot get the ball to the place it needs to be. 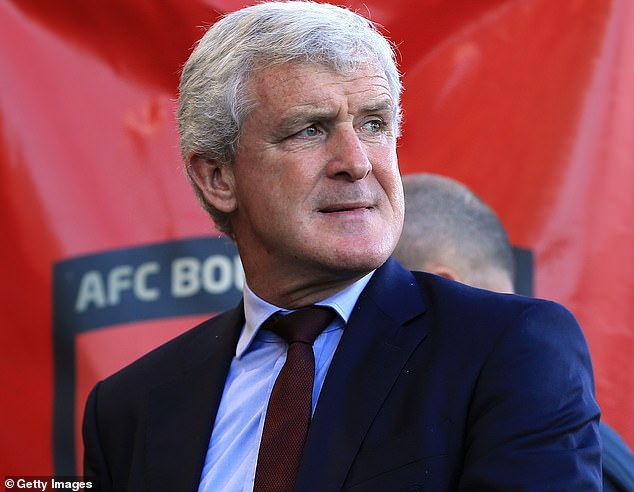 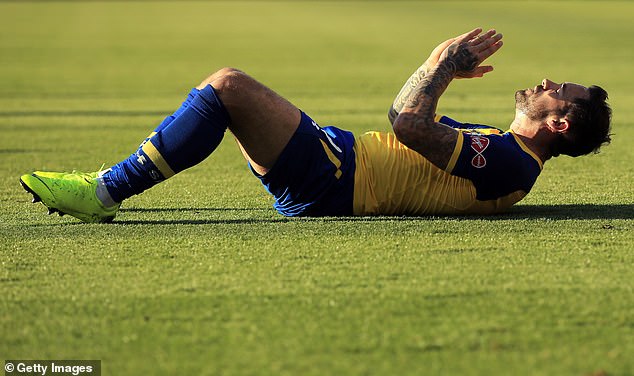 Hughes is painfully aware of the damning statistics and one in particular that shows they have had the fifth most shots in the division and yet have the second worst conversion rate.

In the case of Saturday’s 0-0 draw with Bournemouth, the most blatant example came from Manolo Gabbiadini’s stoppage-time header over the bar from no great distance — a great chance blown and with it the opportunity for only a fourth win in 17 league games for Hughes.

‘When I was on a run of not scoring and getting frustrated, I would just go back to the basics in training and do repetition of work,’ he said. ‘You remind yourself of what the ball hitting the back of the net sounds like. 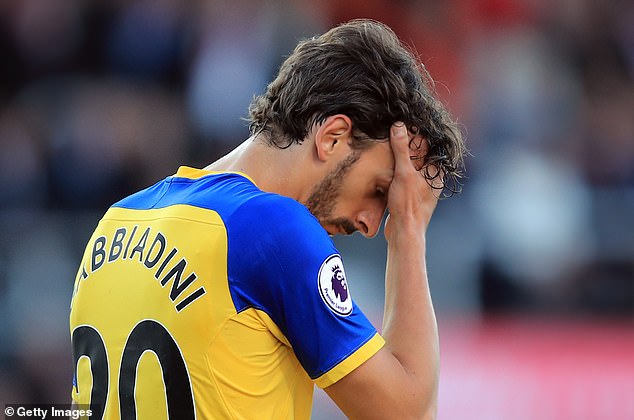 ‘Then when things do fall for you, because of the work you’ve done on the training ground, you do it naturally and that’s when you score.’

Simple, but it was usually effective back in the day for Hughes, whose Southampton future now hinges on a quick end to their worst scoring drought since October 2004.

‘We’re getting in good areas and we have good moments,’ Hughes said. ‘We should have converted more chances than we have. Our chance conversion rate is poor. If we can improve that, clearly that’s going to help us.’