Southampton boss Mark Hughes believes there is no cause for alarm at his side’s lack of goal threat.

The Saints host struggling Newcastle on Saturday looking to end a run of four Premier League matches without a goal – and in search of a first victory at St Mary’s this season.

While Hughes accepts his team could do with a ‘little bit of luck and fortune’ in front of goal, he has seen enough positive build-up play which, sooner or later, will be rewarded. 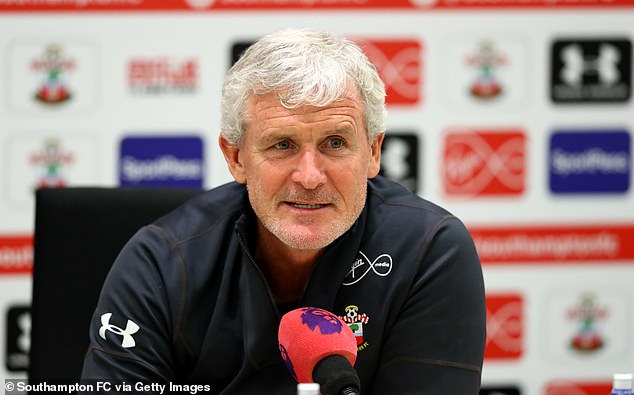 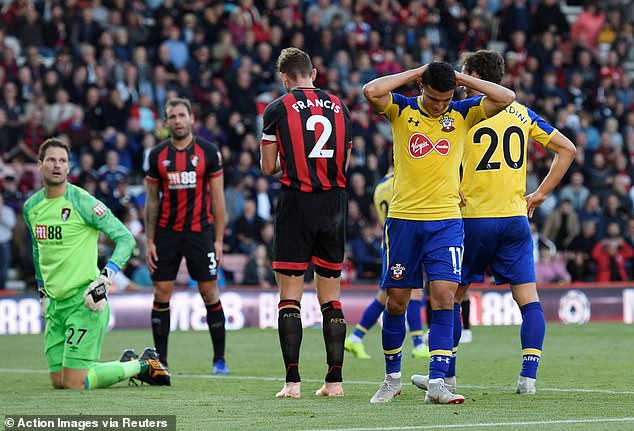 ‘I would be more concerned if we were coming out of games, looking at chances created and seeing it is a low number,’ Hughes, whose side have netted six times in nine games this term, said at a press conference.

‘In all the games we failed to score in, we had clear-cut chances in each and every one of them, but we need to up our conversion rate.

‘We are still creating chances where you expect us to score, but we haven’t taken them, so that is clearly what had held us back.

‘I would be more concerned if we were not creating chances at all. But in terms of shots on goal, we are up there in the top five or six in the Premier League. 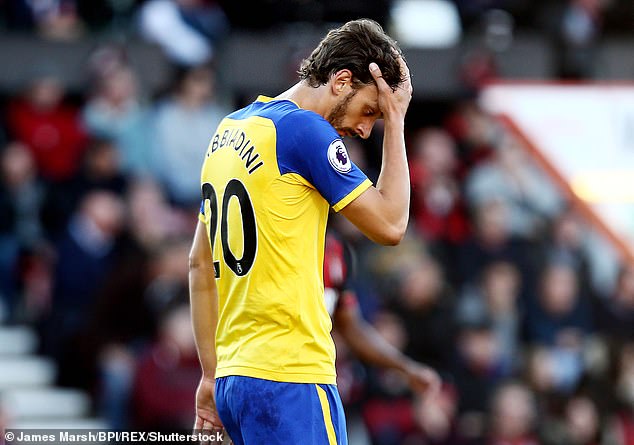 ‘It is about taking the chances we are creating, that is the key to us improving the ‘goals for’ column.’

Hughes insists it is not just down to the Saints forward line to put the ball in the back of the net.

‘The guys up front will always bear the brunt of the focus when you don’t score goals, so we need more of an input from them, but it is a collective thing – guys out wide to chip in, midfielders too and also defenders from set-pieces, everyone has a part to play,’ he said.

‘We just need to take that final step. If we continue in the same vein in terms of our general play and continue to create the same amount of chances, then our ability to take those will improve and we will start winning games.’ 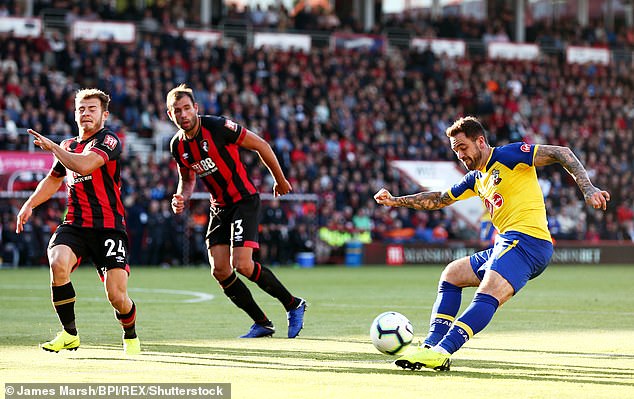 Despite Newcastle’s position at the foot of the table, with five defeats from the last six matches, Hughes warned against complacency.

‘I think there is a danger that people underestimate Newcastle at this moment in time. I think the fixture computer hasn’t been very kind to them,’ he said.

‘If you look at the games they have faced – Man United, Man City, they have played Tottenham, Arsenal and Chelsea as well – not one of those clubs has beaten them by more than one clear goal, so that suggests they are an accomplished side and is really the message I’ve been laying back to the players.’

Midfielder Mario Lemina should be in contention following a minor knee problem picked up against Bournemouth, but otherwise Hughes reported no fresh injury worries.