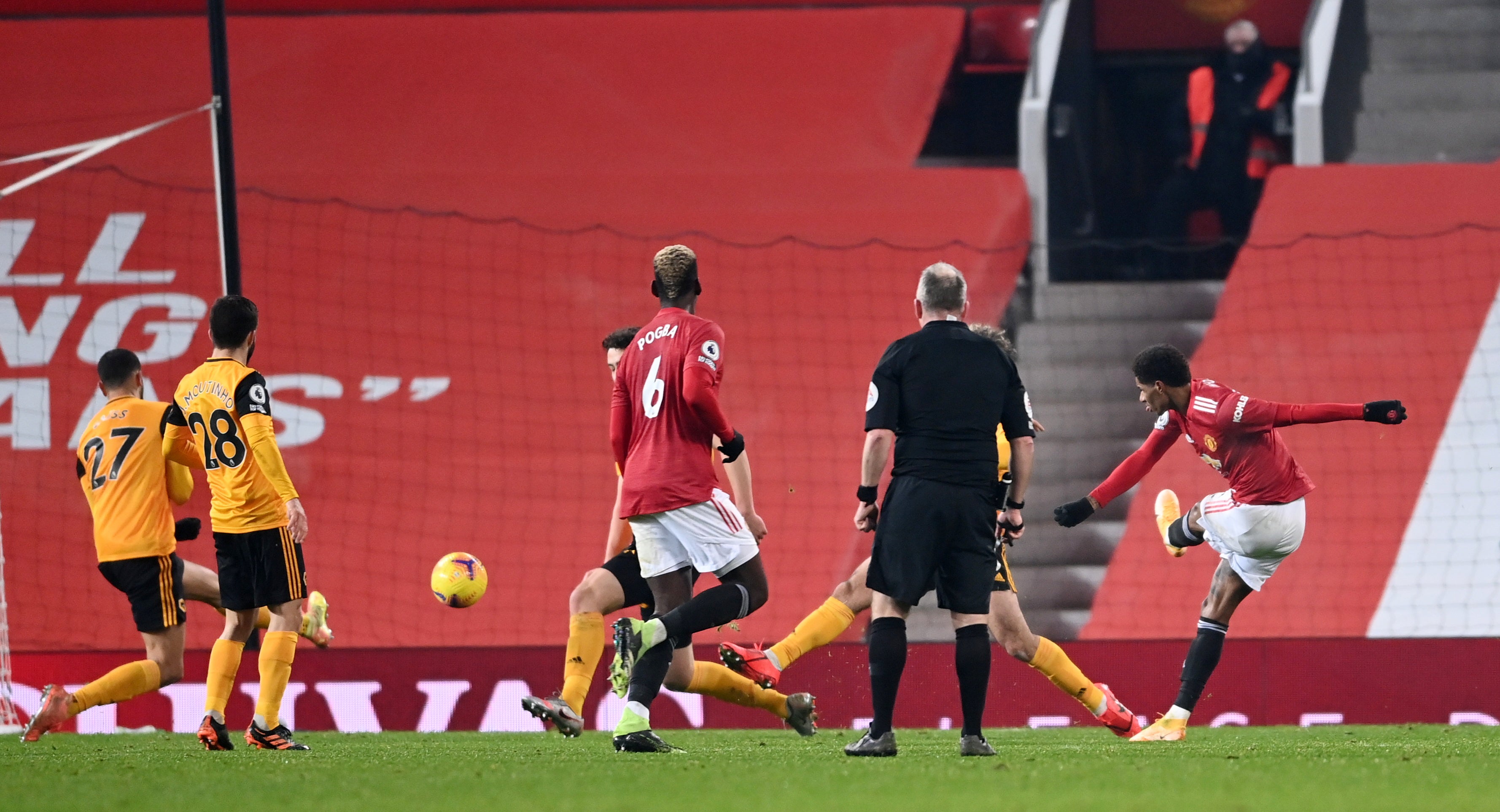 Other than that one moment, Wolves were comfortable playing in their deep, compact shape and threatening from counter-attacks and set-pieces. David de Gea was kept alert by early speculative efforts from Pedro Neto, Vitinha and Ruben Neves but had to make a spectacular and instinctive save to block Saiss’ near-post flick from a Neto free-kick. United’s substitutes roared and applauded.

Wolves knew that their best opportunities would come if they could set Adama Traoré loose, away from the attention of United’s centre-halves. One quick break on the cusp of half time, sparked by a crunching Joao Moutinho tackle on Fernandes, gave Neto the opportunity to do exactly that but his telegraphed pass was cut out by Eric Bailly.

If the first half was relatively low on incident, the second was quieter still. Cavani briefly thought he had found a breakthrough. taking advantage of Wolves’ inability to clear a corner and finishing from close range, but he was correctly flagged offside. Solskjaer appealed from the touchline as the ball had appeared to strike Conor Coady’s hand on its way through to Cavani but VAR did not intervene.

Paul Pogba, back in the starting line-up, stung Patricio’s palms from range with a low, hard shot that was otherwise destined for the bottom right-hand corner. Not long after, a neat Pogba pass found Anthony Martial in a rare spot of space in the final third but his effort was skied. Try as they might, United simply could not find the room they required between Wolves’ well-drilled defence.

As the final whistle neared, Rashford appeared to be going nowhere when chasing Fernandes’ long pass out to the right-hand edge of the penalty area but took advantage of Max Kilman’s momentary hesitation to collect the ball. After standing up Ait-Nouri, he cut onto his left foot and shaped for the far corner. The deflection off Saiss took his shot to the near post instead, wrong-footing Patricio, undoing all Wolves’ hard work and giving United a major result.