It might be his birthday, but Marcus Rashford had to work before he could celebrate as he arrived for training with his Manchester United team mates.

Halloween baby Rashford, who turned 21 on Wednesday, paused at the gates of United’s training base at Carrington to sign autographs for the waiting fans.

Then it was on to training for the England international, with United facing a tricky test away to in-form Bournemouth on Saturday lunchtime in the Premier League. 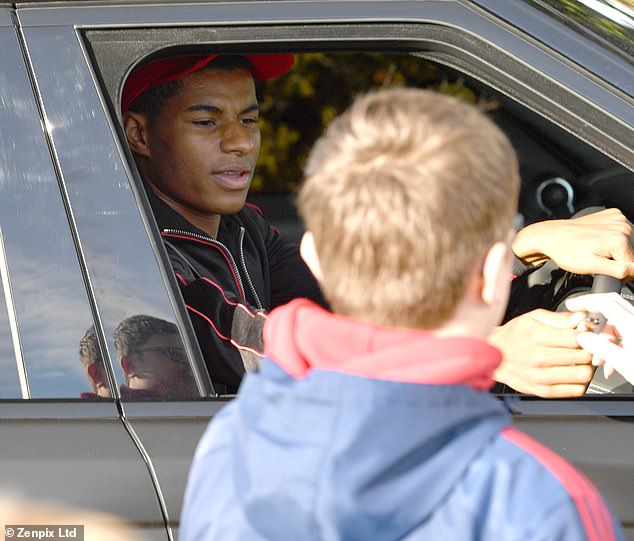 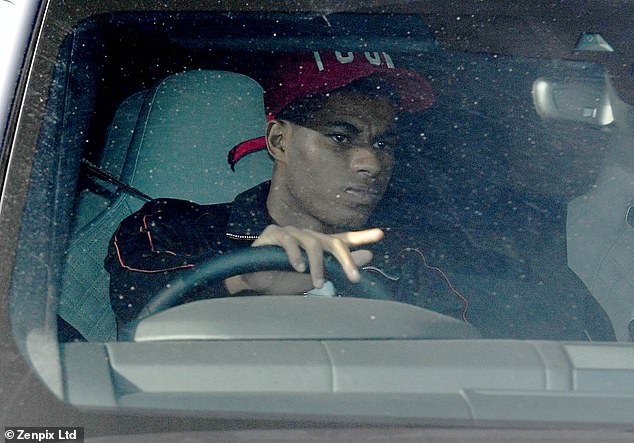 Rashford was celebrating his birthday on Wednesday, the England international turning 21 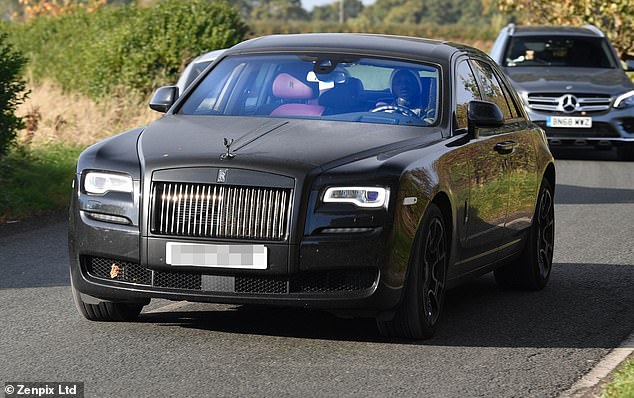 It was a case of samesies for Romelu Lukaku and Marcus Rojo, each in a black Rolls-Royce 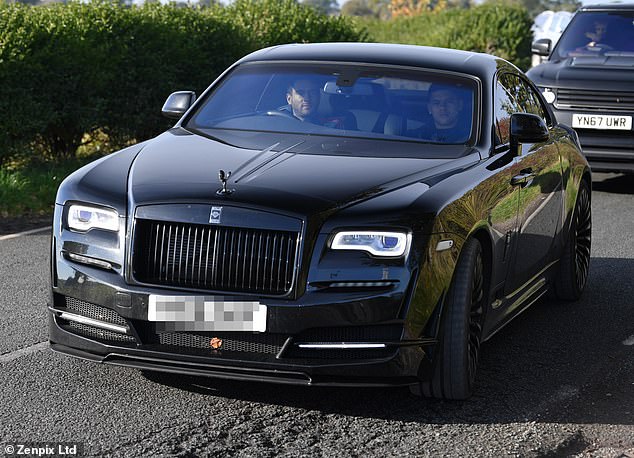 Rashford has only scored once in seven league appearances so far this season – a record he needs to improve to reach the next level, according to former United captain Bryan Robson.

‘The only thing I’d like to see is his finishing being that little bit better, where we get Marcus up to 20 or 30 goals in a season, whether he’s playing out wide or through the middle,’ Robson, who spent 13 years at United, told the club website.

‘He’s adapted well, because he has been playing wide as a player for quite some time now. But it educates you as a player and Marcus is going the right way to be a top-class player for Manchester United over the years ahead.’ 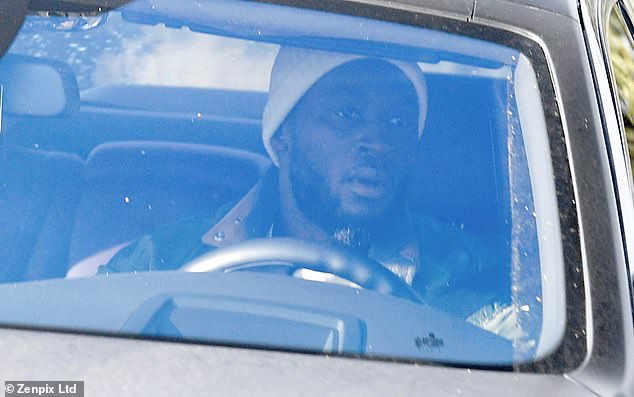 Lukaku wrapped up warm against the autumn chill, the striker wearing a woollen hat 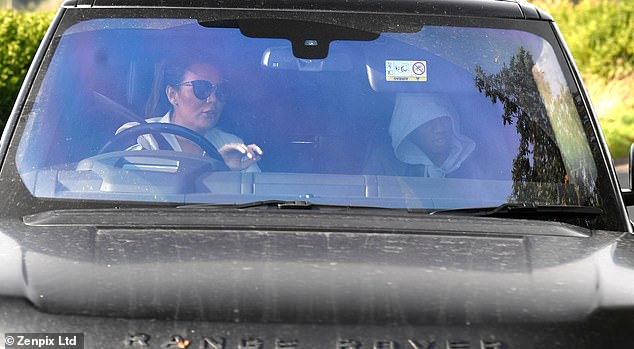 Ashley Young arrives at Carrington after getting a lift from his wife, Nicky Pike 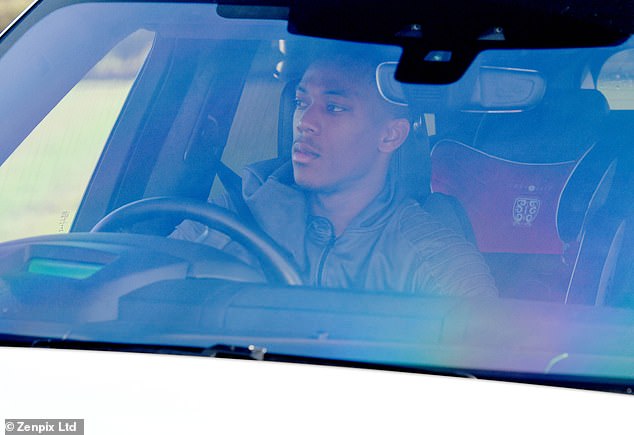 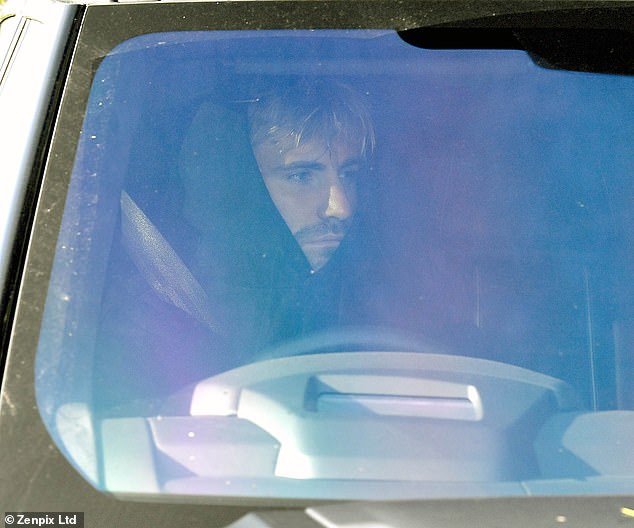 Luke Shaw, with a hoodie tightly wrapped around his face, was another braced for the cold

Along with Rashford, the rest of the United team arrived in their flash sports cars. Normally you can tell each player by their choice of wheels – although not in the case of Romelu Lukaku and Marcus Rojo.

Both Lukaku and Rojo ‘rolled’ into training in almost identical black Rolls Royces, silver flourishes on the Argentine’s front grill the only notable difference in the cars.

Plenty of the United players were wrapped up against the chilly autumn weather, Lukaku in a woollen hat, while Luke Shaw had a hoodie pulled up around his face.

After Bournemouth, United face a devilish double header – away to Juventus in the Champions League next Wednesday, before the Manchester derby at City on Sunday, November 11. 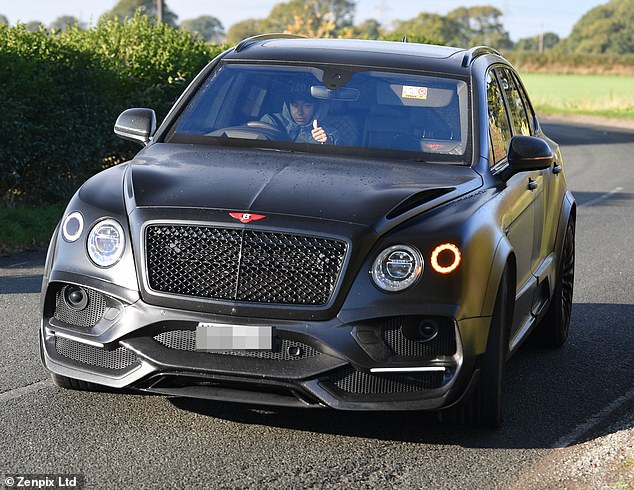 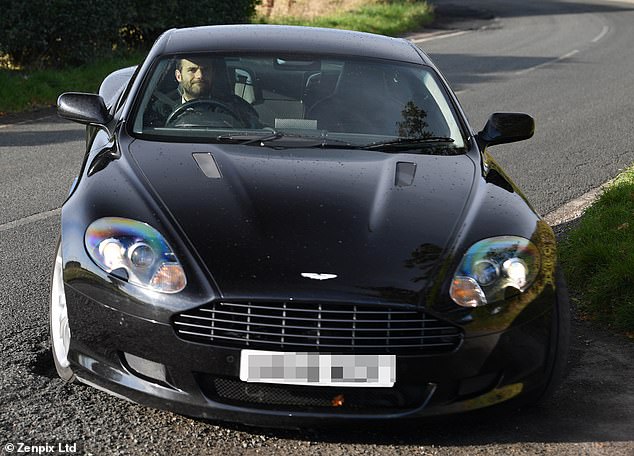