Ole Gunnar Solskjaer was delighted by Manchester United’s performance in the Europa League thrashing of Real Sociedad having been through a “difficult spell” in recent weeks.

After December’s galling Champions League group-stage exit, the Red Devils put together an impressive domestic run that saw them reach the top of the Premier League last month.

But things have gone awry recently, with Sunday’s disappointing 1-1 draw at embattled West Brom meaning they had just two victories to show from six matches in all competitions.

Solskjaer’s side got back to winning ways in style in Thursday’s Europa League last-32 clash against Sociedad, with Bruno Fernandes’ brace complemented by Marcus Rashford and Daniel James in a 4-0 first-leg win in Turin.

“We played well,” the United boss said. “We were more clinical in front of goal, of course, even though we had a few chances before we got the first one.

“But definitely when we got the second, the game opened up and we found ourselves in loads of space.”

Asked if he will make wholesale changes in the return leg at Old Trafford given progress to the last 16 is all but assured and they face a frantic fixture schedule, Solskjaer said: “No, we’ve got to take one game at a time.

“Of course we’ve got Newcastle first but we’ll put a strong team out because it’s about creating momentum. We’ve been through a difficult spell and I found tonight, or I thought we found ourselves a little bit tonight.

“I thought the boys had got that little bit of zip in their legs again so it was important to be able to take some players off. We still rotated the team. We’ll rotate, definitely, but, no, we’re not going to take the game lightly.”

James was among United’s five alterations in Turin, where Solskjaer said he displayed his “X factor” on a night when he wrapped up victory having provided Fernandes’ second goal.

Rashford – who scored the third – put the Portuguese through for the first-half opener, kicking off an impressive win and continuing his exceptional form since joining United from Sporting in January 2020.

“He always wants to do the next thing correctly,” Solskjaer said of Fernandes. 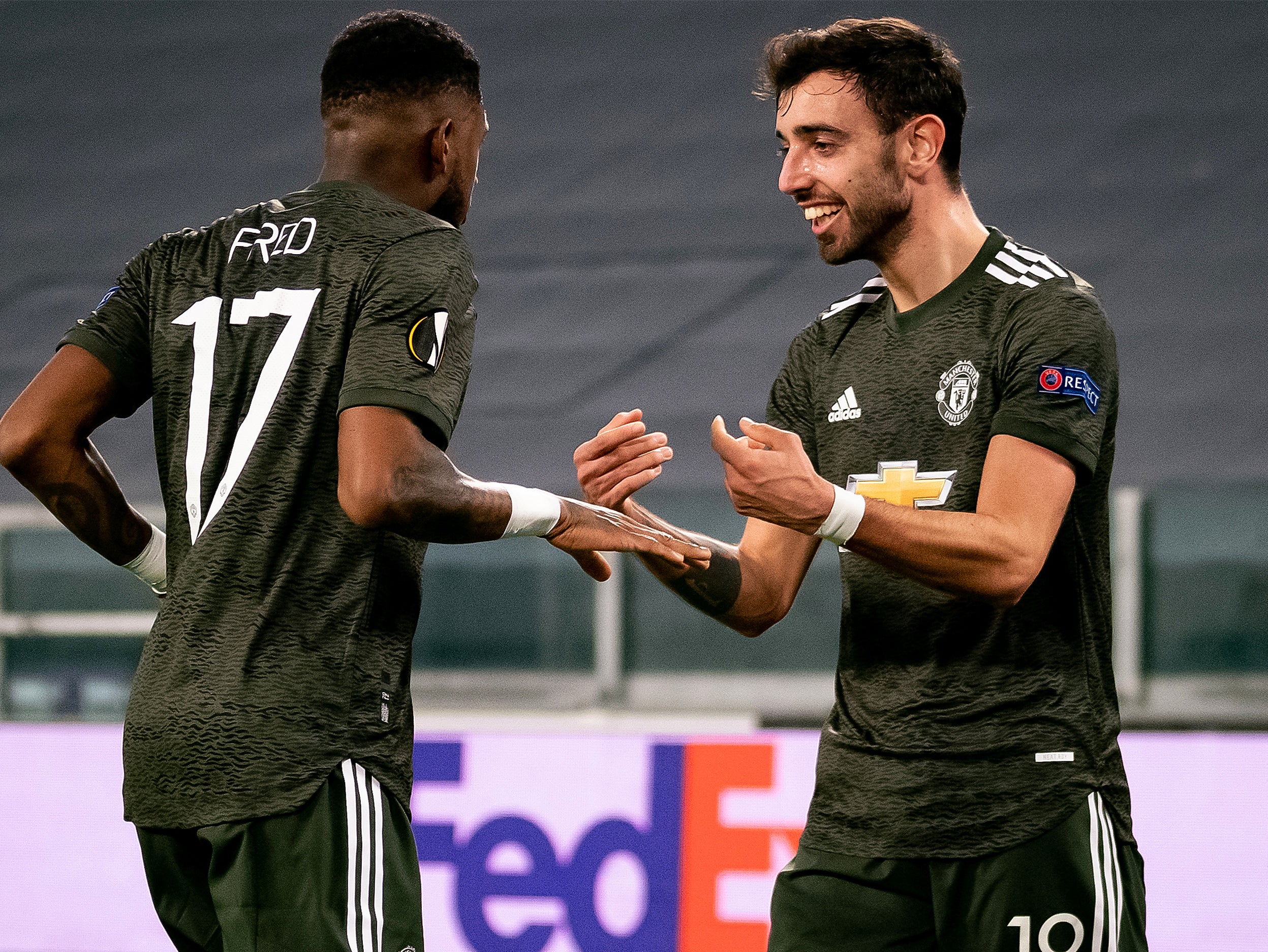 “He wants to do the next thing at the best of his ability and that’s a good attribute and quality to have that he never rests on his laurels. If he scores two, he wants three. If he has an assist, he wants another one. He drives everyone on.

“Of course sometimes he drives too much and he wants to do too much. I thought tonight he played his position well, we were in the spaces we wanted him and you can see how efficient he is.”

Amad Diallo was this January’s big-money arrival and the 18-year-old came on for his United debut in the closing stages at Juventus’ Allianz Stadium.

“We’ll make a decision on (whether to start him in the second leg) after Newcastle,” Solskjaer said.

“But he’s had a couple of games in the reserves and we’ll take it lightly. There’s still a few players who were on the bench tonight that would want to start, of course. But Amad is getting closer and we’ll see how much game-time he’ll get.”

United are all but through to the round of 16 ahead of the return fixture at Old Trafford, where Sociedad head coach Imanol Alguacil wants a response.

“They are very high quality at a physical level, technical level,” he said. “They are skilled, it’s a team of champions that we were facing. United are a great side, that’s what happened tonight. We want to show our style of play at Old Trafford.”