Manchester United are reportedly amongst four Premier League clubs keeping tabs on Fulham loanee Joachim Andersen. The Dane has been one of several transfer success stories for the Cottagers this season as they battle to maintain their Premier League status.

In the summer of 2019 while at Sampdoria, Andersen was heavily linked with both Arsenal and Tottenham respectively.

Yet it was Lyon who ended up winning the race for his signature but after just one year in Ligue 1, Andersen was made available for loan.

The 24-year-old hasn’t looked back since joining Fulham, although early damage to his ankle ligaments halted his progress.

But now he has been donning the captain’s armband for Fulham, who are keen on keeping him permanently should they stay up. 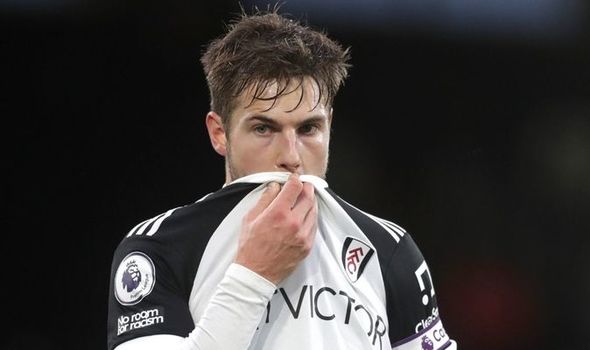 The Daily Telegraph also claim that Manchester United, Tottenham and Leicester are also interested in Andersen.

All three clubs will continue to watch him closely before the end of the season.

Express Sport understands that Tottenham’s alleged interest is genuine and that the player has already told Lyon he wants to remain in the Premier League next season.

Lyon chief Juninho has already hinted that may be the case, recently saying: “I think he will want to extend his adventure in the Premier League.

“He has played well at Fulham, and if he wants to come back, we will welcome him with open arms.”

United are in the market for a new central defender as they look to find a long-term partner for Harry Maguire.

Andersen could prove cost-effective in comparison to some of their other targets, which include Jules Kounde and Pau Torres.

He is set to represent Denmark at this summer’s European Championships and there is every chance he will want his future resolved before the tournament begins.

Should that be the case, we could see a bidding war commence at the end of the season when the transfer window opens. 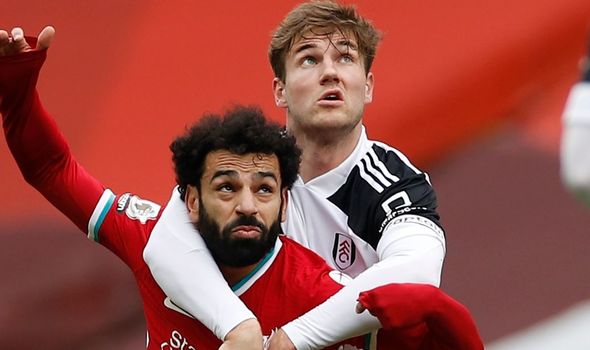 Andersen has already shown his commitment to Fulham by vowing to help keep them in the Premier League.

“I love when people are saying that we are going down because it fires me up,” he recently told The Sun.

“I want to show it’s not going to be the case. There’s no need to stress. In football, you always get what you deserve.

“When we played like we did for months, at some point it had to turn.

“It’s such a big, big goal to keep this club in the Premier League and I feel that from every single player in the squad.”